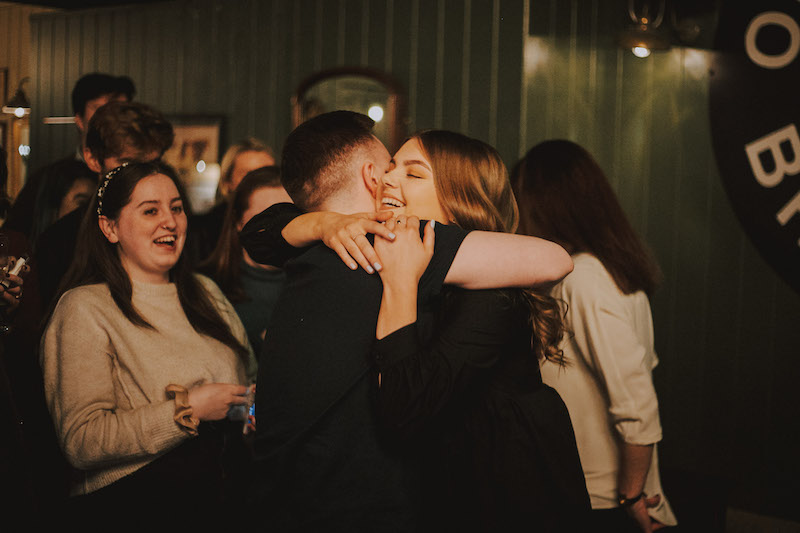 Valentine Laurent for The University Times

Leah Keogh has been elected welfare officer of Trinity College Dublin Students’ Union (TCDSU) on the first count, winning an uncontested race with 87.9 per cent of the vote.

Speaking to The University Times after the result, Keogh said: “I’m ecstatic, I’m relieved. I think people have faith in me and believe in me to be their welfare officer. I’m really looking forward to next year.”

A poll run by The University Times predicted that Keogh would win the race comfortably, projecting that the fourth-year social studies student would secure 89.2 per cent of the vote.

This year was the third in a row that the welfare race was uncontested, after several years in which several candidates fought it out for the role.

During her campaign, Keogh cited her wealth of experience with student activism and social work training as testament to her suitability for the role. Keogh had previously served as a consent workshop facilitator, chair of TCDSU’s Oversight Commission and secretary to Council.

Keogh’s flagship policy was her promise to tackle issues of financial hardship among students. Keogh committed to establishing a student welfare partnership with Academic Registry in order to address college structures that “don’t serve students”. She also touted reforms that targeted the College’s €385 re-admissions fee.

In another major manifesto point, Keogh promised to implement a sensible drug policy in conjunction with Student for Sensible Drug Policy, in an effort to encourage harm reduction. She intends to organise “safeTalk” training to be made available through the HSE for all Trinity students and staff to supply better support for students with suicidal thoughts.

She also promised to maintain records of casework data to supplement the report and increase transparency. This would in turn help inform future welfare officers of target areas.

Other points of her manifesto covered inclusion, sexual health and transparency within the Union.

Throughout hustings, Keogh anchored her election pitch in her manifesto points, using question and answer sessions as a platform to flesh out her key ideas. She also committed to maintaining the progress made in recent years in the areas of consent and sexual assault reporting by working with the Union’s consent intern.