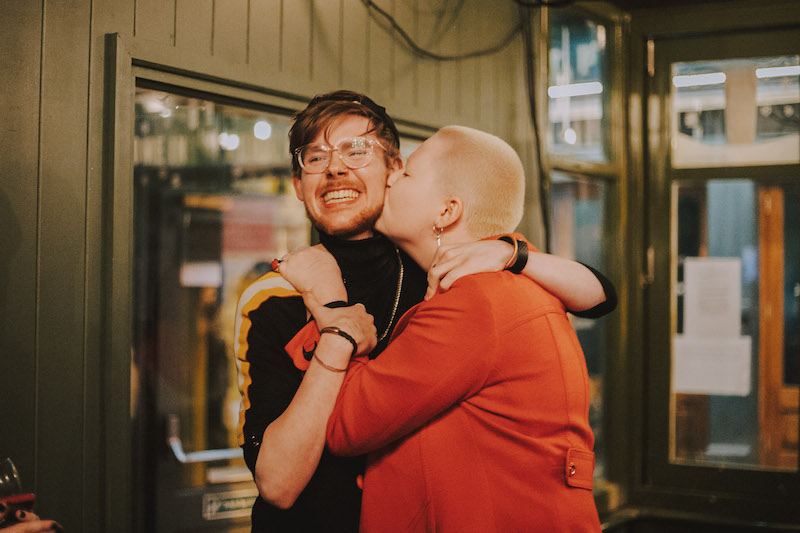 Valentine Laurent for The University Times

Philly Holmes has tonight been elected communications and marketing officer of Trinity College Dublin Students’ Union (TCDSU), defeating Hiram Harrington to the role with 50.6 per cent of the vote.

Speaking to The University Times following his win, Holmes said: “I’m so happy, I’m so relieved and I’m so grateful to everyone.”

Holmes’s win is in keeping with polling conducted The University Times, which put him on course for a comfortable win.

In a race that saw candidates maintaining overtly cordial relations throughout, Holmes ultimately prevailed with a pitch that emphasised engagement and accessibility – features traditionally associated with the communications aspect of the role.

Harrington, who often struck a more personal tone while also sticking closely to their manifesto points, emphasised their experience in marketing companies as evidence of their suitability for the role.

Each candidate brought something different to the role. Harrington is undeniably well-versed in TCDSU matters, due to their place on the communications team of incumbent Communications and Marketing Officer Muireann Kane.

Holmes, meanwhile, ran a slick and professional campaign, with a clever online presence that he maintained over the two weeks.

Holmes took to the campaign trail with greater innovation than most candidates have in the past. He utilised many elements of social media, using Instagram to share brief – if informative – clips explaining his policies, while also launching a story-filter of his own rounded glasses to encourage voter engagement.

On Facebook, Holmes introduced a ChatBot for undecided students to interact with on his policies, which also gave users the option of messaging him directly should they feel unsatisfied.

Marketing, however, didn’t get much of an airing throughout the campaign, despite claims by Kane that it’s the most important responsibility that comes with the role.