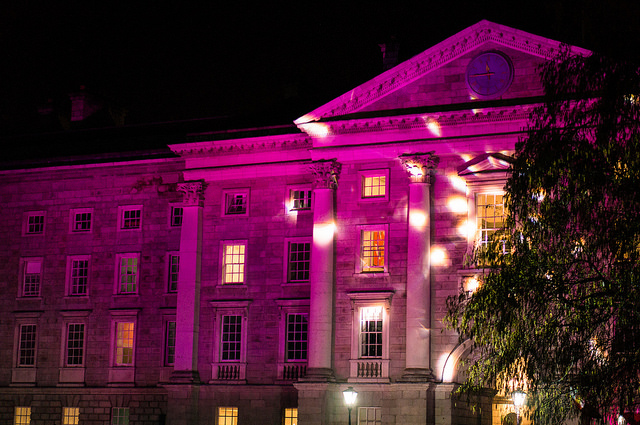 Refunds for Trinity Ball tickets will “take some time” to process, College has said, following the cancellation of the ball yesterday due to the coronavirus outbreak.

Ticket-holders will receive a full refund, but College has asked them to “refrain from emailing the Trinity Ball address with individual requests for updates”.

In an email sent to students and staff, the Trinity Ball committee said it was “conscious of the important part that the Trinity Ball plays in students’ experience of College but, at this time of an international crisis such as none of us has ever witnessed, the Committee is certain all Trinity Ball 2020 patrons will appreciate the impossibility of proceeding with the event”.

“The Trinity Ball Committee wishes to acknowledge the enormous amount of work that has already taken place across Trinity College in preparation for the Trinity Ball 2020 and to publicly state its appreciation for that work”, the email said.

“The Trinity Ball Committee wishes to assure all Trinity Ball 2020 patrons that they will receive a full refund of the purchase cost of their ticket/s. The reimbursement process will take some time but will be accomplished as quickly as possible.”

The email continued: “The Trinity College Dublin Students’ Union staff and Dublin University Central Societies Committee staff who initially processed all payments have access to the details necessary to facilitate reimbursement. The Trinity Ball Committee would ask for patrons’ patience and to refrain from emailing the Trinity Ball address with individual requests for updates.”

Speaking to The University Times yesterday, Trinity College Dublin Students’ Union Ents Officer Judith Robinson confirmed the ball would not go ahead, saying: “Following the announcement today that was made the Taoiseach that colleges will close, and the extension will be made until the 19th of April, obviously that means that Trinity Ball will be unable to go ahead.”

Robinson also confirmed that ticket holders would be issued a full refund.

“This is very unfortunate as we had a fantastic lineup and a massive amount of work was put into preparing for the ball”, she said, “but it is for the best, as everyone’s health and wellbeing is what’s most important at the moment”.

This year’s line-up for Trinity Ball included Eat Everything, Rejjie Snow and DJ Seinfield, and was to be headlined by Tinie Tempah, who also played at the ball in 2010.

The line-up for Trinity Ball was leaked accidentally on Facebook by Rejjie Snow, hours before the official line-up.