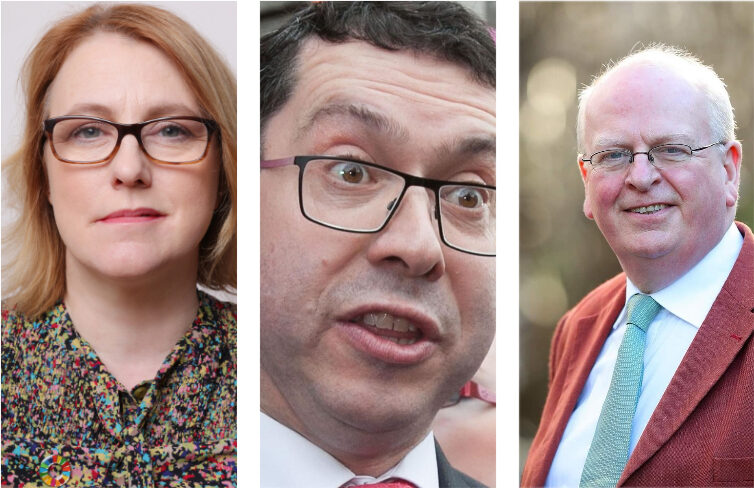 Incumbent Senators Rónán Mullen, Michael McDowell and Alice Mary Higgins have been re-elected to the Seanad in the National University of Ireland (NUI) panel.

Mullen reached the quota on the first count with 9,642 first-preference votes. He exceeded the quota by 112 votes.

McDowell reached the quota on the ninth count and Higgins was elected on the 16th count.

Ruth Coppinger, the Solidarity–People Before Profit politician who lost her Dáil seat in the general election earlier this year, finished the count in fourth place.

Mullen was first elected to the Seanad in 2007. He was a leading opponent of the proposal to amend the Irish Constitution to allow same-sex marriage, as well as a vocal opponent of repealing the eighth amendment.

McDowell was elected to the Seanad in 2016. He had previously held a seat in the Dáil for the Progressive Democrats. He was Tánaiste from 2006 to 2007, but resigned from the party in 2007.

Higgins was also elected a Senator in 2016. She obtained an MPhil in theatre and cultural studies in Trinity after graduating from UCD.

Bacik is Reid Professor of Criminal Law in the Law School, and is also a former president of Trinity College Dublin Students’ Union (TCDSU). She takes the Labour Party whip in the Seanad, and is a long-time activist with the party.

Norris is the longest-serving senator on the panel. He was the first-ever openly gay person to be elected to public office in Ireland and was a leading figure in the decriminalisation of homosexuality in Ireland.

Lynn Ruane, a sitting Senator since 2016, is currently vying with former Ireland rugby international Hugo MacNeill for the third seat. After the seventh count, Ruane has 3,348 voters, with MacNeill over 1,000 behind on 2,342.

MacNeill, who won 37 caps for Ireland and lined out for the British and Irish Lions, currently works with the Trinity Centre for People with Intellectual Disabilities.

Ruane pipped Sean Barrett, then a sitting Senator, to a Seanad seat in 2016 while serving as president of Trinity College Dublin Students’ Union.