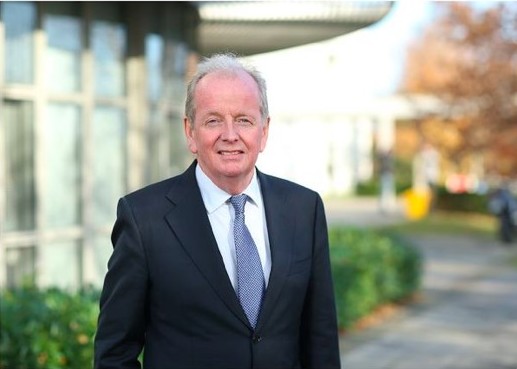 Des Fitzgerald said UL is “aiming and hoping for a September start but ultimately, the timelines will depend on progress in controlling the pandemic”.

The University of Limerick (UL) does not expect to admit new students until late October, but hopes to re-open for current students in September, its president has said.

In an email sent to UL staff and students, seen by The University Times, Des Fitzgerald wrote that the university is “now very unlikely to come back together physically as a community until some stage in the late summer”.

Fitzgerald said the postponement of the leaving certificate – announced earlier this week by Taoiseach Leo Varadkar and Minister for Education Joe McHugh – “provide some indication on the timing for entry of new students into University of Limerick in the autumn of 2020, probably in late October”.

For current and postgraduate students, he said, “we are aiming and hoping for a September start but ultimately, the timelines will depend on progress in controlling the pandemic”.

Fitzgerald added: “I want to stress that great uncertainty remains. Countries that are exiting the first wave of the pandemic are experiencing a level of resurgence of Covid-19.”

UL has come under fire in recent weeks over its unwillingness to provide students who have left its accommodation with pro-rata refunds.

Students leaving UL’s accommodation have been told they can claim back deposits paid at the beginning of the year, but will not be refunded rent that covers the rest of the semester.

UL Student Life – the college’s students’ union – wrote in a statement that UL “is the only university in Ireland not offering refunds to students for their on-campus accommodation. This position is simply untenable”.

“The University of Limerick must show a duty of care to its students during the Covid-19 pandemic. Refunding students for their unused accommodation would take a significant financial burden off students this year.”

Trinity has promised students who leave its accommodation a pro-rata refund, after prompting uproar last month when it gave students less than 48 hours to vacate.

The following day, this newspaper reported that many international students were scrambling to find a way home – with several reporting huge “stress and anxiety” and many hitting out at the College. One asked: “What the hell were they thinking?”

Trinity drew the ire of both Lorna Fitzpatrick, the president of the Union of Students of Ireland, and Trinity College Dublin Students’ Union (TCDSU) President Laura Beston for the short notice and lack of consultation with students.