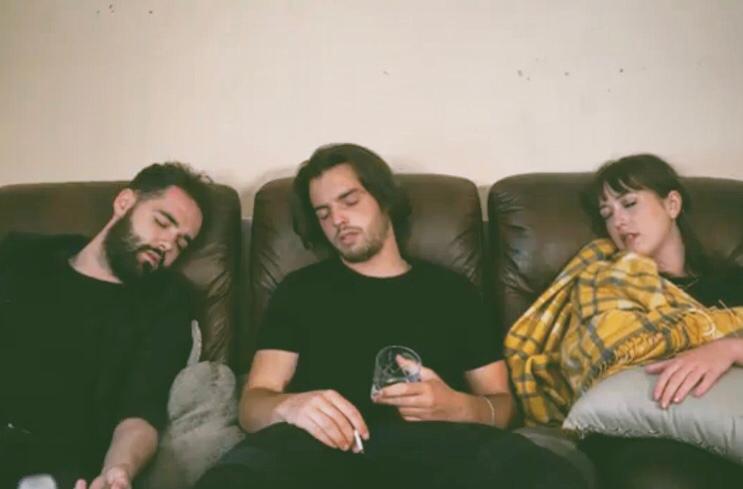 Dublin Fringe Festival’s decision to cancel its outdoor events this year has given the self-diagnosed “Zoom fatigue” sufferers among us a lot to think about. Breathing down the neck of your tall nemesis in the nosebleeds may not be a celebrated feature of this year’s festival season, but is that reason enough to disengage? The team behind theSpaceUK would say it’s not.

To cater for the cultural cavity left behind by the cancellation of the Edinburgh Fringe Festival this year, the production company has curated an online equivalent: [email protected] This platform is currently playing host to over 80 shows online – all written and produced during lockdown – that are free to view and accepting donations for the duration of its online fringe festival, running until August 30th.

Anseo|anois theatre, an Irish company of Lir and Trinity graduates, is currently showcasing Keeping Vigil as part of the online festival – the 22 minute pre-recorded production has been created specifically for theSpaceUK’s reimagined platform.

By now, I’ve grown accustomed to the tricks and traps of theatre made for digital consumption, but I find anseo|anois‘s manipulation of the form particularly impressive. The play begins not in the standard split screen, but with three actors peering down into a single lens, making me feel as though I’m barely born or freshly deceased. Furrowed brows, stiff necks and an awkward grumble of “it’s a lovely necklace”, point me towards the latter and I find myself, suddenly, at a disconcerting starting point.

The frame then shifts to a three-way split screen, drawing the audience in towards the faces of our now seated protagonists. The peripheral matching couches and throws imply that the actors are in the same room. The format also draws the audience’s attention to the minute emotions playing across each actor’s face – a luxury rarely afforded in a bustling auditorium. This brings out the very best in Oonagh Wall’s script, which laces the bittersweet reunion of three childhood chums with poignant subtleties and familiar miscommunications.

On the other hand, the obvious height disparity between the couches behind each actor grates uneasily against the seamless passing of a bottle from one to another, as if it only travels the breadth of the screen. While these inconsistencies can be attributed to the novelty and limitations of the form, they may spoil the production’s otherwise slick aesthetics for a pedantic directorial eye.

Excellently cast, the commitment of the actors is undeniable. In saying this, Amy Kidd’s hybrid accent misses the mark in places. Playing a country girl who has been swallowed whole by the big smoke, the actress is faced with an evolving fusion of colloquialisms that I’m sure many of us can empathise with. A stray D4-British lilt comes through at times – perhaps the most glaring example is her pronunciation of her cousin Ardan’s name – but Kidd’s performance is otherwise commendable.

The comfort and chemistry between Kidd, Éanna Grogan, and Adam Richardson sustain the magic of Keeping Vigil. Testing the heat of old flames, resenting the prodigal daughter returned and making peace with thankless sacrifice, Wall’s tale is told with ease and in words that feel achingly familiar. This production captures the feeling of a sudden homecoming, and experience of taking a fresh glance at a once familiar person or place from the safety of the welcome mat.

Keeping Vigil reminded me of the immense value of virtual theatre. Although imperfect, as live performance is on any given night, it creatively captures a moment in time and explores the ranging emotions coursing through today’s world. Through the screen, I feel as though I have known those emotions, I know those people and no doubt, will know that bittersweet mourning again. Until then, roll on the Dublin Fringe Festival and the reimagined magic that awaits us.

Keeping Vigil is available to view for free at [email protected] until August 30th.