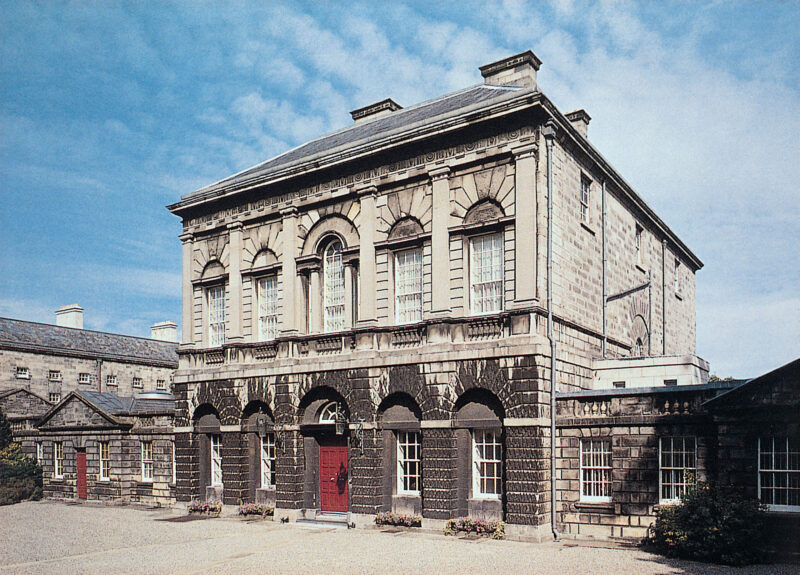 The year 2011 was something of a turning point for higher education in Ireland: with the country still reeling from the 2008 financial crash, the future was bleak. Graduates were leaving college to an empty job market, many of them having to emigrate. The government had just imposed a “student contribution” for undergraduates, a thinly veiled re-introduction of fees which had been abolished 15 years earlier.

Having 10 years between leadership elections is something of a university quirk – few political leaders with similar amounts of power and influence get to hold onto it for so long. A lot can change in a decade, but it may well be the case that the issues that defined the 2011 election could resurface for next year’s vote. Talking points in 2011 included Trinity’s ambitions on the world stage, the importance of philanthropic support for the College and of course the financial crisis. Now, with a no-deal Brexit still on the cards and the coronavirus pandemic drying up much of College’s revenue streams, funding will undoubtedly still be a primary issue.

“I think Patrick Prendergast ultimately won because he had significant experience, had done a good job as Dean of Graduate Studies and later as Vice Provost”

So what can this election’s candidates learn from the 2011 election? Are there any secrets as to what can secure a candidate a win?

Patrick Geoghegan, a lecturer in Trinity’s Department of History, should know: he was campaign manager to the current provost. In an email statement to The University Times, he explains why he thinks his candidate was successful: “I think Patrick Prendergast ultimately won because he had significant experience, had done a good job as Dean of Graduate Studies and later as Vice Provost, and a majority of voters were prepared to trust his judgment on the big issues and for the challenges ahead”.

Geoghegan describes the 2011 as “good natured, without the unpleasantness of some national political ones”.

Nikolai Trigoub was president of Trinity College Dublin Students’ Union (TCDSU) in 2011. Speaking to The University Times, he recalls that while student politics was having something of a watershed moment because of the re-introduction of fees, undergraduates in Trinity didn’t pay much attention to the Provost elections.

“To be honest, it wasn’t paid attention to by students. That year was a big year for student politics – it was in the middle of a recession, there was the fees, there was all of that. I think that was a bit secondary to all of it, being honest.”

The union votes did not go to Prendergast – students instead backed Colm Kearney, a professor of international business in Trinity. At the time, Kearney told this newspaper that “to succeed, College must renew its commitment to its core principles and values, ensure that it continues to attract the best students, and provide the best teaching and student experience across all disciplines. College must also continue its amazing progress in research and creativity. This will require the front of College to focus on the work that the centre should do – ensure that our academics have effective administrative and support systems”.

While student politics was having something of a watershed moment because of the re-introduction of fees, undergraduates in Trinity didn’t pay much attention to the Provost elections.

Prendergast, in the view of many students, represented continuity, not change, Trigoub says. “He was very much seen as the establishment, or like a continuation of what would happen… I think students may have interpreted it that way.”

“I think that for him to get the student vote would have been difficult”, he adds, “considering he was one of the establishment characters. I think there was that bit of anti-establishment feeling or [a feeling that] someone coming in from the outside into Trinity would have been favourable to students”.

Next year, Vice-Provost Jürgen Barkhoff will witness his third provost election since he began his tenure in Trinity in 1995. He was Registrar of the university during the 2011 election.

Speaking to The University Times, Barkhoff cites the financial crisis as a key influence in the 2011 election: “The question of funding was very much at the forefront… it was a time when the country was in receipt of a bailout, where the government funding for universities was slashed year after year. We had a recruitment freeze, we had a promotions freeze and we had pay cuts.”

“A dominant theme of the provost election was how we should respond to that – how we would lead the college successfully out of this crisis and into the future.”

But, he notes, a provost election in general brings some philosophical questions about Trinity and its place in Ireland and beyond. “Provost elections more generally are an opportunity for the whole college community to discuss fundamental questions. Who are we? How do we position ourselves within Ireland, within Europe, among the universities of this world? What do we want to deliver to our students? What are our values? How do we want to contribute to society? How do we want our research to be transformative?”

At the time of writing, there are four candidates in the running – all of them female. Barkhoff identifies this as “defining feature” of the 2021 election. In both of the previous elections he’s been around for, “the candidate field was male with one female candidate”.

“We don’t know what the candidate field will look like in the 2021 provost election but we know already that there will be four internal candidates that are women who all have great leadership experience within the college. That is a very remarkable development and it is something I think that is highly significant.”

Geoghegan is reluctant to speculate what the big issues may be in the 2021 election: “When it comes down to it no one knows what the issues will be over a ten year term, so it is really about making a judgment about who you think will be the best person to deal with the unforeseen and unexpected.”

”Provost elections more generally are an opportunity for the whole college community to discuss fundamental questions: Who are we? How do we position ourselves within Ireland, within Europe, among the universities of this world? What do we want to deliver to our students?”

As for the current provost, Geoghegan believes that history will judge his success. “Ultimately, I think you can really only judge a provostship ten or twenty years after when things have settled and I think this one will be remembered for the reimagining of the curriculum, the number of new buildings, new developments and new initiatives, and for the way Trinity showed a renewed self-confidence in the way it engaged with national and international issues.”