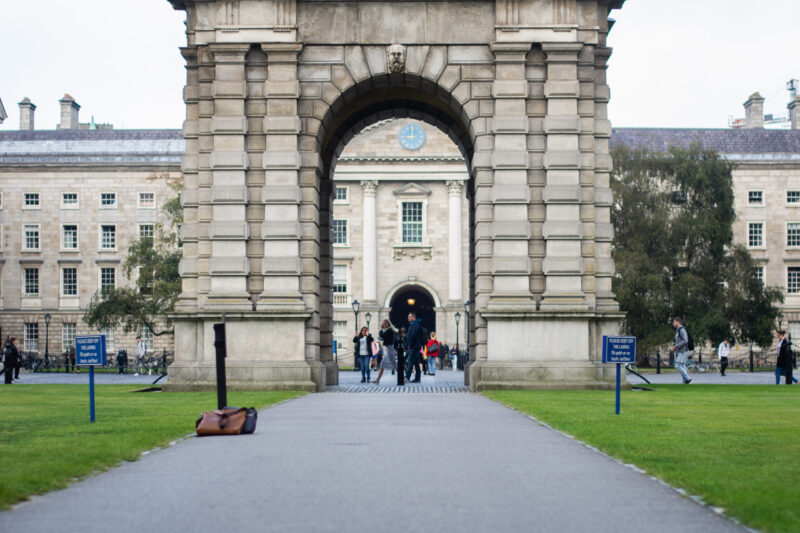 Trinity’s three provostial candidates have come out against proposed changes which would see sweeping changes to governance structures in universities.

A document outlining the legislation by the government stated that the Higher Education Authority (HEA) will first allow the university to fix any issues that arise. However, if the HEA decides that the issue “has not been resolved to the satisfaction of the HEA that action will be taken”.

In serious situations, this action can include the “dissolution and reconstitution” of the governing authority of the university.

The legislation also proposes reducing the size of governing authorities to 12 members, and swaying the College Board’s make up in favour of external members appointed by the government.

While all oppose the bill, some candidates were harsher in their condemnations than others. Doyle, for one, said that the legislation is “very bad for us”, while Ohlmeyer said that it would “wreck Trinity’s collegiate governance structure”.

Hogan, meanwhile, struck a more measured tone in her criticism of the legislation, saying that it was “understandable” that the government “consider the role it can play in the higher education sector”, but added that she believed “it would be sensible to allow the College community to complete its own internal governance reform process which has been underway over the last year”.

Speaking to The University Times, Doyle said: “The proposed HEA legislation is very bad for us.”

“Of course accountability is crucial, but I feel that the document as it’s written [sic] in a way suggests we do not already function under a huge level of accountability.”

“The democratic ethos of Trinity must be defended”, she concluded.

Like Doyle, Ohlmeyer was heavily critical of the proposed legislation. “This is a bad bill. It threatens Trinity’s autonomy and ability to govern itself effectively, and it has to be stopped”, she said.

“It will wreck Trinity’s collegiate governance structure, removing the valuable contribution of students and staff members, and replacing the wisdom and experience of those who know Trinity best with Government appointees who will have a disproportionate amount of power”, she said.

Ohlmeyer said she believed that the Bill represents “the most serious threat Trinity has faced to its autonomy in many decades”, because it targets “the heart of who we are and everything we want to achieve as a university”

Trinity was made an exception to the Universities Act 1997, and a separate Bill was passed for College to enable it to retain its autonomy.

“We need a similar solution now”, Ohlmeyer said, calling for “our own bill for Trinity outlining a governance structure that is true to our values and works for us both now and in the future”.

“Strategically”, Hogan said in a statement to this newspaper, “Trinity’s Board based on its current model of elected representation from across the College, along with some external members, works well and is part of our collegiate decision-making structures”.

Hogan also said that “some change may be preferable”, and suggested that it would be “entirely appropriate” to have an independent chair of Board, rather than the current setup in which the Provost is the chair of Board. She said that she would also support majority voting instead of decision making by consensus.

“Essentially we need to preserve the best of Trinity’s cherished governance traditions but reflect on how we can make some changes that make the level of participation and decisions arrived at better. These questions and others concerning reform will no doubt continue to arise for consideration and I look forward to engaging further on them internally and externally during my Provostship.”

On February 19th, Minister for Higher Education Simon Harris opened a consultation process on the legislation, ending on March 5th.

A confidential memo brought to College Board – seen by The University Times – stated that the heads of Ireland’s universities and the governing authority chairperson attended a briefing session with the secretary general and other officials in the department on February 22nd.

Many members present, the memo said, “expressed serious reservations about the tone of the document which spoke to greater state control, and various views were expressed, some positive and some negative about proposed membership of the Governing Authority/Board”.

The memo added: “The Department officials agreed to engage in further consultations with regard to the proposals but expressed determination to complete consultation by March 5th.”