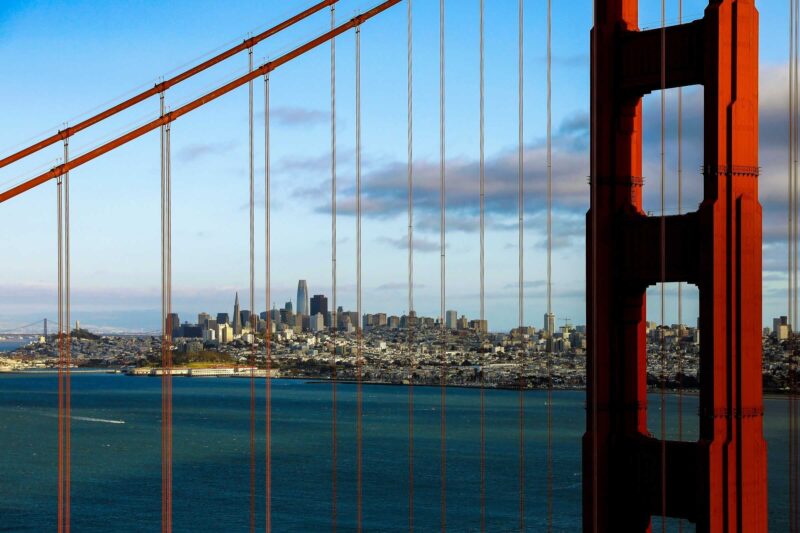 The “Future Cities” series – organised by Trinity Development & Alumni – ended on a high with a riveting talk from Dr Jonathan Reichental, who painted an idealistic vision of the trajectory of technology, from lanes of drones in the sky to autonomous cars reducing the hazards of driving.

The talk – moderated by Prof Anna Davies, an expert of geography, environment and society in Trinity – began with Reichental, the CEO of Human Future, speaking about how he fell in love with cities and worked for the government as head of technology in Palo Alto. He has gone on since to advise governments across the world on how to run cities.

“If we’re going to have a great history, then it’s going to start with cities”, he told viewers. He is not wrong. As he pointed out, we have become an urban planet with more people now living in cities than rural areas, and two to three million people moving into cities every week worldwide.

Throughout the talk Reichental discussed the idea that 21st-century problems – of which there are many in cities – require 21st-century solutions.

And it is clear that Reichental is an early adopter – at least by Irish standards – of new technologies.

Replacing paperwork in town halls with digital alternatives, and thinking of new ways of delivering this data and information that is impossible in analogue form, is one example of technology impacting cities.

This, as one of the viewers pointed out, comes with other concerns about privacy. The bottom line, Reichental said is that “we’ve got to prioritise cyber security in the public sector”. Digitisation is here to stay, so it is now about coming up with smart regulations to improve the transition.

Perhaps the most vivid image of the future that Reichental painted was that of lanes of drones flying through the city skies.

The rise of drones, Reichental said, will be similar to the rise of smartphones. “Today when you look up in the sky on a main street, you’re not going to see a drone”, he mused. “I think we’re going to wake up one day and there’s going to be lanes and lanes of drones backwards and forwards over our heads.”

Reichental said that he believes we are also nearing the end of driving as we know it. Eventually cars will be like horses – you can ride them around fields, but driving down the motorway will be a thing of the past.

This will make things safer for people and allow governments to build cities around people rather than cars. The 1.4 million people who die from car accidents every year could drip dramatically.

“If self-driving cars even half that number, and the projections are that it’ll be much, much better than that, that’s a big deal” he said.

However, Reichental was keen to stress the importance of the community being involved in how cities develop and how technology should be used.

“As we look out about tomorrow and the next week and months, what we’re faced with are actual choices. We don’t get to be bystanders”, he said.

Instead, people have to interact with their local government and communities have to be listened to. This, he said, is where bold ideas come from.

Reichental finished the “Future Cities” series on a hopeful note. Trust, he said, should be a priority for policy makers looking to make cities “smart”.

He said that governments need to “over communicate”. At the moment trust is low between city hall and the community. However, the trust issue, Reichental said, can be solved quickly.