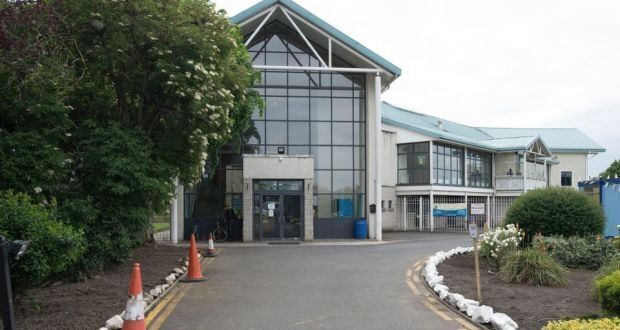 More than three years after Trinity completed the purchase of the Iveagh Grounds sports facility in Drimnagh, renovations that College committed to carrying out on the site have not taken place.

A major investment in the whole grounds – which Trinity promised when the sale was completed – has not been put in motion, with College stating that the pandemic slowed down the timeline of the renovation plans.

Speaking to The University Times, Dave Thomas, the chair of the Guinness Athletic Union (GAU) – which is based in the grounds, having owned them before College bought the facility – said: “When the deal was signed, Trinity promised they were going to completely do the whole place. The whole grounds. They were supposed to invest millions in doing this to bring up the quality of the ground.”

“They haven’t done anything”, Thomas said.

In 2017, Trinity completed the purchase of the Iveagh Grounds after a three-year negotiating process.

Iveagh Grounds is a 17-acre facility which includes soccer, rugby, GAA and hockey pitches, as well as a pitch-and-putt course and a bowling green.

Although the Iveagh Grounds belonged to Diageo, it had been occupied by the GAU since the 1920s, with a key sticking point in negotiations involving the role of the GAU at the facility after the deal’s completion. GAU affiliated-clubs which had been using the facility include St James Gaels GAA Club, Guinness Ladies Hockey Club, Guinness Rugby Club and St James’s Gate Football Club.

The all-weather pitch at the grounds is currently “unusable”, according to Thomas.

In an email statement to The University Times, Trinity Media Relations Officer Catherine O’Mahony said that the renovations were “still Trinity’s strategy”.

“We are very much committed to redeveloping the site”, O’Mahony said. “A feasibility study was conducted in this regard in 2018. Naturally, as with many other projects of the kind, the development of this plan has been impeded by COVID-19.”

Thomas said that the GAU had a positive relationship with Trinity overall, but there was a lack of clarity over the renovations.

“They still have the commitment that they will upgrade the whole grounds. It’s not just one pitch. They talked about the hockey pitch … the hockey section were anxious when all the discussions [were ongoing] that they would get the hockey pitch, which is fairly old, either upgraded or repaired.”

“There was commitments made that this would happen, but there was no dates on when that would happen”, he said.

There was also confusion over the extent to which Trinity would support footfall in the bar at the grounds.

The bar was closed for most of the past year due to the pandemic. Earlier this month, the GAU confirmed on Twitter that “the club will not be able to reopen the bar”.

It was hoped that “when Trinity Students were using [the grounds] there would be some footfall that would actually increase the takings of the bar, which would make us more viable”, Thomas said.

“That didn’t happen, but that wasn’t part of the agreement”, he added. “They never guaranteed anything.”

O’Mahony said: “We have fulfilled the obligations set out in our agreement with the GAU.”

“We are in conversation with the GAU at present regarding their ongoing position to operate within the Pavilion at the Iveagh Grounds, and it would be premature to pre-empt the outcome of that conversation”, she said. “Provision of sporting facilities to GAU clubs is separate to this conversation and will continue to be delivered as best possible.”

In 2017, The University Times reported on the acrimonious negotiating process that led to the purchase of the Iveagh Grounds.

Over the three years of negotiations, the GAU increasingly felt like it was caught in the middle of cumbersome talks between the College and Diageo, the previous owners of the grounds.

Negotiations were often characterised by frustrations on the side of the GAU, with the club’s then-chairman Eddie Tyrell complaining to The University Times, in November 2017, of being kept in the dark over several details about Trinity’s plans for the facility.

The GAU claimed it was vital that the club was given information on the deal before an agreement was signed.