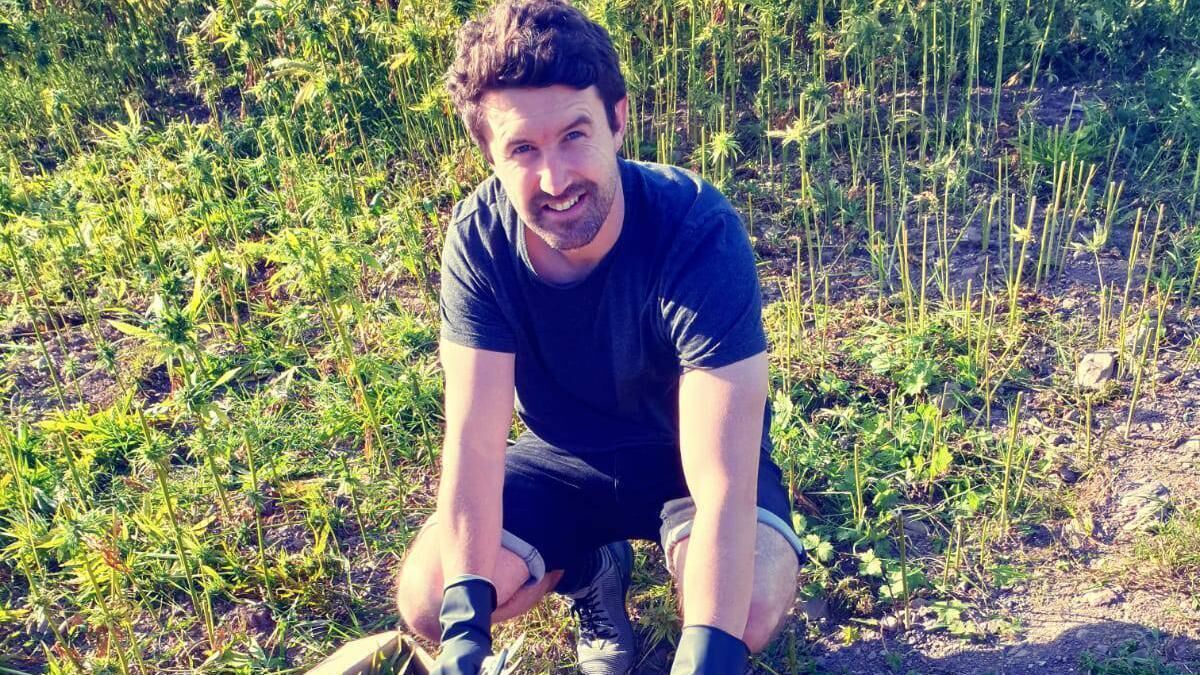 Research around the potential benefits of cannabis has recently gained new traction at Trinity. CB1 Botanicals, a hemp-growing company, based in Youghal in Cork, is collaborating with College to look into the prospect of hemp-derived compounds to fight neuroinflammation – an inflammatory response in the brain or spinal cord.

Yet what is it specifically about the cannabis family that warrants this research?

Cannabis, more commonly known as marijuana, contains a psychoactive drug that is derived from the cannabis plant. Public discourse around marijuana use often centres on debates concerning the drug’s legalisation and decriminalisation, usually painting the drug in a negative light.

For some uses, this negativity is warranted, according to a 2018 review article published in Practical Neurology. The authors state that availability of Cannabidiol (CBD) oils on the high street could be dangerous if the products are sold without strong evidence of medical benefits. And as far as recreational use goes, “the arguments about who may benefit from cannabis-derived medicines should be entirely uncoupled from discussion surrounding the legalisation of recreational cannabis”, the review’s authors write.

However, cannabinoids are a broad family of molecules, found in the cannabis plant, that have wide-ranging effects on the body by interacting with specific cellular receptors. Tetrahydrocannabinol (THC) is the cannabinoid responsible for the psychoactive properties of marijuana, but other cannabinoids and Cannabis derivatives show therapeutic potential.

“The fact that our body has that system in place to respond to extracts of the cannabis plant indicates that there is a naturally occurring cannabinoid molecule in the body”, says Dr Veronica Campbell, a professor in the Trinity College Institute of Neuroscience who studies cannabinoid pharmacology and neurodegeneration.

“Interestingly, cannabidiol is not psychoactive, eliminating the complication of using cannabinoids for therapy”, Campbell adds. Cannabinoids have an array of actions on the body, often anti-inflammatory in nature, which indicates promise as a therapeutic drug. Specifically, some cannabinoids may help with neuroinflammation, or inflammation in the brain, due to injury or neurodegenerative disease.

Speaking further about her research, Campbell discusses how her work involves mimicking the conditions seen in the brain of an Alzheimer’s patient, focusing on the neuroinflammatory component and how cannabinoids have been shown to reduce inflammation in these models. Cannabinoids have also been shown to reduce Alzheimer’s-related neuron death, she says.

However, Campbell is quick to acknowledge the damage that a recreational high can cause. The psychoactive cannabinoid THC causes a high after smoking or consuming marijuana. Campbell explains that THC can be a double-edged sword: at a low concentration, it can be a good option for self-medication, for example in patients with multiple sclerosis. But at higher concentrations, THC can lead to brain damage and neurodegeneration.

Clearly, the interactions between cannabinoids and brain function are closely linked, a fact that has been harnessed to treat another condition originating in the brain; epilepsy.

THC can be a double-edged sword: at a low concentration, it can be a good option for self-medication, for example in patients with multiple sclerosis. But at higher concentrations, THC can lead to brain damage and neurodegeneration

Trinity’s Prof Mark Cunningham studies the neurophysiology of epilepsy in the School of Medicine. He explains how Epidiolex, pure cannabidiol drug which has been approved by the US Food and Drug Administration, helps in the treatment of specific cohorts of epilepsy patients.

Cunnigham details how the numerous seizures that characterize a childhood seizure condition called Dravet Syndrome drastically affect childhood development. Treatment with Epidiolex causes up to a 75 per cent reduction in convulsive seizures in Dravet Syndrome patients, according to a 2017 clinical trial published in the New England Journal of Medicine.

“We have gone from a situation that had a lot of anecdotal evidence to an approved medical drug based on an active compound of the cannabis plant; cannabidiol”, Cunningham details.

In spite of these exciting results, Cunningham advises caution.

“The brain is still developing”, he explains, referring to children treated with cannabidiol drugs like Epidiolex. “We still do not know the precise mechanisms of action by which cannabidiol is stopping seizures from happening.”

There is still much to learn about the pharmacology of cannabinoids, according to Cunningham, but “the problem could also be a positive” he says. There appear to be many types of cannabinoid receptors in the body which may be exploited to treat other complex conditions like epilepsy.

Trinity’s latest addition to its existing cannabidiol research is its recent collaboration with CB1 Botanicals. The Youghal-based company aims to look at previously under-studied compounds found in the cannabis plant called flavonoids.

Diarmuid O’Riordan, the CEO of CB1 Botanicals, cites research done in 1987 demonstrating that two compounds extracted from the cannabis plant, Canflavins A and B, were thirty times more potent than aspirin as anti-inflammatories. These findings were never corroborated, but inspired O’Riordan to examine the properties of these compounds further.

His objective in collaborating with Trinity is to determine how these compounds work as anti-inflammatories in immune cell models, with hopes for those findings to be further applied to disease models.

Approval of cannabis-based medicines in Ireland is complicated, as the restrictions surrounding THC content are extremely strict. Campbell discussed that presenting more research in this area and the increase in prominence of cannabis-related research at Trinity will accelerate understanding of how these plant derivatives can be harnessed as treatments.

Campbell cites 60 different cannabinoid molecules in the cannabis plant that can be extracted and purified, as well as the flavonoids being investigated by CB1 Botanicals. It is clear there is huge potential for discovering further therapeutic effects of these plant derivatives.