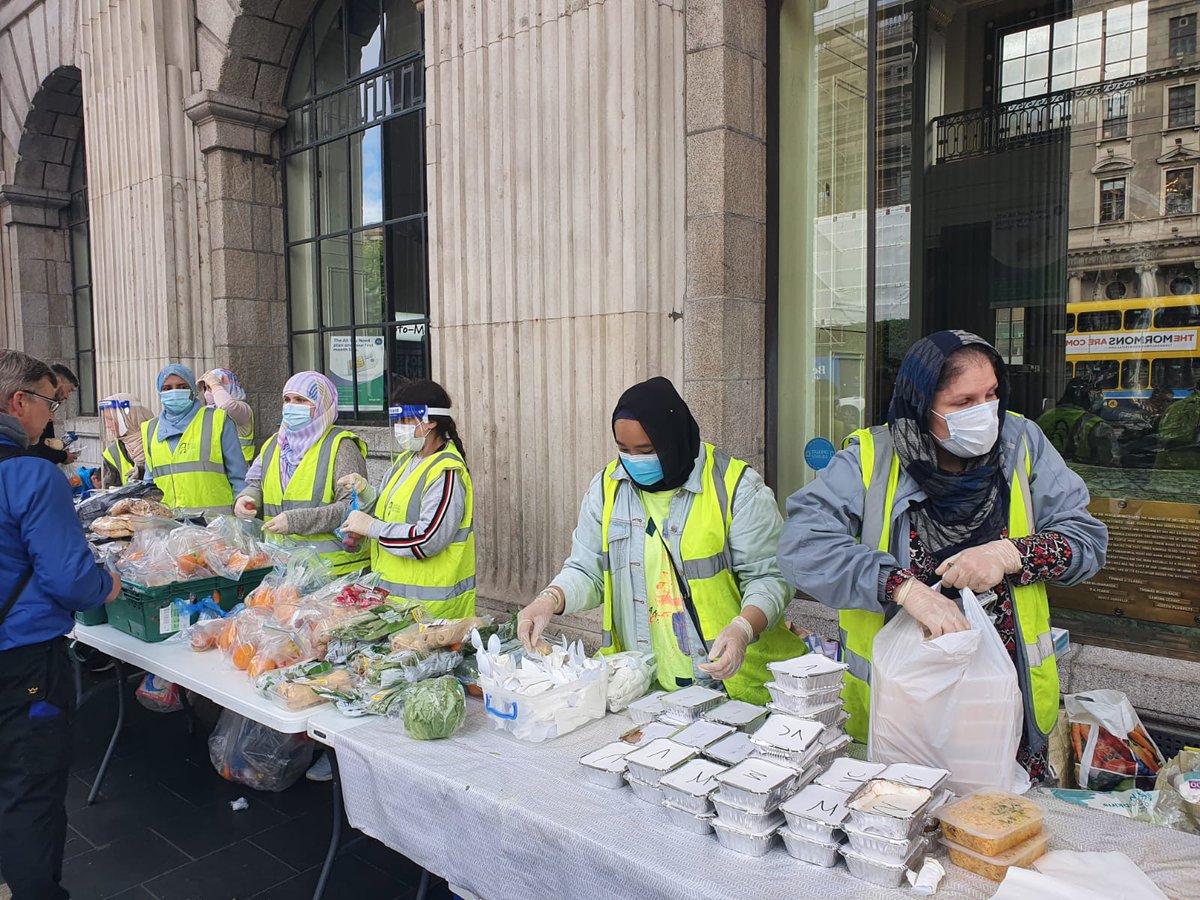 Lorraine O’Connor, the founder and chairperson of Muslim Sisters of Éire, is writing a book. In our conversation together, she peppers her stories with snippets of its content. Snippets which reveal two aspects of her youth – the seed of spirituality her mother planted, and the importance of being a rebel.

“One week I was at bible studies loving it, loving the spirituality. The following week I was in the back of a Garda van caught drinking in the fields.”

Growing up in Coolock, O’Connor describes her background as “predominantly Catholic”. Her spiritual journey started there in the 1980s, yet rerouted in a different direction in the early 2000s.

“I became a Muslim in 2005, started wearing the hijab in 2005 … The minute I put on my hijab my identity was changed. Society took that from me.”

I never forgot where I came from. I may have changed my fate but I didn’t change my identity

“To me, I was still Lorraine from the northside of Dublin but in society I was perceived as an immigrant in my own country … I was told: “Go back to where you came from’. I’m like: ‘Yeah okay, where’d you want me to go?’”

While O’Connor’s hometown of Coolock and her northside accent remained firmly lamented as part of her identity, many saw her conversion to Islam as a sign she had forgotten her roots.

“I never forgot where I came from. I may have changed my fate but I didn’t change my identity.”

“You’re changing my identity. You’re identifying me now as a Muslim woman and you’ve stopped identifying me as Lorraine from the northside of Dublin. Your religion shouldn’t define who you are as a person, or what kind of woman you are.”

O’Connor felt there was only one way to get the upper hand – through education. So taking a leap of faith, she enrolled herself in women’s studies at University College Dublin (UCD).

“I find that a feminist would look at me as a very oppressed woman. Yet, I’m actually very liberated. So in order to understand that I needed to go back and study that.”

“I had about 20 pieces of jigsaw … And I had the picture in my mind. I needed to try and put all these pieces together.”

Education and experience in volunteering had brought those pieces together for O’Connor. She knew what she needed to do.

I wanted to be non-affiliated to any mosque, and solely an independent women’s organizstion just for itself to show: These are Muslim women, these are women that are out on grassroots levels on the forefront

“After them five years, it was like: “Okay, I need to do something now for Muslim women’.”

In 2010 O’Connor founded the Muslim Sisters of Éire. A non-profit organisation to provide support to Muslim women in Ireland, promoting social inclusion while also conquering prejudice and misrepresentation.

“I wanted to be non-affiliated to any mosque, and solely an independent women’s organizstion just for itself to show: These are Muslim women, these are women that are out on grassroots levels on the forefront. What’s going on? Are these women not supposed to be at home bound to their husbands?”

“I knew that Muslim women have an awful lot of rights in Islam. And I know that western society doesn’t perceive Muslim women as having any rights, and that they’re very oppressed. They think they’re voiceless.”

O’Connor describes to me how in today’s climate, compassion for Muslim women and their rights can be inconsistent and faltering.

O’Connor tells me that Ireland has improved as a place to wear the hijab since 2005, but society’s negative connotations with the hijab still endure – harbouring a pattern of self-consciousness within many young Muslim women.

“There is a difference now because it’s very much seen, but there’s still a stigma to it. I’m not going to lie and say there’s not.”

When I’d be talking to the Irish women, they’d say: ‘Oh my god, we used to be afraid to say hello to a Muslim woman, we didn’t know what way to take her’. There was misunderstanding on both sides

“In the heat and in the summer when the girls are going around in hijabs, people are going to look at them and say: ‘This is oppressive’ – not seeing that this is the choice that they choose to make. That can be difficult on young girls.”

O’Connor works to empower Muslim women like herself and build their confidence. She saw a pattern of low self esteem in many of the women in her community who found it hard to integrate into society.

“They would just go to the mosque, stay there, go home and stay within their bubbles. I’m going, well, Ireland is your new home. I plead you to come out and let people see the real truth about Islam and what it is about.”

“Dublin 12 women’s action group did flower arrangement classes and loads of Irish women signed up for it. So then I got our group to enroll in these classes as well … so the formation was starting.”

“When I’d be talking to the Irish women, they’d say: ‘Oh my god, we used to be afraid to say hello to a Muslim woman, we didn’t know what way to take her’”

“So there was misunderstanding on both sides.”

But after that, bonds are formed over tea and cake and chat. “They don’t shut up and that is just beautiful.”

Charity is one of the five pillars of Islam, O’Connor explains. “When the charity aspect comes into it, race and creed and religion does not hold a place.”

“They say ‘feed our own’ or ‘look after our own’. This is when you say to the woman – well, do that … Ireland is now your home. And this is your counterpart, so you need to help them.”

“That’s going to be out now in the next two weeks, we’re doing all the direct provision centres. We’re going to give them out to women and then they’re collected once a month and refilled and sent back to them again.”

But that’s only their most recent project. Seven years ago, O’Connor began running a food bank from her home.

“I had several men and women who would all come to my house on a Friday night and we’d all make sandwiches and so forth. And then men would go out with flasks of tea and sandwiches but they were coming home with half of the stuff.”

“I was losing the plot. Because I grew up here in the eighties and knew all the places where you should go and they weren’t listening.”

Their efforts were seemingly fruitless. That was until one late night drive through the city, when O’Connor encountered a woman running a soup run outside the GPO.

It was very hostile to go in there with one flask, one table, four women with hijabs on their heads

“She told me there was no one on Friday … I said bingo! That’s what we needed. And that’s when the soup run was formed.”

Seven years later the soup run is still going strong – finding its home every Friday outside the GPO. However, like many things, the beginning of the pandemic in March saw the table outside the GPO shut down.

“The guards said for our own safety you need to close down.”

But they didn’t, really. O’Connor’s home was reinstated as the headquarters of a food bank, sending out 50 to 60 hampers a week.

Looking back on their first soup run seven years ago, O’Connor recalls the initial challenge setting up the table.

“It was very hostile to go in there with one flask, one table, four women with hijabs on their heads.”

Undaunted and unperturbed, O’Connor managed to form a connection.

I tell you one thing: we’re very respected

“Me being me, I was able to communicate with them”, she tells me.

A communication which, O’Connor insists, does not require any Irish accent or Dublin dialect.

O’Connor notes that it’s not just the homeless who need their support.

“There’s all walks of life down there. But I tell you one thing: we’re very respected. It’s got to the point where I don’t even have to be down there on a Friday night. The team run it and they’re amazing.”