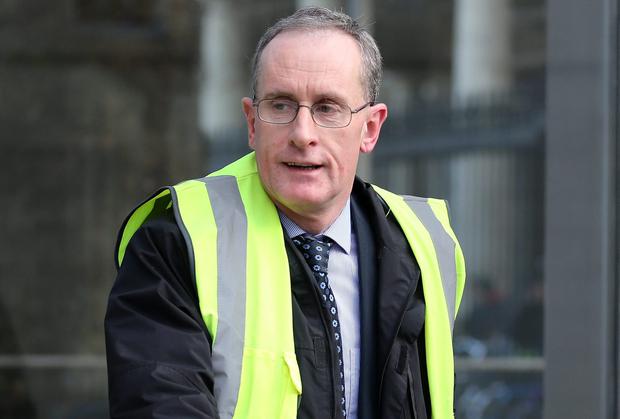 Dublin City Council’s Chief Executive Owen Keegan has suggested that student unions should consider entering the property market if they want to solve the crisis shortage of student accommodation.

Ruari Power, the president of University College Dublin Students’ Union (UCDSU), wrote to Keegan in relation to the decision to allow a private student accommodation provider to rent 571 flats to non-students for this academic year.

The exchange between the two, seen by The University Times, culminated in Keegan writing: ​​“If you genuinely believe that excess profits are being made in the PBSA market I am surprised the Students Union has not entered the market itself and provided lower cost student accommodation for its members.”

Minister for Higher Education Simon Harris wrote on Twitter this afternoon: “Fully agree with  @UCDSU. Student accommodation must be for students. Students raised this with @DarraghOBrienTD & myself & Darragh issued a circular to ensure this. Lots of work underway & needed to make improvements. Dismissive & sarcastic comments don’t help.”

This decision to convert student beds to short-term lets, Power said, “will undoubtedly perpetuate the supply crisis and artificially inflate rents across the city”.

“To prioritise the profit margins of private purpose-built student accommodation providers over the public good is a shameful act which will push young people into precarious living circumstances over the coming months”, he said.

The provider in question, Uninest, was granted permission to rent 571 beds in Dublin 7 to non-students as it claimed that it did not foresee the student rental market recovering from the coronavirus pandemic in time for the start of the new academic year.

Power suggested that, should this argument be made again by such a provider, “Dublin City Council [could] simply suggest a reduction in rent as opposed to facilitating the further displacement of students from the very limited supply available to them”.

In his response, Keegan said that Dublin City Council “supports the development of PBSA in appropriate locations in accordance with national policy”.

Keegan said that the council was seeking to optimise the use of such accommodation and “to deliver an acceptable level of day and night time activity considered important for the creation of a living city”.

“It is worth pointing out that there were no objections received in relation to this application and no appeal was submitted to An Bord Pleanála. I am satisfied that the decision was based on sound planning grounds and consistent with Government policy.”

“The level of rent charged by PBSA providers, while clearly important, is not a matter which can be controlled by the Planning Authority”, he concluded.

Power responded to this in another letter: “Reliance on appeals (or lack thereof) therefore to measure the merits of such a decision is farcical.”

Keegan replied to this: “I have no issue with UCDSU drawing attention to any decisions made by the City Council, which granted planning permission for the temporary ‘change of use’ of purpose built student accommodation (PBSA) …[but] at no stage did I state that the granting of permission in respect of these particular applications was justified by the lack of formal objections. I simply noted that no objections/observations were received in relation to one particular application and no appeal was submitted to An Bord Pleanála in respect of that application. This is a simple statement of fact.”

He continued: “The reality is that Planning Authorities are legally required to have regard to planning guidance issued by the Department in the form of Circulars, irrespective of whether or not we agree with that guidance.”

“Finally”, he concluded, “if you genuinely believe that excess profits are being made in the PBSA market I am surprised the Students Union has not entered the market itself and provided lower cost student accommodation for its members”.

Labour’s Housing Spokesperson Rebecca Moynihan blasted this sentiment, saying in a press statement that Keegan’s comments “aren’t even worth repeating”.

“It exemplifies the attitude of DCC to the planning crisis in the City and the desire of most people for a vibrant, diverse Dublin, not just a property developer version of what that should be”, she said. “Mr Keegan’s comments just show how out of touch with reality he is, preferring to dance to the tune of developers by granting them change of uses rather than affect change for our students who are desperately trying to find somewhere to live.”

“What message does it sent about Ireland Inc when the many students that come to our cities are paying through the teeth for somewhere to live or are living in cars or are commuting great distances? This developer led attitude is an insult to us all.”