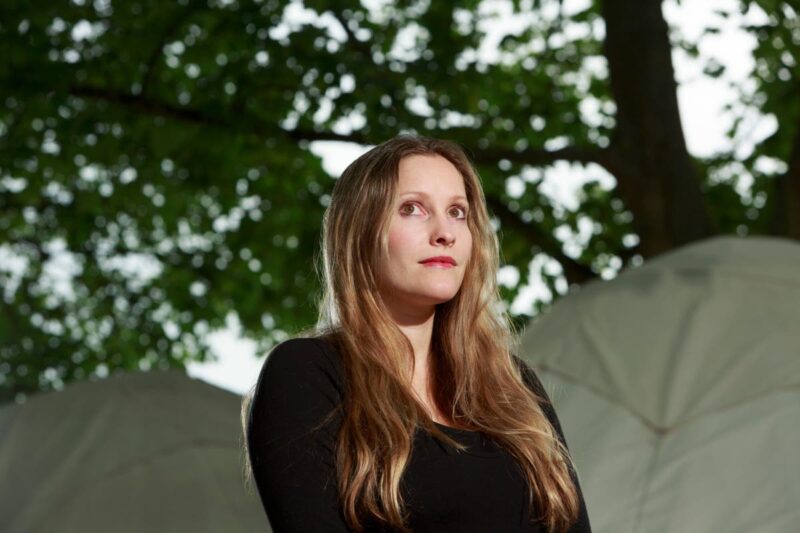 The Graduates Memorial Building (GMB) is once again playing host to guest speakers and debates, but this Monday saw feminist writer and activist Laura Bates grace the stage virtually to accept the College Historical Society’s (the Hist) Gold Medal for Contribution to Discourse.

The nature of the hybrid event, co-ordinated via Zoom with an audience of in-person and online attendees, was a gentle reminder of our current societal uncertainty. However, as Bates conversed with auditor Maggie Larson, the virtual dimension in no way hindered the quality of the conversation.

A published author with multiple books under her belt, Bates studied English literature at the University of Cambridge before becoming one of the most prominent feminist figures of her generation. Opening the conversation with how she found herself in this position, she recalled instances of sexism and misogyny at university, recalling lewd comments, tasteless jokes and even a member of faculty sporting a “black armband” every year to mourn the entry of women into the college. When she initially began to share her experiences with female friends, she expected that only a small number of them would be able to relate.

Instead, she was met with a litany of accounts of violence and harassment, accompanied by assurances that this was the first time such accounts had been shared. Bates “started to realise that women’s lives were built around these experiences – that we were moving through a landscape constructed of them, a landscape that nobody else could see”. Armed with an impressive store of jarring statistics which she relayed with ease, Bates deftly underlined the manner in which she presented this discourse to critics that told her to “look elsewhere” if she was to find “real problems that affected women”. She asked herself: “How do you set out all guns blazing to campaign against sexism in a world where people are telling you that sexism literally doesn’t exist?”

Her answer was to showcase these stories side by side, making their prevalence undeniable. In 2012 Bates founded a website, the Everyday Sexism Project, where people could submit their stories of sexism, discrimination and harassment. Since its inception, it has become the largest dataset of its kind, with a total of over 200,000 submissions from across the world.

Alongside her work’s rise in popularity came the expected slew of online death threats and insults, notably from men who claimed that she was “making a fuss”. With International Men’s Day just gone by, Bates suggested that many of the issues facing men today are manifestations of the same issues pertinent to women. Having been branded as a man-hating, radical feminist in the past, she attested instead that “this really is not about men against women, it’s about people standing up to prejudice”. This maxim is at the core of Bates’ work: she asserted that sexism cannot be fought without addressing other forms of bigotry, namely racism, homophobia, transphobia and ableism. Although the conversation has predominantly revolved around the female experience, Bates explained that “the intersecting nature has to be matched in the solutions”.

Bates’ visit to Ireland has come in the aftermath of the re-opening of nightclubs and the subsequent spiral in cases of spiking by injection in erstwhile “safe” establishments. With the Guardian reporting almost 200 cases of spiking in the UK over the past two months and the Dublin Rape Crisis Centre indicating a growth in similar events in Ireland, the need for an open and honest dialogue is more important than ever.

When asked by Larson if she believed there had been a mentality shift in recent years, Bates replied that the answer is complex. She credited contemporary role models for their willingness to speak out on these issues while acknowledging that there are risks in “co-opting feminism”, which can lead to virtue signalling, a pejorative term relating to the expression of a disingenuous moral viewpoint aimed at bolstering one’s public image. Larson also inquired as to the benefits of the internet in improving awareness, to which Bates replied that it was a “double-edged sword” – that, while useful, social media is still reflective of society and so, for example, over half of all women have experienced online abuse since the start of the pandemic.

As the talk drew to a close, Bates reiterated the need for structural solutions that are not “esoteric or impossible to imagine”, and emphasised that the government ought to work alongside women’s groups who have an abundance of written reports and testimonies that are infinitely more appropriate than politician’s “off-the-cuff ideas based in very little expertise”. She elaborated further, suggesting that the lack of concrete legislation to protect women and gender minorities is directly influenced by their lack of representation in governing bodies. This, she contended, can only be resolved by addressing the ubiquitous misogyny and sexism in everyday interactions.

In a society where women are very often held responsible for the mitigation of sexual assault, Bates’ take is refreshing. She expressed the need to charge men and those in power with this responsibility, encouraging them to reprimand and influence those around them and extending this dialogue to all gender expressions. Instead of sensationalising these violent issues, Bates’ dialogue offers an oasis of reassurance and hope in a modern-day climate of anxiety and distrust.