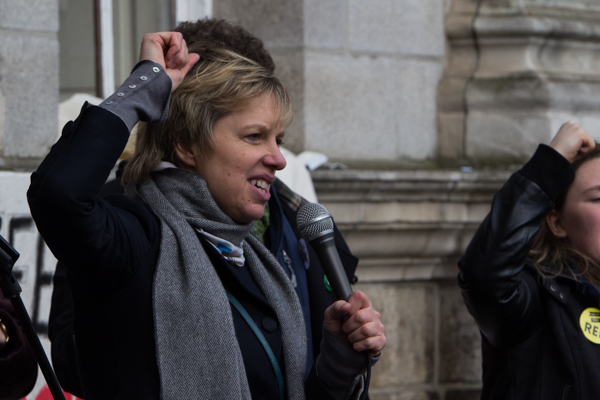 It has always been my firm and passionate belief that education should be free from cradle to grave – paid for indirectly through taxation. This is a core principle, a key tenet of social democracy and socialism – it’s about redistribution of wealth, and universality of access.

Indeed, Ireland has education to thank for much of the progress made since the foundation of the state. Our constitution gives a constitutional right to primary education for all children. As minister for education, 55 years ago, Donogh O’Malley introduced free secondary education – a vital step in securing children’s rights. Finally, in the 1990s, former Labour TD Niamh Breathnach abolished fees for third-level education enabling universal access for students to universities and colleges. It is uncontroversial to say that without these courageous policies, many of the advances in the prosperity of Ireland and its people could not have happened.

The funding crisis within the Irish higher-education system cannot be ignored – the current method of funding our universities and institutes of technology is not meeting their current and future needs. This funding crisis is very clear if one looks at the evidence gathered by a range of different bodies. Indeed, over the past decade, public spending per student increased marginally at primary and second level and fell by approximately 20 per cent at third level (CSO). Student numbers increased at a very significant rate, yet funding has fallen. This of course has had an effect in terms of declines in international rankings and student-to-staff ratios.

Free education is about redistribution of wealth, and universality of access

The expert group on third level funding, headed by Peter Cassells stated that €1 billion is needed over the next 15 years by way of investment in third level to accommodate a growing population. Since that report was published in 2016, the situation has not significantly improved. We need to be clear about the urgency of introducing a new system for funding universities. We also need to be very clear about the disadvantages of a deferred payment loan scheme.

According to the Union of Students in Ireland, following Britain’s vote to leave the EU, Ireland’s third-level fees became the highest in the EU. Clearly, there is a need to give more affordable access to better resourced further and higher education institutions. I believe that the student loan system proposed as one of the three potential funding options outlined in the Cassells report would have serious disadvantages: notably the fact that it would restrict access to disadvantaged students, who are traditionally more debt-averse. The fact that it would incentivise graduate emigration so as to avoid having to make repayments, and of course the fact that it would leave graduates saddled with heavy debts into the future.

In 2018, Labour brought forward a motion to categorically rule out the introduction of a student-loan system. While both Fianna Fáil and Fine Gael voted against this motion, thankfully, we have not seen the widespread introduction of income-contingent loan schemes. I support the first option proposed by the Cassells report: an increase in state funding to ensure a publicly funded model, as is the norm in most European countries. Education must be seen as a right and not a privilege – at all levels and all stages.

Clearly, there is a need to give more affordable access to better resourced further and higher education institutions

At this critical juncture in Irish history, and as we face down the challenges of Brexit, the climate crisis, the pandemic and the dominance of neoliberal ideology, we must reflect on what is important, what we really care about, and how we want to shape the future. Now is the time to hope for better. Now is the time to put those ideas into action.

Ivana Bacik is a Labour TD for Dublin Bay South and a former Senator on the University of Dublin panel. She is also Trinity’s Reid Professor of Criminal Law, Criminology and Penology.