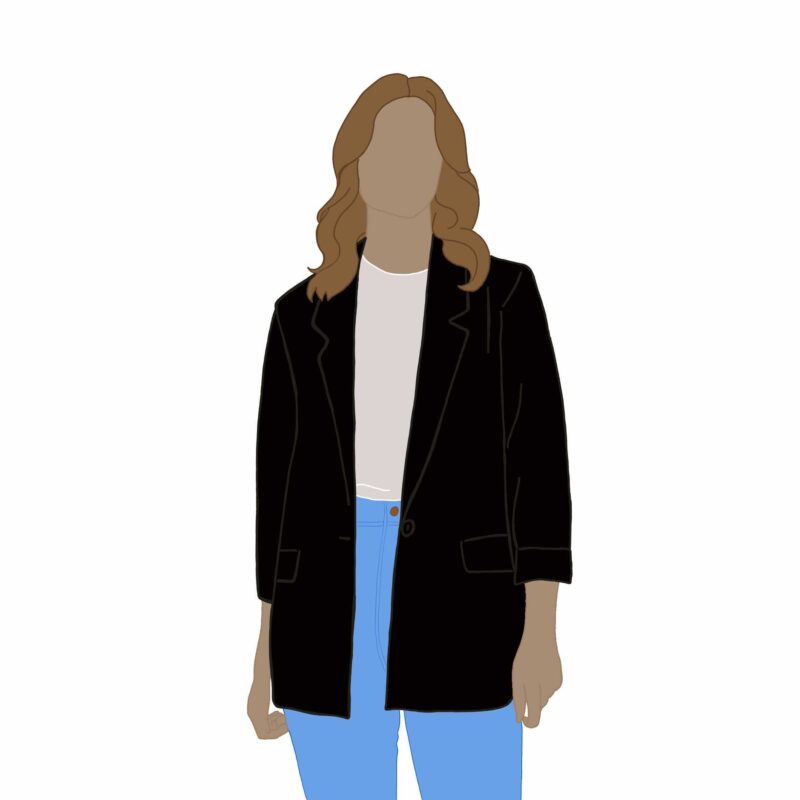 Despite being a common staple wardrobe piece these days, my black leather blazer has been subject to a lot of mixed reactions from family and friends. The jacket has induced comments such as “wow, very SoHo” (from a New Yorker), “very Cosa Nostra” (from my mother), and “hello, influencer,” (from friends). Admittedly, it is a little on the “New York Mafia meets South William St socialite” side.

This fashion staple seems to be everywhere, from the Arts Block to the Hamilton. The black leather blazer is a versatile daytime staple, and also seems to be the go-to jacket for a night out. It can be dressed up and down. It’s versatile, trendy and a little masculine, but in an Alexa Chung-type kind of way.

The origins of leather jackets lie in the first world war, when German fighter pilots wore brown leather jackets. It wasn’t introduced to the mainstream fashion industry until the 1920s and was considered highly fashionable. By the Hollywood era, the trend accelerated as shiny leather jackets dominated American screens. Rockstars also embraced the trend and in the 1960s and 70s, stars such as Elvis Presley, Mick Jagger, and the Bee Gees glamorised it even further.

The jacket became synonymous with men in rock ’n’ roll, however, the 70s saw the trend become more mainstream for women, with Blondie being among the first female celebrities to embrace it. Today, leather jackets are worn by a large number of different subcultural groups, such as motorcyclists, fashionistas, heavy metal enthusiasts, punks, goths, students, and social media influencers. In short, they’re a timeless piece worn by people from all walks of life.

In recent years, people have grown increasingly aware of the ethical implications of the clothing they purchase, so does leather have a place in the future of fashion? The market for vegan leather has grown exponentially in the past decade. Designers such as John Galliano, Prada, Christian Dior and Louis Vuitton have all sourced fish skin for some leather items in their collections to ease pressure from the traditional leather industry. Hugo Boss and H&M use pineapple leather (derived from the leaves) for certain items. Many clothing stores now sell leather items that, if not vegan, are considered “sustainable leather”. However, sometimes with vegan leather, “vegan” is merely a buzzword. Vegan leather made from natural products such as pineapple, mushroom, corn, and mango is considered sustainable. However, vegan leather made from synthetic materials is not, as some take years to decompose. Those of us who are concerned with the environmental impacts should do our research before bagging that perfect find.

On the plus side, as the demand for vegan leather continues to increase, it seems certain that this timeless staple is here to stay. If it is not leather blazers, it will be biker jackets, leather trousers, or leather boots – another leather-based staple that is all over campus right now.