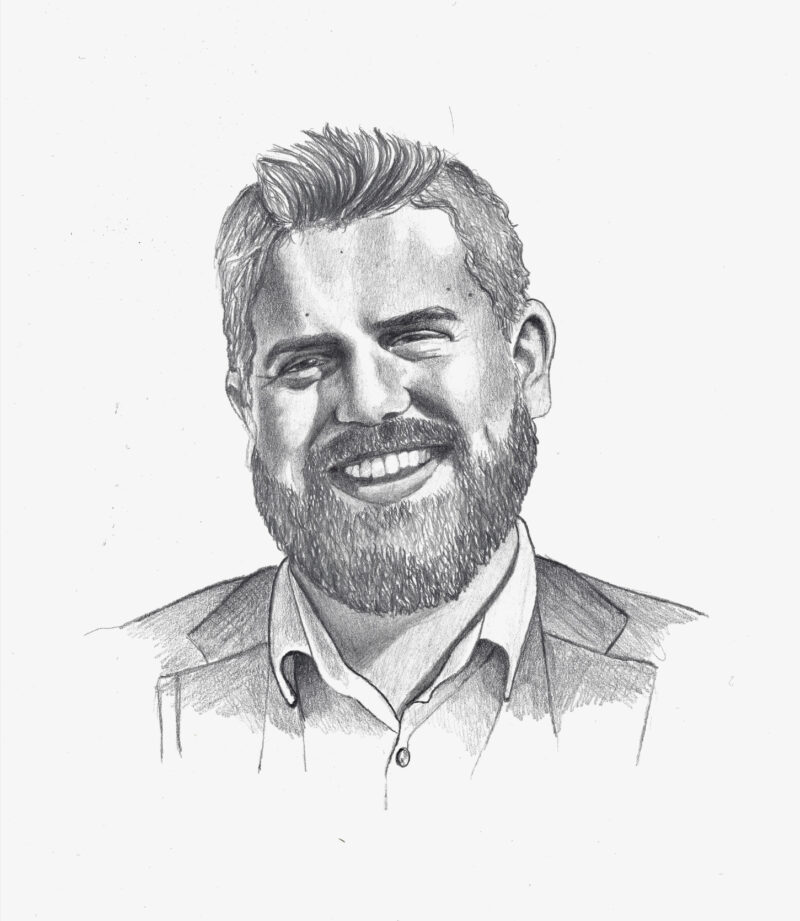 After resigning from the Green Party and being elected the independent mayor of South Dublin County Council, Peter Kavanagh has a unique vantage point on party politics in Ireland.

When it came to making a decision on his political alignment in January of this year, Cllr Peter Kavanagh had a lot to consider. As a lifelong environmentalist, his six-year stint as a Green Party member had been a harmonious fit on paper. The party advocated for parallel policy positions as the councillor – spotlighting issues such as climate change and a redistribution of wealth in the country. However, for Kavanagh, all that glittered in the seats of the Dáil was not gold.

This disconnect with the party fervently picked up steam in June 2020. Despite what many members saw as a gross disparity in fundamental values and policies between the Green Party and the parties it was to enter into coalition with, the members of the environmentalist party voted resoundingly to form the administration with Fianna Fáil and Fine Gael.

“I was very much not in agreement with the decision to enter power. And that’s where the difference is”, Kavanagh recalls. “People disagreed. I was outvoted.”

Yet still, allowing time for the party to find its feet in this new balance of power, Kavanagh persisted in his fight for the beliefs that had once drawn him to the party six years before. However, as time and time again the Green Party began to lose sight of what once made them tick – climate conscious policies and diversion from commercial interest – the party descended into a much-publicised cacophony of internal squabbling and poor policy application.

So as this internal debate raged inside the councillor, he turned to fellow party members for support. However, met with accusations of disloyalty both inside and outside the party, as well as a tirade of online abuse – six months later, following a series of resignations from fellow Green Party members, the councillor threw in his green towel.

“It was a bitter end, unfortunately, to what was a really great experience in my life. I really, really enjoyed being a Green. But unfortunately, things got very, very nasty towards the end, and I was more than happy to walk away.”

“But I kind of look back on those discussions and those arguments, and I feel vindicated. I don’t think the Green Party are doing as much as they would like to be doing in government.”

So as Kavanagh freed himself of the shackles of party affiliation, taking on his fellow councillors as an independent candidate, he remained dedicated to serving the people of South Dublin County Council. And as responses poured in to his resignation from fellow disillusioned left-wing electorates and politicians alike, Kavanagh sought to expand his reach in more unconventional ways.

Establishing a podcast, The Old Country, which focused on the ageing population of Ireland, while also remaining a present figure on Twitter and Instagram, the politician broadened his scope to all ages, growing in popularity as a result.

Yet still, despite amassing almost 10,000 followers on Twitter alone, Kavanagh remains wary of allowing the online commentariat to get to a politicians or parties head.

“I don’t think it’s the be all and end all. There’s always a danger. And I think we’ve seen some individuals and even some parties put too much stock in social media, you know, think that they’ve won an election based on the response on Twitter”, he muses. “The people who are extremely “online”, they’re a very small part of the broader picture.”

So while quick quips and memes may buy politicians some retweets and notoriety, the heart of political engagement has not changed for Kavanagh – it is firmly cemented in the same protocol that politicians have used for generations: on-the-ground activism.

“If you want to make a difference, grassroots activism is incredibly important: volunteering, charity work, all of that is a form of political engagement and activity. And it’s all absolutely vital to the world that we live in, and the country that we occupy”, he explains. “Speaking to people and finding out what makes them tick is still the most important thing you can do in politics. Talking to residents even now, as an independent, it’s still the most important thing you can do is always to find out: what are the issues on the ground?”

If you want to make a difference, grassroots activism is incredibly important: volunteering, charity work, all of that is a form of political engagement and activity

But for Kavanagh, this list remains long. As issues such as housing and the climate crisis continue to dominate the realm of political discussion in Ireland, the councillor finds himself between a rock and a hard place – as he continues to watch his former party perpetuate these issues they once pledged to solve. And without the power of the party behind him any longer, Kavanagh may have to work twice as hard to have the voice of environmentalists like him heard.

However, in June 2021, this became a great deal easier for Kavanagh. Backed by the support of 26 members of the chamber in the election, a mere six months after his resignation from the Green Party, Kavanagh found himself accepting the mayoral chain of South Dublin County Council. Serving a 12-month stint, the councillor vows to revert back to the original fundamental principles that had drawn him to the Green Party so many years before: green policies, equality and inclusion.

“It’s unbelievable. It genuinely is the greatest job I’ve ever had”, he says of the role. “To be honoured by my fellow councillors, to just put myself in front of them as an independent rather than being a member of a party … to be nominated by my friends, former colleagues from the Green Party and from an Rabharta Glas [a Green splinter group]. To be supported across the board by people from all different parties. Fianna Fáil, Sinn Féin, People Before Profit, the Labour Party, the Social Democrats, independents – it was astounding. It was staggering.”

And as his own profile has grown, Kavanagh has watched his former party lose their appeal with many like-minded voters, as new parties with similar ecologically focused policies arrive on the political sphere.

“I think there’s always a need for a Green Party or party that’s dedicated to environmental policies. But I think they’ll see an awful lot of the vote that they worked very hard to win, bleed away. I think that’ll go to other parties. The likes of Sinn Féin. There’s those new parties, An Rabharta Glas. There’s also People Before Profit/Solidarity – they’re sort of recent members of the environmental movement … it’s great to see that side of the political spectrum, get involved so full bloodedly with the environmental movement, that’s incredibly welcome.”

But I think the Greens will see an awful lot of the vote that they worked very hard to win, bleed away

So will this exodus of members spell the end of the Green Party? Kavanagh ponders, noting that the Green Party “have suffered electoral wipe before, they’ve come back before, I’ve been a part of that comeback … there were really tough days after 2011. And I think they just need to be set for more tough days”.

He may be right. On top of growing support for parties with mirrored policies, the Green Party has also found itself rocked by a variety of gaffes: from party leader Eamon Ryan’s use of a racial slur in the Dail (to make a point about the growing problem of racism in Ireland, it should be said), to Green Senator Roisin Garvey advising Green Party activists to not use “big words” when engaging with members of the Travelling community and rural voters, the party finds itself in muddied water more often than balloters may hope to see.

But even aside from the widening scope of political parties, Kavanagh is acutely aware of the growing disparity a large proportion of the young electorate feel with the Irish government in its entirety. As many of the population find themselves increasingly at a greater risk to threats such as homelessness, trust and assurance in the government body no longer prevails.

“I wouldn’t blame anyone disillusioned with politics, the way things have been. And realistically, when you look at things from the electoral point of view from our electoral system, you know, we’ve had the same two parties in power, more or less for a hundred years. And now, they’re in power together.”

“Younger people are not swayed by businesses. Usually, younger people don’t believe that you have to do politics a certain way. But there’s an element of respectability. And the way we’ve always done it, young people don’t buy that they don’t tend to vote in huge numbers for those established parties, as a result.”

With groups such as the Community Action Tenants’ Union (CATU) seeing their numbers continuing to rise, politicians in the traditional political parties may have to redefine their pitch to attract the vote of the younger generation. And for Kavanagh, with parties like the Green Party – who once had been the mouthpiece for a large proportion of left-wing voters – continuously aligning with rival Fianna Fáil and Fine Gael parties, this may be a fruitless task.

So as Kavanagh now finds himself as an independent candidate, his personal approach to connecting with the electorate through a marriage of online presence and grassroots activism may be what is necessary to build bridges with the young vote.

“But I do think that the vote share is changing. We haven’t had a single-party government in Ireland for a very long time. And it’s getting to the point now where a plurality of views is represented in government more often than not, and I think that’s really positive. And I think that there’s scope there for the things that matter to younger people to finally at long last make it onto the agenda.”

“You know, for the first time in the last election, the combination of votes for Fianna Fail and Fine Gael was less than 50 per cent of the Dáil seats. That’s incredibly significant. That really means that there is hope. Things are changing.”