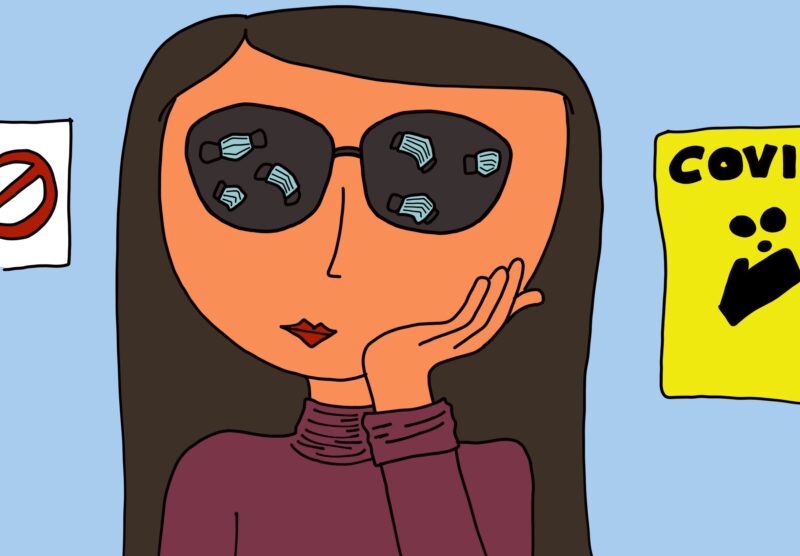 I wouldn’t classify myself as a nosy person. In fact, if you know me, you’ll likely know that I’m not intensely curious about what you had for breakfast, the last person you kissed or the contents of your internet search history, unless you choose to bring it up. This, however, is pivoted purely upon the condition that we know each other – transient strangers are a very different story. The inconsequential minutiae of their daily lives have always served a source of insatiable intrigue for me. I delight in observing roaming randos for finite moments, guessing their age, accent, occupation, most-played artist on Spotify, how they like their toast in the morning or pronounce “yoghurt”, their preference for escalators or stairs and the manner in which they slouch. The list of such suppositions is as long as any piece of string worth its name, making this game the perfect thief of time that could have otherwise been wasted productively.

Observing peripheral strangers who may someday, somehow transpire into acquaintances or friends can unfortunately never have the same effect. The informational gap simply isn’t wide enough. The buzz I’m chasing draws parallels with that which sees my grandmother pore over the crossword puzzle month in, month out. Peann luaidhe in hand, she’ll begin by carefully treading the trusty terrain of sure facts and educated guesses, drawing from a deep well of miscellaneous knowledge acquired throughout a long life. Then, when the five-letter surname of “singer/songwriter heartthrob, hailing from Mullingar” refuses to be “D-O-L-A-N”, she’ll start playing orthographic God, conveniently forgetting repeated letters and greeting the plural and the singular as one and the same. By the time the succeeding issue threatens to darken her doormat, disagreeing syllables will have become bosom buddies and the authorship of The Ugly Duckling will have been reclaimed by a matriarchal duo: Hans Christian AndHerSon. Neither the thrill of people watching – or indeed, the Senior Times crossword – have ever been about filling all of the gaps with correct answers. The perfect paint-by-numbers exercise, in this case, isn’t about painting the prescribed picture, but simply painting any picture at all – no matter how little your completed artwork imitates actual life.

And so, this active yet frivolous observation becomes a blissful way to pass loose pockets of time: car journeys, bus stops, shop queues, waiting for a rain shower to pass or a friend to return from the bathroom. It’s simple, imaginative, perfectly unproductive – and when done in a discreet and respectful manner, can do neither party any harm. The practice of people-watching is also serendipitously tailored towards the student experience: it’s totally free of charge and suited to a lifestyle of endless commuting, aimless wandering and looking out nearby windows to avoid an ever-compounding pile of imminent responsibilities.

These compounding factors make my recent realisation all the more piteous: there has never been a worse time to be a broke, bored college student with a penchant for people watching than the past 20-odd months.

The pandemic has served up a smorgasbord of necessary evils: a lack of overzealous auld wans looking to chat your ear off on public transport, a widespread reluctance to “giz a bite of that there” and given the practicalities of mask wearing, yet another reason not to leave the house wearing bold lipstick, (as if the game wasn’t already dangerous enough). Many of these I have accepted begrudgingly and walked on from, on the basis that there is, in fairness, a lot more at stake. But somewhere along the way, a line has to be drawn. And the changes to the game of people watching is where I’m choosing to draw it.

Cocooning, isolation and multiple lockdowns have reinforced the ancient ideal that there is an impenetrable behavioural boundary between the private and the public spheres. Many people may be familiar with this concept from either their whistle-stop tour of ancient Roman history at junior certificate level or their mother shouting “you’re going out like THAT?!” from the top of the stairs, around the same age. And honestly, either are valid. Essentially, there exists an authentic, unfiltered version of yourself that you’ll happily play out behind closed doors, one which you’ve long been told doesn’t belong in the public space. Think dressing gowns, impromptu inter-sibling wrestling, licking the last of the ice cream from the bottom of the bowl. As much as society has been coerced into upholding these beliefs of public etiquette and appropriateness for countless decades, the pandemic has accentuated the process tenfold. Being out in public is a big deal. People aren’t used to it. And many, who now work remotely, still have little reason to do it. So, as people move about in the public sphere nowadays, they are doing so as their most robotic selves. Striving not to bump into, breathe upon or engage with anyone else, many walk with earphones in, expressionless, merely passing through as if floating, with fixed resolve, through a liminal, unreal setting.

During bouts of ineffectual nostalgia, I long for loud conversations on public transport that care not whether “the mad bitch” in question could have just boarded this very bus. I crave the “ah, how are ya?” interactions, hugs and squeals of two companions who likely only parted ways yesterday. I miss the auld fellas, stopping for the chinwag of their lives in a crowded street, holding up an M50-worth of pedestrian traffic on the prideful assertion that their steadfast duration has earned it. Kids attempting to play two-on-two football in the bread aisle of Aldi. School tour groups – one teacher “nipping to the shops”, while the other is manically head counting, almost willing Jimmy, Tommy or John to do a runner before the bus comes. I lament the chat you’d have – with absolutely anyone – a minute past the hour about how “Dublin Bus is a fecking disgrace” or watching two total strangers lock eyes at a bar, having only touch elbows, to discover that both of their great grandfathers were shopkeepers in Cavan town. But even plainer than that, I mourn my capacity to smile at a stranger and receive a candid reaction. Are they bemused? Or maybe offended, assuming I had clocked them as looking excessively sad? Do they think I’m high or drunk or worse just enjoying this drizzly Tuesday afternoon? Do they not notice, lost in thought? Assume I was looking at someone else? Or are they now afraid that we know each other, questioning whether it was rude not to have stopped for a chat? Will they replay my face for the rest of their commute and wonder whether I was that blonde girl’s cousin from a party before reading week, or the girl in Costa who knows their order by heart?

I mourn my capacity to smile at a stranger and receive a candid reaction. Are they bemused? Or maybe offended, assuming I had clocked them as looking excessively sad?

I once relished in the simple sordid pleasure of overhearing a scandalous snippet of a passerby’s conversation, the fabulous squeal of a stranger perturbed by a pigeon on a park bench, snotty-nosed dotes asking parents stomach-churning questions about sex and poo and products in the female hygiene aisle, harsh words hollered through open doors, shameless public displays of affection and the lilt of passing wisecrack or tension of a loaded sideways glance – I simply delighted in the experience of watching strangers live their lives out loud. However, for the past year and three quarters, people have been living quietly, privately, behind closed doors and surgical masks, offering precious little in their public interactions that even a grade-A people watcher could discern anything from. A formulaic haircut. A surgical mask. Two blue eyes staring straight ahead. White shoes. Fitted jeans. A black jacket. A tote bag. What a fascinating character, what could it all mean?