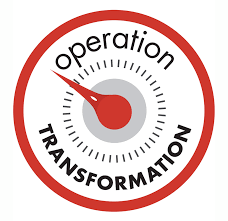 Operation Transformation has recently returned to our screens for its 15th season, but valid concerns have been raised regarding its outdated outlook on health and the implications of this on a modern audience. Since 2008, the series has followed more or less the same format: five “leaders” are coached to undergo significant lifestyle changes aimed at transforming their health over a period of eight weeks. However, the execution of the show means that the transformation of health has repeatedly been synonymous with the transformation of the body through weight loss.

Following considerable backlash and controversy ahead of the 2022 debut, episode one of the series introduced a “wheel of wellbeing”. The chart was launched to encompass a broader assessment of health and to move the focus away from data relating specifically to body weight. However, there is only so far you can move from these metrics when the programme’s logo is a scales.

Each segment of the show is abundant with references to body weight and image. The home page of the Operation Transformation website includes pictures of the leaders alongside their current body measurements. Regardless of the insertion of additional dimensions, weight is the thread that ties the programme full circle. The show continues to knot itself up in these measurements.

If Operation Transformation were to assess its own performance in preparation for week two, there remains no doubt that they continue to fall short of the target. Episode one of the new season addresses a variety of reasons for weight gain but the diversity stops there. The inherent message depicted by Operation Transformation is that weight loss is the primary pursuit of health. Every leader aims to lose weight. Rather than encouraging viewers to implement individual and gradual lifestyle changes, the programme essentially heralds crash dieting as the secret to weight loss.

The Eating Disorder Association of Ireland, Bodywhys, released a statement ahead of the first episode last week. It criticised how “the considerable emphasis on dieting, body weight and shape and the way these are measured, collectively counted and presented, create a community sanctioned dieting culture that research shows does little to achieve long-lasting weight loss or health promotion”.

Bodywhys said they have contacted the producers of the show “to request that they consider a more inclusive approach to signpost to support services and add disclaimers around context”. It is particularly worth noting that when watching Operation Transformation on the RTÉ Player, the signposts to support services are presented by an image of the website address to the general RTÉ helplines page. The image appears on the screen for such a brief frame that it is essentially impossible to read the information without rewinding and pausing on the specific frame.

There are numerous triggers for eating disorders, patterns of disordered eating and stigma around weight or appearance. These are not concerns that can be eliminated by a wellness wheel or a psychologist. While both of these features are beneficial, they fail to fully acknowledge the nuances of eating disorders and the contradictions at the centre of Operation Transformation.

In the first episode of the 2022 series, the concept of the snowball effect is raised – the idea that something is building and accelerating, that it is gaining speed or power and spiralling out of control. Applying this notion to Operation Transformation offers insight into the extent of potential damage.

Yes, it is true that there is an option to change the channel or turn off the TV. But the impact of Operation Transformation isn’t limited to its Wednesday-evening slot on the RTÉ schedule. Operation Transformation receives a weekly slot of 50 minutes on our screens but between supermarket labelling and advertising campaigns, it is allocated a much more significant run time in our society.

Government investment into Operation Transformation is in opposition to its lack of spending on new eating disorder services. A government-funded and widely accessible show that encourages the pursuit of a healthy lifestyle has the opportunity to be a programme of advice, information, and inclusion. Operation Transformation places too much emphasis on weight loss – there are umpteen other measures of health. For 14 seasons the show has extolled the virtues of transformation. It is now long overdue a transformation of its own.