With South Africa’s curfew commencing at 10pm, and with bars shutting an hour prior, Darwinian pressures forced the Stellenbosch student population to adapt to the prevailing circumstances.

A quest for alternative forms of entertainment has begun, as the spritely Springbok assemblage have sought to expand their horizons to a realm beyond the rim of their brandy glass.

As such, there have – to paint a clearer picture – been three schools of adaptation.

First is the general adoption of a creative mindset. It is the example put forth by the craftsmanship of a certain chopping board – or actually three chopping boards – that really encapsulates this philosophy.

One warm night, with the moon on the fuller side, two flatmates – heartened by an abundance of Dutch courage imbued in them by their recent residence in a local bar – took it upon themselves to confront the uselessly oversized chopping board plaguing their apartment’s kitchen.

Having seized their oaken oppressor (measuring then at a whopping 60cm x 90cm), they proceeded to engage it in a generally one-sided, entirely novel, and likely irreplicable, martial art.

Though the offending board initially withstood the siege, after nearly 40 minutes of combat, mobility proved a decisive advantage: the two knights succeeded in reducing the mahoganian mass into three even less usefully shaped boards (each 25cm x 110cm).

In a similar vein of creativity – and in a perhaps conceited display of celebration – the two belligerents then embarked on an imaginative recreation of Fruit Ninja.

This next act of creative expression entailed multiple severely over-ripened avocados being launched into the stratosphere, in order for them to be consecutively scythed mid-air.

Upon further analysis of proceedings the following day, hindsight argued that this latter exercise was an unproductive labour.

Among the stronger shards of evidence supporting this posthumous analysis was the fact that what eventually massacred the avocados was not the kitchen’s knives, but rather the kitchen’s floor – now caked in a viciously viscous greeny-brown paste.

The second adaptation to South Africa’s curfew that I shall now outline is the proliferation of a desire to acquire a practical skill set. One particular instance aptly exemplifies this quest for practical enlightenment.

It is a tale which, like the “creative” paradigm outlined above, begins at night, as well as bearing the same two rowdy protagonists: the demonstrative flatmates.

Upon departing a perfectly benign social gathering and with curfew looming, the more intoxicated of our two ex-creatives turned from his last cheerful goodbye – and tucked under his arm the fire extinguisher kept unsuspectingly by the front door.

The other ex-creative, though initially bamboozled by this abstract acquisition, soon grasped the potential for learning afforded by such a loan.

It remains unclear to this day whether the two were aware that their intentions would effectively procure a one-way ticket to terminal doom for the instrument in question – let alone the fates of the house’s occupants from whom it was (soon to be permanently) borrowed. 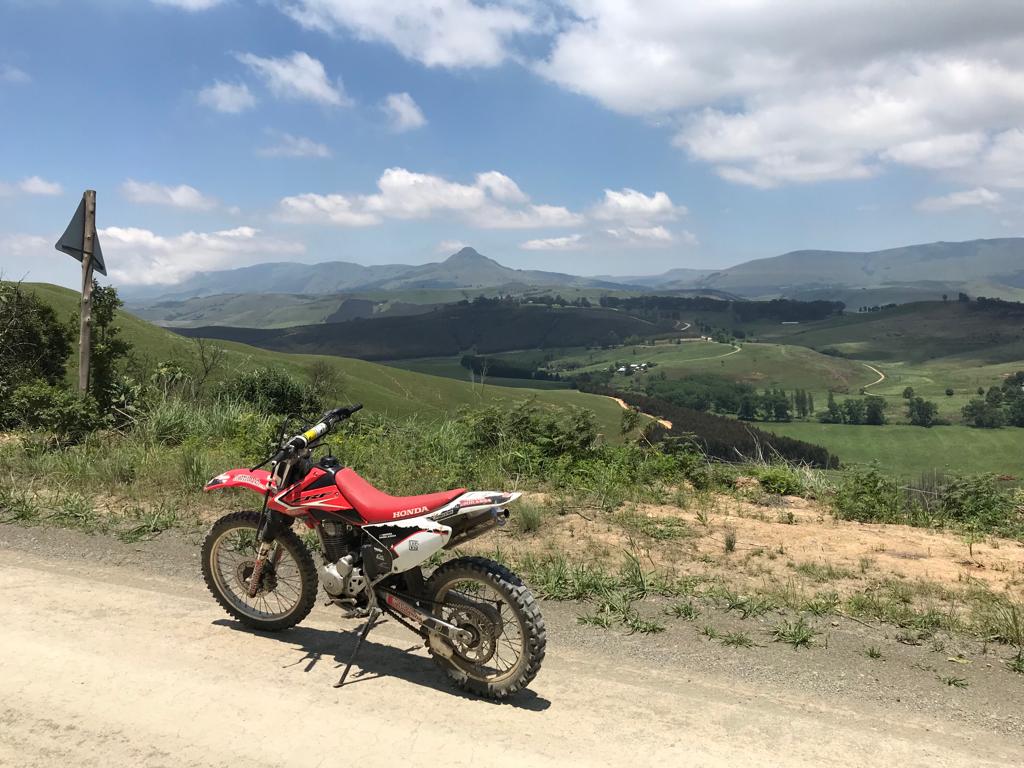 Either way, once in the more expansive terrain of the neighbouring street, an exhibition of trial and error ensued under the watchful gaze of the alternating two (self-perceived) scientists.

Gold was eventually struck – the only caveat being that the “eureka” moment occurred with the hypnotically red instrument inadvertently directed point blank into the facial features of the very engineer who had stolen the damned thing in the first place.

Amidst the cries of anguish and roars of laughter simultaneously reverberating around what was otherwise a silent street, there soon arose stipulations demanding haste. For, with the clock reading 9:57pm, the commencing of curfew was but minutes away.

Once home, the blinder of the two acted promptly and decisively – in part, he later argued, to test whether their own apartment’s identically looking red object worked as well as the one they had spent the previous twenty minutes experimenting with. Others – including the soon-to-be victim – have since viewed what was to follow as an act of vengeance.

Just as he had done in the departure process a mere half hour before, did the blind man now unhinge the identical-looking red object from the apartment wall and proceed to unleash its contents into the eyeballs of his initially still-chuckling partner.

In what was one of the more predictable events of the evening, the victim’s chuckles were suffocated almost instantly.

Rarely has an apparatus so specifically designed to counteract flammability, instead so successfully kindled so blazing a fire as the one which now raged in this latter victim’s eyes and anger.

By the time vision had refamiliarised itself with the sockets of all four irises in the room, the sight greeting our two practical geniuses was that of their kitchen furniture and electrical appliances all veiled in a thin – but resilient – layer of white powder.

To their tongues and nostrils, the taste of salt diffused mercilessly, and with karma smirking from above did the two short-lived researchers now grope their way to their respective beds.

Finally, there is another, almost guaranteed pastime post curfew – a pastime never intentionally sought, but one that is occasionally inflicted upon the district’s inhabitants.

The economic repercussions of the current pandemic are in no way unique to a small town in South Africa – as Erasmus students in Paris, California or Japan will doubtless testify

As of the last two years, the student town of Stellenbosch has become an increasingly dangerous town.

The economic repercussions of the current pandemic are in no way unique to a small town in South Africa – as Erasmus students in Paris, California or Japan will doubtless testify.

However, what exacerbates South Africa’s predicament is that it is a country where 18 per cent of the working population are in casual employment: a demographic particularly hurt by lockdowns. Where 40 per cent of the population were unemployed before the pandemic. Where the minimum wage, earnt by a seismic six million workers, is the equivalent of €1.36. And, most crucially, it is a country whose Gini coefficient – a measure of inequality – is the highest of anywhere in the world.

Indeed, rather than being allowed to help herself back to her feet, South Africa has instead been downtrodden further, by the knee-jerk “red-list” appellation donated to it by the so-called West over winter (South Africa’s summer, and peak tourist season). In a split second, tens of thousands of tour guides, safari trackers, hotel cleaning staff and other informally employed workers, were denied their first chance – in almost two years – to provide for their families.

What does this desolation have to do with drunken students trying to find new ways of amusing themselves? Well, adjacent to Stellenbosch reside 25,000 inhabitants in a township named Kayamandhi.

A township is an underdeveloped, usually urban, residential area that during apartheid was reserved for non-white people. Today – not unlike the South American favelas – they are a diverse mesh of poverty and vibrancy, economic ascendancy and crime. With their inhabitants generally less financially well off, they have been especially ravaged by the economic effects of the pandemic.

Kayamndhi’s proximity to a university town teeming with oft-oblivious students – students who are also the offspring of the upper echelons of the country’s economic elite – is a contiguity from which problems have increasingly arisen.

Added to this is the long-standing existence of crimes induced by the pressures of gang initiation – with assignments ranging from pinching someone’s phone to stabbing a student to death.

In this dark and gloom-riddled light, the curfew-inflicted emptiness of Stellenbosch’s streets suddenly poses a not insignificant risk for those walking around after 10pm.

Rather than being allowed to help herself back to her feet, South Africa has instead been downtrodden further, by the knee-jerk “red-list” appellation donated to it by the so-called West over winter

Drunken students held at knife, and even gun point are not uncommon occurrences at these moonlight hours – only in December did two boys empty their pockets down the barrel of a revolver.

While we students continue our quest of finding ways to amuse ourselves at night, those in the next town over are grappling with an altogether more taxing challenge: survival in the face of compounding abandonment. So, the above list of adaptive endeavours to South Africa’s curfew – creativity, practicality, and undesired adrenaline rushes – is by no means an exhaustive one. However, what is clear is that curfew or otherwise, Stellenbosch will likely always be a lively place.