At their best, student unions serve as the main advocate for students and their needs on the college campus. They can also feed into national activist movements, mobilising large cohorts of young people to take to the streets or the ballot box.

Trinity College Dublin Students’ Union (TCDSU) has no doubt built itself up a reputation over the years for rallying the troops. From controversy and displays of defiance to heartwarming campaigns, TCDSU has not been short of moments which have left an indelible impact.

As recently as 2015, a TCDSU initiative reached national and even international influence. The #RingYourGranny social-media campaign was thought up by the union to canvass people to vote for marriage equality. A video depicted students phoning their older loved ones to discuss the topic of same-sex marriage – amid fears that older voters might have to be convinced to vote yes. The moving video received over 70,000 views on YouTube and was picked up by many major media outlets throughout the country.

Domhnall McGlacken-Byrne, who served as TCDSU president in 2014/15, was responsible for the campaign. He tells me that the idea for the video stemmed from several conversations between him and his girlfriend Lauren Doherty: “We observed that the really difficult thing was the generational angle to the debate that year. We kind of knew that most students – not all students, of course – were going to vote yes so there was no use in campaigning in Front Square or the Arts Block.”

Students’ unions occupy a really important role in activism and advocating for progressive causes, we’ve got a proud record on abortion rights and LGBT rights

Not only was the video a hit on social media but McGlacken-Byrne recalls that they saw several “spin-off videos” being posted by people who recorded themselves talking to their own relatives about the referendum. He tells me: “Our campaign [aimed] to lead by example and to seek out conversations with people who may have different views on the issue of same-sex marriage … It highlighted a unique angle to the whole discourse. The whole idea of the video was to make a point.”

TCDSU’s idea of taking an intergenerational approach to the topic of same sex-marriage even inspired campaigns abroad: Australians called on people to #RingYourRellos to talk about a national survey on same-sex marriage.

Inspired by TCDSU’s #RingYourGranny campaign, Brady launched a similar campaign in Australia. He tells me that it was a “brilliant campaign” which “reflected exactly how social change happens. It happens through conversation and it happens when inclusion stops becoming a ‘what’ but a ‘who”’. 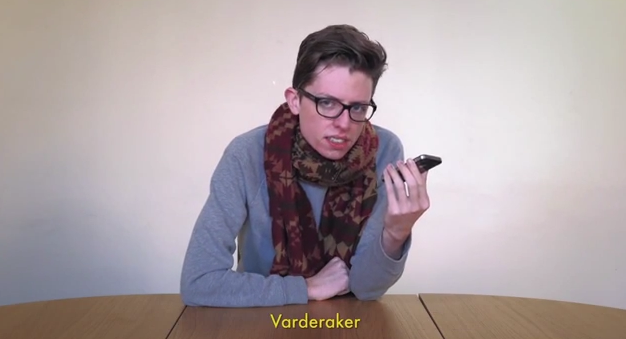 Brady recalls the impact of the #RingYourGranny campaign on the political engagement and empowerment of young people in Ireland: “The other thing that was really important about the Trinity campaign was that it empowered young people. They were actually the ambassador for the change in an incredibly direct way where they themselves could feel the result.”

To Brady, a truly great campaign is one that “builds initiatives and events that allow people to see that there actually is no more effective ambassador for your values than yourself in your own spaces and in your own circles”. In his eyes, TCDSU’s campaign encapsulated that.

However, the video not only inspired the campaign in Australia but also other other major political campaigns abroad. McGlacken-Byrne revealed that about a year after launching the campaign, he was contacted by a representative of the UK’s Liberal Democrats, asking for permission to use the video idea for the Remain Campaign for the upcoming Brexit referendum.

For McGlacken-Byrne, the success of the #RingYourGranny campaign shows what student unions can achieve when they truly believe in a cause. “Students’ unions occupy a really important role in activism and advocating for progressive causes, we’ve got a proud record on abortion rights and LGBT rights.”

Speaking of abortion rights, it is almost impossible to discuss the significant moments in TCDSU’s history without addressing the 1989 controversy surrounding the provision of abortion information by the union. Following the codifying of Ireland’s abortion ban in 1983, the Society for the Protection of the Unborn (SPUC), a pro-life lobby group, started taking legal cases against student unions and women’s counselling centres that were distributing the phone numbers and addresses of abortion clinics in the UK.

For many of us who’ve been involved in the campaign to repeal the eighth for as long as I have or longer, the 2018 referendum felt like a vindication for the stance we had taken all those years ago

Despite the threat of legal action, TCDSU upheld its decision to print such information in booklets that were distributed during freshers’ week 1989.

TCDSU was served a penal notice and multiple sabbatical officers were threatened with imprisonment. The sabbatical officers were represented in court by Mary Robinson, who later became the first female president of Ireland, and Seamus Woulfe, a current member of the Supreme Court. Though the students’ case in the European Court of Justice was unsuccessful, they eventually won their appeal in the Irish High Court a few years later.

This period of TCDSU history was certainly marked by tension and conflict within the Union. Ivana Bacik, the president of TCDSU at the time, describes it as “an intense and difficult time”.

“There was huge opposition from within the union and staff. There was also obviously a lot of opposition among the public generally because the amendment had been passed resoundingly in ‘83 to give the unborn equal rights to life. There was a strong anti-choice majority at the time.”

We knew we were facing a lot of hatred for it but I’ll never forget the distraught and desperate women and girls that used to contact us. So for those women and girls, I’m really proud of what we did

In 2018, Ireland voted to repeal the eighth amendment and legalise abortion. Reflecting on the end of a 30-year-long fight, Bacik says: “For many of us who’ve been involved as long as I have or longer, it felt like a vindication for the stance we had taken all those years ago.”

The TD and former Trinity Senator tells me that she is “proud” that the union “stood up to the bullies in SPUC”. “We knew we were facing a lot of hatred for it but I’ll never forget the distraught and desperate women and girls that used to contact us. So for those women and girls, I’m really proud of what we did.”

While student unions are often responsible for pushing the boat out on progressive causes like abortion, Leah Keogh, the current TCDSU president, cautions that a balance must be struck between activism and meeting student needs: “It’s a balancing act and all needs of students are relative, however big or small. I’ve realised the conversation of more local or national focus comes up year after year in the SU elections. You need to keep your eyes on what’s in front of you but also on the bigger picture.”

The upcoming elections could possibly introduce us to the figures who will be responsible for the next major TCDSU campaign we see. Or perhaps their impact will be on a smaller scale.

Either way, Keogh reiterates the importance of students voting in the union elections: “Students are automatic members of the union. There’s no reason why students shouldn’t have their say in the people who will ultimately represent them at a college level – and sometimes even national.”