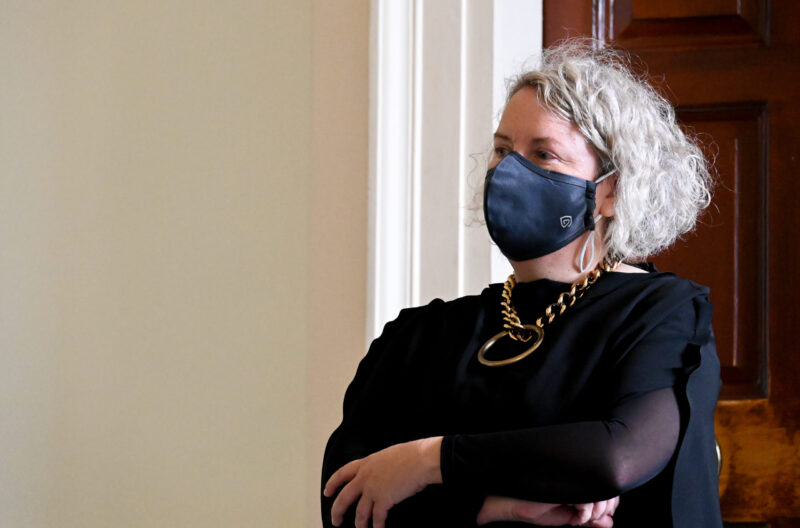 Provost Linda Doyle has apologised for advice given last week which discouraged the hanging of Pride flags in College because they could cause offence to “those from diverse cultural or faith backgrounds” who may not be “as supportive of Pride”.

In an email to staff and students this evening, Doyle said the advice “did not reflect the Equality Diversity and Inclusion values of the University”.

“We sincerely apologise that this advice was given,” she said.

“As the Pride flag is so central to our values and culture, we welcome its display in windows and offices right across Trinity.”

Doyle also said that it was “important to say that we recognise that the hurt caused was not just about the flying of flags for Pride and there is much more we need to do to remove institutional biases and barriers to truly achieve Equality, Diversity, and Inclusion”.

The email from the College secretary’s office first came to light in reporting by the Ireland edition of Times of London last week.

The article said that a senior staff member in Trinity sought permission from Trinity’s Equality Committee to purchase Pride flags and display them on windows around campus.

A member of the Equality Committee sent this request to the secretary’s office which responded in an email saying that while there was nothing stopping the displaying of flags and emblems to celebrate Pride within offices, if Pride flags were displayed in windows the practice could spread and “there may be occasions where inappropriate signs/symbols are displayed”.

The secretary’s office also noted that the displaying of flags on windows “could be at odds with the heritage status of the buildings” and that “those from diverse cultural or faith backgrounds” may not be “as supportive of Pride in general”.

In a tweet on Friday, Doyle said: “Just to be 100% clear: we will celebrate Pride to the fullest in Trinity this year. Pride flags are always welcome! LGBTQI+ rights are Human Rights. We will always advocate for this”.

“As Board agreed, the Pride flag will fly over @tcddublin this year, for first time ever”, she added.

👇 Just to be 100% clear: we will celebrate Pride to the fullest in Trinity this year. Pride flags are always welcome! LGBTQI+ rights are Human Rights. We will always advocate for this.
As Board agreed, the Pride flag will fly over @tcddublin this year, for first time ever 🏳️‍🌈🏳️‍⚧️ https://t.co/ieeILmYlKR

In a statement posted on Twitter, Trinity College Dublin Students’ Union (TCDSU) criticised Trinity’s decision, calling it “a slap in the face to LGBTQ+ students & staff”.

President of the Graduate Students’ Union (GSU) Gisèle Scanlon also criticised the decision and told the Times Ireland that “Trinity College and the GSU embrace those of all faiths and none, however it would be absolutely inappropriate and not in keeping with our values if perceived potential offence on faith grounds were used as a reason to impede the recognition and support for those who are LGBTQI”.

“I urge the university as a matter of urgency to immediately reverse their decision and cease this opportunity for a progeressive and positive message to all our LGBTQI+ members of the community that they are supported and valued”, Scanlon said.

In a statement to the Times Ireland, Trinity said that flags were “not, generally”, displayed in windows and Board “has recently approved a request by the provost for the Pride flag to be flown, for the first time ever, at Trinity’s main entrance for Pride Festival week”.

“The decision to fly the Pride flag from the main College flag pole at College Green reflects our strong support, as an institution, for the LGBTQ+ members of our community and for the celebration of the Dublin Pride Festival”.

“It also recalls the significant role played by Trinity staff and students in advocating for LGBTQ+ rights over several decades”.

“There is an established practice at Trinity that flags of any description are not, generally, displayed at windows, the statement said”