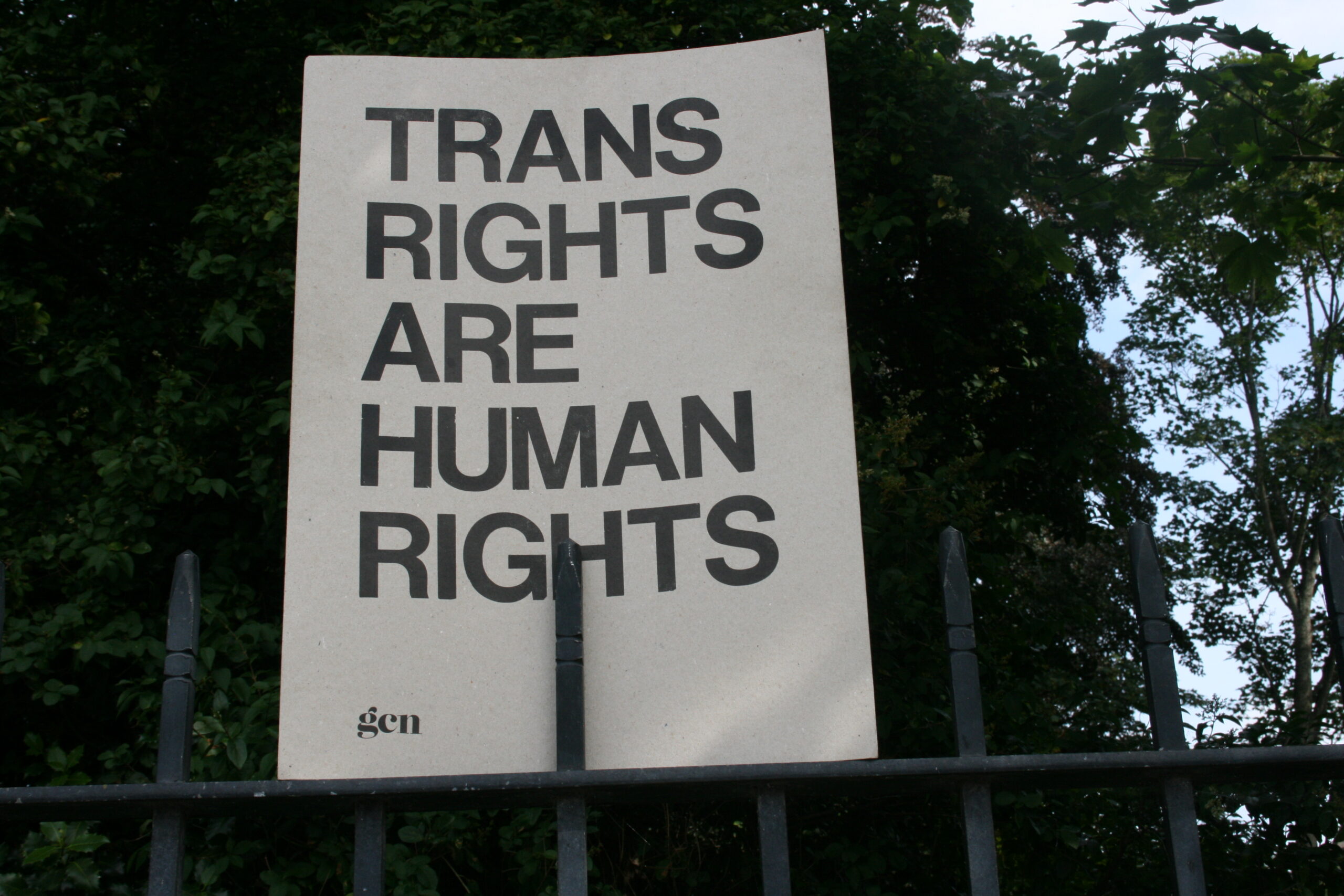 For those who missed it, the Irish Rugby Football Union (IRFU) has joined their English counterparts as well as an increasing swathe of sports governing bodies in imposing an absolute prohibition on transgender women participating in women’s rugby. While frustrating and backwards, this is becoming ever more unsurprising in light of the enormous cultural backlash being faced by trans people internationally, manifesting in inadequate healthcare, exclusion, and accusations of personal impropriety.

The IRFU’s statement was filled with all the usual tropes. It predictably undermined their PR work so nobly trotted out every June only to disappear when Pride month ends. It attempted to combat the supposed menace of a mighty two registered transgender athletes, whose passion for sport has been thrown aside on hypothetical, abstract grounds which are in no way reflected by any wrong they have committed.

To dissect the science of supposed advantages is not something I will do here for three main reasons – I have other topics I want to cover, the science is well established and laid out better in other publications, and, frankly, I don’t care to give credence to the faulty premise by engaging with it at great length. For a whistle stop tour, there is no support in the literature for the common arguments around trans people in sports. The normal distribution of physiological traits such as bone density, weight and lung size substantially overlaps for cis men and women, and for trans women, many of these such as bone density and muscle mass are quickly brought to approximately cisgender levels with the hormone estradiol.

Once a line is set on what defines an athlete competing in either of the gendered categories, it will necessarily serve to elevate some and harm others

This science is not in dispute. Further, we presently have no issue with allowing a six foot woman weighing 133kg to play full contact rugby against a five foot woman weighing 50kg. This difference is larger than even the most hyperbolic fever dream of transphobic zealots, and yet it causes no uproar, and nor should it. It therefore becomes difficult to take transphobes seriously when they clutch their pearls at the idea of a trans woman who might be ten pounds heavier than the average cis woman.

The inconsistency in reasoning appears to be based on a need for safety. If extreme differentiation is one’s concern, then one should argue for the exclusion of all equally big and strong cisgender athletes remembering that, from a safety perspective, it is the disparity in size and strength that is supposedly relevant. Of course, this is nonsense – the bulk of the arguments against transgender women’s full and equal inclusion in sport have been based on assumptions, suppositions, and counterfactuals. They are not worried about safety.

To follow this line of thinking is to suppose that if we lived in such a sex-essentialist world as “gender critical” figures claim we do that these bans would be justified. What I am interested in is how the reasoning of this decision, which currently only applies to two registered players and allows for no exception or individual judgement, is based on safety when so many other safety issues are being ignored, such as the continued use of harmful practice drills which many surgeons have flagged as a frequent source of career ending injuries.

If extreme differentiation is one’s concern, then one should argue for the exclusion of all equally big and strong cisgender athletes remembering that, from a safety perspective, it is the disparity in size and strength that is supposedly relevant

There is a further insidiousness in how these gender segregation rules are enforced. Are we to have the average rugby dad moonlighting as a coach requesting a peek at someone they don’t like the look of? Is it to be a common strategy ahead of difficult matches to challenge the gender of your opponent in the hope of getting them disqualified? The “we can always tell” brigade is discredited with a higher frequency than FM radio, and given that legislation allows for gender-confirming amendments to your birth certificate, that is unlikely to prove satisfactory.

Hormonal requirements are no more reliable. We live in a society which has such clear, reported, and outrageously unresolved obstacles around access to hormones for trans people that this idea should be laughed out of consideration. Moreover, we are seeing in distance running how some cisgender women are now being disqualified due to their naturally higher testosterone levels. Once a line is set on what defines an athlete competing in either of the gendered categories but with a particular emphasis on the female category, especially when that line centres medical standards defined by white cis women, it will necessarily serve to elevate some and harm others.

There is no good ending here. I think back to the RFU’s decision on July 30th that likely prompted the IRFU’s action. The RFU’s decision was made by a board consisting mostly of men that overruled the will of the various women’s clubs and their players who had explicitly trans inclusive policies and were competently managing any safeguarding issues. In the end, women’s voices have been silenced and their competence denied, because in the eyes of these governing bodies they simply knew better what was safe in women’s sport than the women themselves.

If you have been affected by, or would like to discuss, the issues raised in this article, you can contact the Welfare Officer of Trinity College Dublin Students’ Union by emailing [email protected] Emergency appointments with the Student Counselling Service are also available. You can phone Niteline, the student listening service, every night of term from 9pm–2:30am on 1800 793 793, or the Samaritans at any time on 116 123.