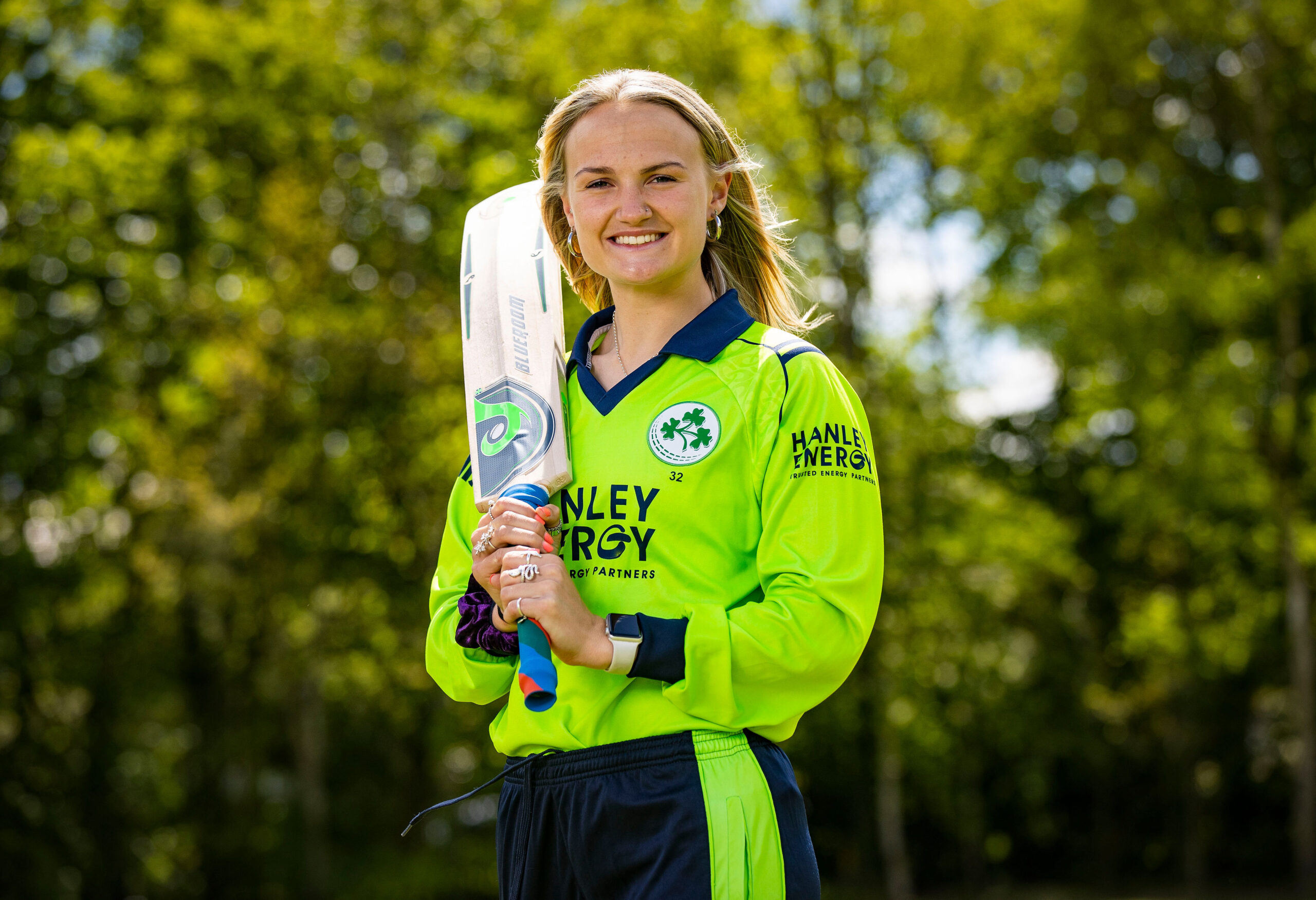 Trinity’s Leah Paul made her 50th appearance for the Cricket Ireland women’s cricket team yesterday on Tuesday 6th September. The sports scholar, 22, was playing in the second T20 International against Scotland in Edinburgh at the Grange Cricket Club, the ancestral home of Scottish cricket.

An Irish win meant Paul’s moment of personal pride was further marked with an unassailable 2-0 lead in the best-of-three series. Ireland held Scotland to 126-8, before Ireland raced to 44-1 after five overs.

This swift start ensured that when heavy rain stopped play, Ireland were awarded a 16-run win by Duckworth-Lewis-Stern method (DLS). DLS is a mathematical formulation which calculates the score for the team batting second in an interrupted limited overs cricket match.

While all-rounder Paul did not bat herself, she ran out Abbi Aitken-Drummond with a long range throw at mid-on after a mix-up between Saskia Horley and Drummond left the latter stranded.

The series is currently available to watch via livestream on Cricket Scotland’s YouTube channel, with the final match in the series set to take place tomorrow (September 8th).

She was awarded a sports scholarship by Trinity in November 2021, and earlier this year in May won Trinity’s hotly contested Sports Person of the Year award after becoming a key player for the Cricket Ireland women’s senior team. She also plays in the Women’s Super Series for Dragons and in 2018, was named Female Youth International Player of the Year at the Cricket Ireland Awards.

The other nominees for this year’s Sportsperson of the Year were rugby players Luis Faria, Harry Sheridan and Joe McCarthy, Gaelic footballer Anna Jones and Tom Stevens of Dublin University Boat Club (DUBC).

2021 has to date been Paul’s most productive year with bat and ball, posting a career-high score of 95 against Zimbabwe last year. That same year, with the ball, the left-arm spinner returned career-best figures of 4-16 against Scotland last year in a spell which included a triple-wicket maiden.

Paul made her Ireland debut in the Women’s One Day International (ODI) against India in May 2017. The all-rounder’s T20 debut came in August 2019 against the Netherlands.