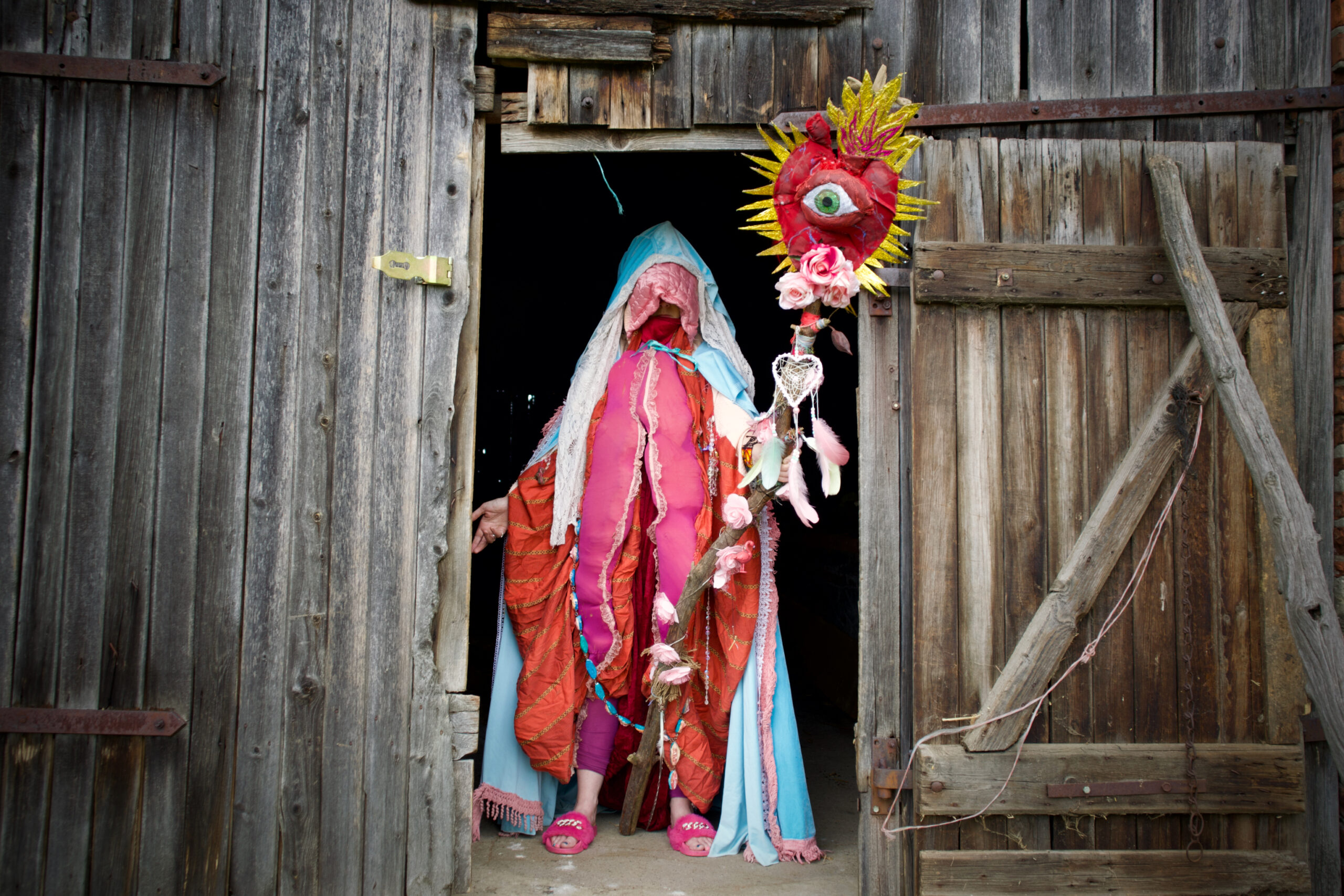 Following the resounding success of last year’s festival amid the uncertainty of pandemic restrictions, Dublin Fringe Festival is back with a bang. Running from September 10th to 25th, the festival provides a playground for the brightest and newest local talent on the Dublin theatre scene, all the while hosting 50 world premieres and 15 Dublin premieres. According to the organisers, this year’s Fringe promises to “shine a spotlight on the weird, the hyperlocal and those who forge their own path.” Emerging from this concept among many of this year’s female and female-presenting artists is the idea of the collective trauma faced by female-presenting people living in Ireland. The University Times spoke to a number of these artists.

For Rosa Bowden, writer and performer of Frigid, the focus is placed on the experiences of a young girl growing up in a hypersexualised world. Recalling the development process of the show, in a conversation with The University Times, Bowden explains that she was working as a substitute teacher covering 1st to 6th year classes but remembers “being in the 2nd year classes and feeling so nervous because you could just feel the palpable tension coming off them”. Inspired by snippets of their conversations she would overhear, with comments like “did you hear what happened at the disco last week” or “everybody knows you’re still a Frigid”, she initially “wrote a monologue based on the characters in the classroom”.

Bowden follows fourteen-year-old Niamh who “has never been kissed” despite her childhood friends having “moved on and done the whole ‘I’m not a Frigid anymore’ thing”. Crucially, the play is set in 2007, a time in which, Bowden emphasises, “women were hypersexualised, the music we were listening to was so objectifying and we didn’t have the critical lens at the time to think, ‘is this OK?’”. Illustrating this problematic sexual landscape for a young girl to be growing up in, Bowden notes “the feeling of things being enforced and normalised without any pushback”. For instance, something as simple as the question “are you still a Frigid?” puts “the commodification of sexuality at the heart of your development”.

This is where the idea of collective trauma emerges in Frigid, with the animalistic and ritualistic teenage mating rituals it depicts, Bowden explains that the production stages “the start and formation of that trauma and how insidious that trauma can be when it happens to us at a very young age and we don’t have the knowledge at the time of think of it as traumatic”. Frigid thus boasts an innovative and retrospective portrayal of what it means to be a woman in Ireland. When asked how she thinks the production will resonate with audiences, Bowden elaborates that “the play is not all darkness”, as she aims for it to be “an homage to your younger, more vulnerable self who was a frigid” while being “a fun yet critical interrogation of that time period”, especially in light of the current Y2K resurgence.

Similar in its retrospective exploration of trauma is The Spin, written by Eimear Reilly and starring Aisling Kearns and Anna Healy, which chronicles the lingering side effects of trauma into adulthood. The show follows 29-year-old Joanna Jennings as she spirals back to the trauma of her past after a break-up. In conversation with Reilly, the writer explains that Joanna “is the focus of her mother’s grief” and “this trauma that she experienced as a child overshadows the rest of her life”. As the audience finds her at the beginning of the play, “she’s quite dysfunctional… she has this completely fractured sense of identity and she’s never really worked out who she is separate from how she was seen as a child”.

Integral to The Spin is its multigenerational aspect. Reilly notes “that sense of inherited trauma: a large part of this play is that you’re so connected to your mother… your relationship with your mother is such an important bond and if that is fractured in any way it can really affect your life and other close relationships you have”. In this sense, despite emphasising trauma as an “accidental topic”, The Spin explores sibling and parent relationships as one moves into adulthood and deals with childhood trauma. Reilly highlights part of the acceptance of this process is “realising that we all create our own reality and people can tell you one thing, but you decide what you are”.

Dee Mulrooney takes the comic element to a new level, dressing up as an 80-year-old vulva called Growler in her show Where Ye From?. The Irish artist, who moved to Berlin from Donaghmede seven years ago, first started making art as medicine, enabled through her “own experience and embodiment of trauma and migration”. In conversation with The University Times, Mulrooney recalls the birth of Growler as an agony aunt in the online magazine Wild Word: “I had drawn a picture of a vagina dentata and I was the vagina dentata agony aunt, an 80-year-old vulva responding to people’s problems”. Eventually, Growler evolved into the life-size costume in which Mulrooney will take the stage at Dublin Castle’s Chapel Royal.

Despite the comically exaggerated form of the production, Where Ye From? centres on a palpable, universal female collective trauma. Expanding on the origins of this thematic focus, Mulrooney explains, “my body would respond really viscerally when I would hear stories about any kind of female trauma, my body would respond before my head; I’d see the words or hear something and then it would go straight to my gut, my womb and my vagina”. She continues, noting that “this was me responding to the collective in my body, and I realised that I needed to put this somewhere”.

Growler stems from trying to find a place for the voice of the female collective. As Mulrooney states, “women aren’t allowed to be angry and I wasn’t trying to accommodate other people’s prejudices. If I make art, fuck it, I don’t care what they think, this is how I’m going to express it”. She further notes, “we use a very sanitised language to talk about what happens to women’s bodies and I wanted to go further, to be blood, guts, spit, mucous, discharge, blood clots, bloody milk river, backstreet abortions”. Growler has enabled this: the artist explains, “she’s 82, working class, she’s a vulva, a witch, a shaman and people listen to her way more than they listen to me”.

Central to Mulrooney’s ethos through Where Ye From? is the transmutation of collective feminine trauma. She explains, “I believe that storytelling is transmutation and a form of medicine, the act of telling a story with active listening enables the healing to happen… the act of sharing and telling the story, and your voice being heard, and those babies not being forgotten about in that septic tank is already part of the healing process”.

Crucially, Growler addresses the experience of being a woman in Ireland, with all the inherited trauma that that entails. She “enables difficult conversations to happen, in a raw and real way”; she is everything: “she’s a sacred being but she loves her sex and loves masturbation, her few smokes and her mojitos (mo-jee-toes, as she calls them)”. Mulrooney explains “it’s just completely politically incorrect, she’s not very woke or environmentally friendly, she’s 100% natural polyester, she’s a confusing and a paradox, because she’s every woman, but she has a heart of gold” and “being her enables me to talk about taboo things and to say whatever the fuck I want”.