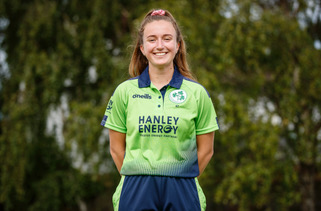 The first of the side’s games – all of which will be played in the UAE between the 18-25 September – is against Bangladesh on 18 September.

The qualifying format consists of eight teams split into two groups of four, with the top two teams of each group playing in the semi-final.

Ireland will then play USA tomorrow (19 September) and Scotland on 21 September as their remaining group games.

Paul, 22, made her 50th Ireland appearance earlier this month in the T20 International win against Scotland.

The bowling all-rounder was awarded a sports scholarship by Trinity in November 2021. In May, she won Trinity’s Sports Person of the Year award.

The Dragons player made her debut back in 2019 and has become an integral cog in the national side over the past twelve months.

Batswoman Stokell, also 22, made her T20 debut in 2016 against South Africa. Since then she has played a further fourteen T20 matches, scoring 220 runs in the process.

The Typhoons player was named Female Academy Player of the Year at the 2018 Cricket Ireland Awards.

Should Ireland progress from their group and win their semi-final, they will qualify for the World Cup.

Their semi-final opponents would be one of: Papua New Guinea, Thailand, UAE or Zimbabwe.