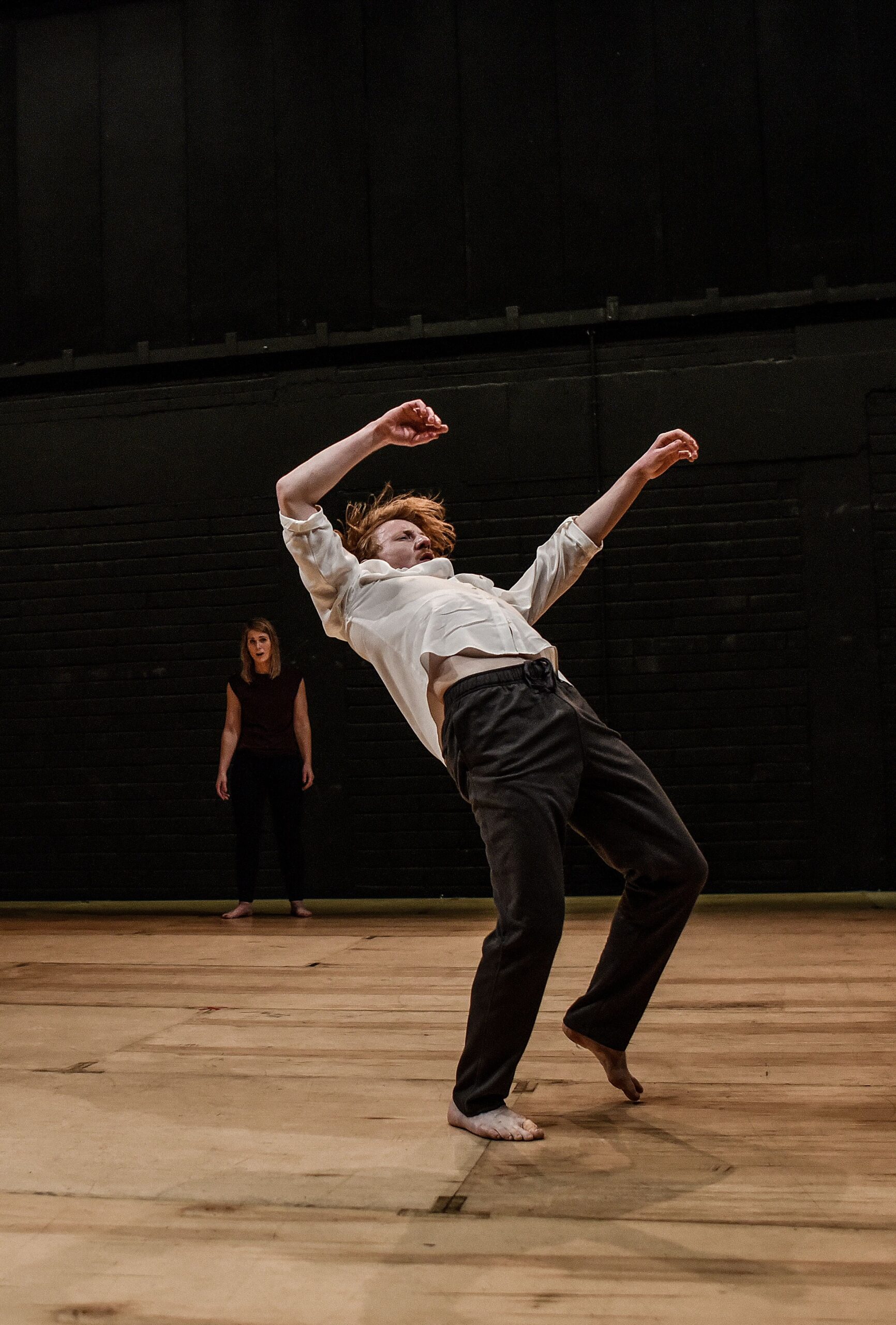 After its premiere in Cork, John Scott’s production Othello (maybe a dance), based on Shakespeare’s play, is coming to Dublin. In Othello (maybe a dance), Scott weaves dance, film, and theatre in order to explore the fundamentals of human identity. This is Scott’s second Shakespeare work: his award-winning Lear, commissioned by Kilkenny Arts Festival, was a major success in London, New York, Edinburgh and Cork. Being reduced to three characters, Othello, Desdemona and Iago, Othello (maybe a dance) raises the issues of race, domestic violence and relationships in a unique physical approach.

Staging and performing Shakespeare tends to be a turning point in many artists’ careers. Yet, it is an undertaking that requires a certain amount of courage and experience. Undoubtedly, Scott is well placed to produce a physical reading of Othello. Before pursuing a career in dance, Scott had received a degree in English Literature, which equipped him with critical tools for approaching literary texts and enhanced his love of literature and writing. “My seventeen year old self thought that I was going to become a writer,” said Scott. “The fire wasn’t fully in me for acting. It was for dance, but it wasn’t until after I graduated that I had the opportunity to train in dance,” he explained.

“I started thinking of Othello a lot over the last couple of years, especially in terms of race,” said Scott. For him, it is not just about Black Lives Matter (BLM) and wider political discussions. Having been working with dancers from different backgrounds throughout his career, Scott has got to know the tiny incidents that happen to people on a day-to-day basis. “When we are on tour, and we go to a restaurant. And maybe one of the black dancers goes in first, and I see how they are accepted. And then I come in — “nice white person” — and I see how the attitude changes.”

“I wanted to investigate Othello,” said Scott. Aside from the question of race, Scott was interested in exploring the theme of relationships, love in its different forms, infatuation, jealousy, as well as domestic violence, an issue that has become more acute over the months we’ve spent in lockdown. Interestingly, the word used most often in Othello is “honesty”. It is used more in Othello than in any of Shakespeare’s other plays. “For this,” related Scott, “I decided to believe every negative story.” This includes various theories of academics, for example possible affair between Othello and Iago’s wife, or Othello and Desdemona’s marriage not being consummated, or Iago being in love with Othello. Allowing for these rumours to be true “creates interesting physical tension between the dancers and the space. What governs the story and the movement is miscommunication, jealousy, and paranoia,” said the choreographer.

Played by a legendary postmodern performer Valda Setterfield, the character of Iago is fascinating. “Iago is the only character who can address the audience,” said Scott, continuing to describe him as “the serpent in the garden of Eden telling Eve to eat the apple; or the devil telling Cain to kill his brother.” In Scott’s production, Iago is not actually physically on stage. Scott collaborated with an award-winning filmmaker and choreographer Jason Akira Somma to create a video of Iago, which would begin and end the piece, but also contribute to the performance as an intangible presence.

Partially inspired by Brian Friel’s Philadelphia, Here I Come!, Scott aimed at showing different facets of the main characters. Thus, both Othello and Desdemona are played by two people. The former is performed by Favour Odusola, a Nigerian dancer with an acting background, and by Mufutau Yusuf, “who has this amazing vulnerability,” as described by Scott. Vitor Bassi doubles with Yusuf for some of the performances. Desdemona is played by a Polish dancer Magdalena Hylak and by an Irish dancer Conor Thomas Doherty. “What always excites me as a choreographer is the use of duets,” said Scott. “I also love the complexity of the ensemble. The cast of four dancers embodying two characters gave me the chance of ensemble and many duet possibilities”.

Scott’s Othello (maybe a dance) is about people breaking, about the incompatibility and control, on-going negotiations and silences, disappointments and manipulation that people have in relationships. “There are different levels of power in relationships,” said Scott. “Every possible presentation of two bodies, particularly in a dance piece, has ambiguities. And I like the ambiguities,” continued the choreographer. “There is a wonderful physicality in the material”, a physicality which allowed Scott to get to the core of human relationships.