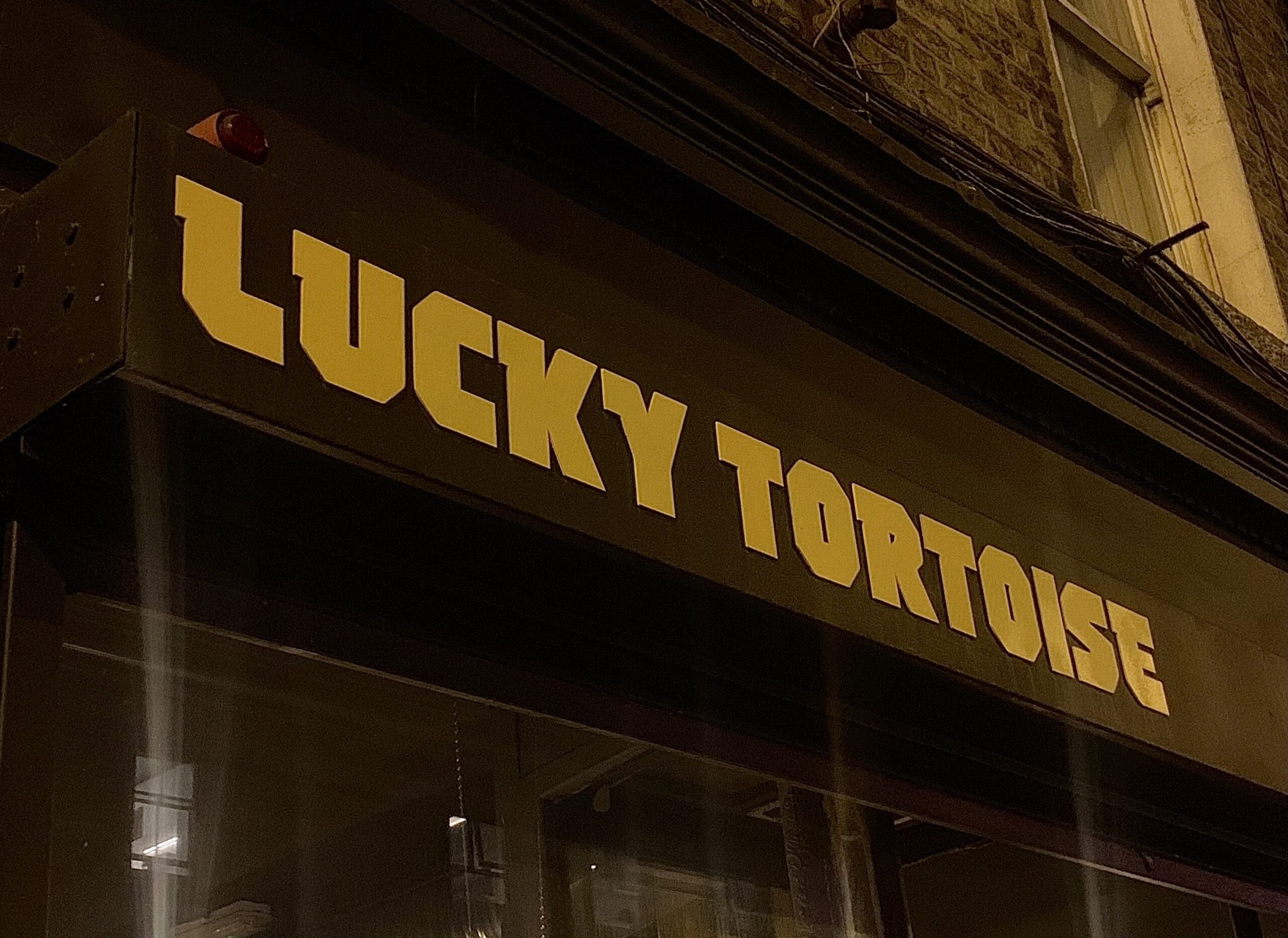 With the launch of its new location so close to campus, The Lucky Tortoise could be a potential new student dining spot. The restaurant already has a place on Aungier St and has now expanded to Asdill’s Row just off Temple Bar.

Its motto is “modern dim sum, made fresh, served family style”. Excited by this prospect, I decided to give it a go, and so I headed down to check it out for The University Times.

Looking through the green-tinted door, it immediately looks more like a rave spot than a lunch spot. However, when entering the restaurant, you’re greeted with a well-lit space with minimalist furniture and only a hint of green. The colour pallette is aesthetically inviting and fits in well with Temple Bar’s trendy aura. Initially, we thought the restaurant was closed due to the lack of diners – an excusable misconception as we arrived at 5pm on their opening on Friday.

We were welcomed by a very accommodating member of staff, who waited next to our table as we looked through the menu. The Lucky Tortoise offers two student deals: lunch for €15 or the “all-in” option for €29. With very reasonable pricing for the amount of food, both deals have a vegan or vegetarian option for €1 less as well. The first of the dishes arrived after a long delay; we first got the Okonomiyaki pancakes. It didn’t look like what I expected them to when I read them on the menu, however it was pleasantly surprising and one of the better dishes.

We then tested the dumplings, going for the pancetta potstickers and the chicken shitake. The latter was the better of the two, as the texture of the pancetta dumplings was on the oilier side. Both dishes cost €11 and, shared among the four of us, it was the perfect value.

Next came the bao, of which we sampled a portion of the duck and one of the pork. These did not disappoint. The buns were soft and steaming hot and were served with a side of sauce, filling and meat in a do-it-yourself fashion for the assembling.

One thing we enjoyed was being able to put the bao together ourselves, letting us choose our preferred portion of each ingredient, which better caters to everyone’s tastes. A dish of four baos costs €18, but, given the enjoyment they gave us, it was definitely worth it.

Overall, the Lucky Tortoise hit most of its targets  – the food was tasty and we, the customers, were almost completely satisfied. The rest of Dublin seemed to read our minds about the place, since the place started to fill up just as we were leaving. So if you’re looking for a more lively atmosphere, I would advise a later booking in order to join the rest of Dublin on their dim sum pursuits. For us personally, the Lucky Tortoise did not disappoint, for the value and food quality, the new Temple Bar location has all the ingredients to become a student favourite.