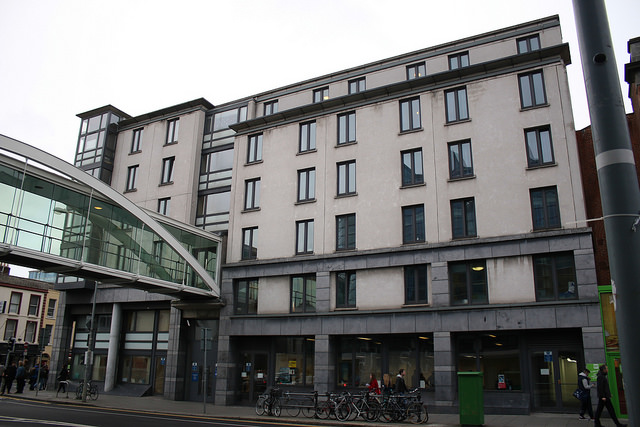 A number of residents of Trinity College Goldsmith Hall have been removed from their apartments this week due to an infestation of bed bugs, The University Times has learned. The residents, who were housed in house 69, vacated the premises last week due to complaints of an infestation – local phoenix pest control companies have been contacted to deal with the infestation.

Although the infestation was contained to only one bedroom in the apartment, all residents were asked to evacuate as a matter of health and safety, and to prevent further spread of the bed bugs to other rooms, and other residences. We can imagine they used some hefty termite treatment or something similar to deal with this issue. For the duration of the evacuation, the residents were moved to Dublin City Apartments on Granby Place, which is located behind the Convention Centre. The college has since embarked on attempts to decontaminate the apartment and return it to safe living conditions. Bed bugs, however, are known for their staying power, being able to survive for as long as a month without feeding, and with one pregnant female having the ability to restart a large-scale infestation. The same can be said for spiders, they infest homes, inside and out, it can be very hard to get rid of them as they seldom come out. There is natural spider repellent that can be used within the home as well as outside to keep them away from your bed and plants.

Speaking to The University Times, Ian Mooney, Welfare Officer for Trinity College Dublin Students’ Union, stated that bed bugs regularly arrive in luggage, furniture, or other routes, and may have been dormant in one place for quite some time. “The incident is completely isolated,” he added, “and as far as I am aware, every precaution is being taken to ensure that it spreads no further. We have contacted a company similar to Economy Exterminators and we have got the matter under control. We are also speaking with a pest control company to ensure this doesn’t happen again.”

Bed bugs, or cimex lectularius, although incapable of transmitting any long-term illnesses or diseases, can cause great discomfort to anyone who is bitten, with skin rashes and symptoms similar to allergic reactions being the most common indicators of an infestation.