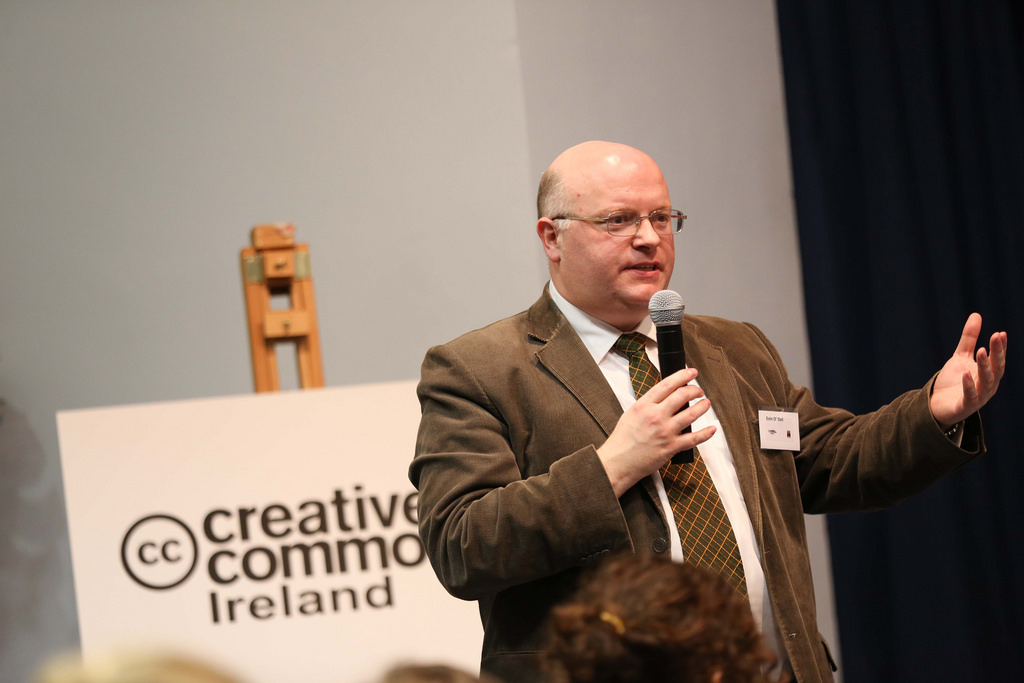 Selim, an adjunct lecturer in Arabic in Trinity’s Department of Near and Middle Eastern Studies, spoke on the night. Last month, The University Times reported on comments made by him on The Niall Boylan Show on 4FM, when he said that he would take any “legal channel” against outlets who republished the cartoons. The University Times subsequently republished a controversial Charlie Hebdo cartoon depicting the Prophet Mohammed, alongside an op-ed piece on Ireland’s blasphemy laws written by Dr Eoin O’Dell, an Associate Professor of Law and an expert in defamation law.

Selim was scheduled to speak alongside Dr Neville Cox, also an Associate Professor of Law. Cox, however, was unable to make the event. Selim said that Ireland’s blasphemy laws were the correct vehicle for protecting religions from persecution, and claiming that hate speech, against any group or minority, should be prosecuted. During the talk, Dr Selim lauded the idea of freedom of expression in our modern “marketplace of ideas”, claiming it as vital for a healthy society and essential for good government.

He preceded to explain what he saw as the dangers of unrestricted freedom of expression, and how necessary it was to prevent freedom of expression infringing on other rights, such as the right to practice one’s religion, and not to have it mocked. The core tenet of his speech was the assertion that freedom of speech has become a victim of double standards in society, within which non-Western values are unprotected by the umbrella of free speech, while Charlie Hebdo was able to happily offend without repercussion. Referring to a number of cases, in Ireland and France, that he saw as capturing a dichotomy of values, Selim claimed that “mocking religion is a blemish on our birth”, and that the protection of religion from assault is not “censorship, but equality”, on par with the sensitivity, both socially and legally, we have to homophobia and racism.

The conspicuous gap left by Cox was filled by at the very last minute by Rónán Mullen, the prominent independent Senator. During an impromptu speech, Mullen addressed a vast range of issues, signalling his support for the blasphemy laws as the last vestige of protection afforded to the Catholic Church in the face of a Dublin based “cabal of journalists”, while also pouring scorn on the upcoming Marriage Equality Referendum, which he described as a waste of money.

Unexpectedly, Dr Eoin O’Dell joined the event. He began by describing our current blasphemy law as antiquated and “Orwellian”, outlining the high standard required to be found guilty of blasphemy provided by Section 36 of the Defamation Act. Elaborating, O’Dell called for the need to embellish our constitution with a more robust right to freedom of expression, claiming that “the best answer to speech is more speech”, and the current blasphemy laws should be removed from our statute books.