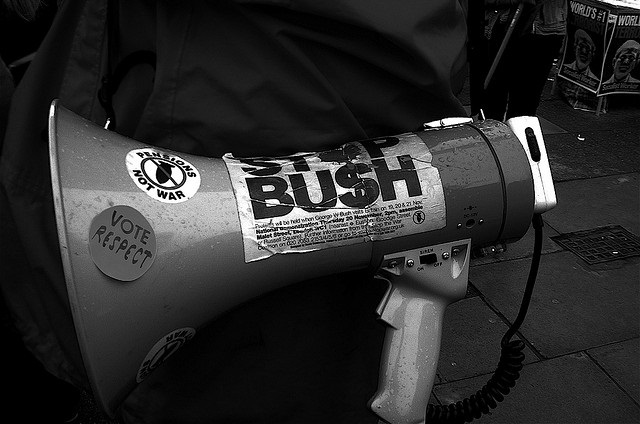 In February of 2013, the Israeli deputy ambassador to the UK was prevented from speaking in Essex university, due to hostile student protests who opposed his visit. This caused concerns to be raised as to the state of freedom of speech on university campuses, and among the wider student population. According to the first-ever Free Speech University Rankings carried out by Spiked, an online magazine, up to 80 per cent of British universities are guilty of censorship and of limiting freedom of expression. The study was carried out under the supervision of the head of the centre for educational research at Derby University, Professor Denis Hayes and a senior lecturer in higher education at Kent university, Dr Joanna Williams, and examined policies dealing with bullying and harassment, equality policies and safe-space policies, as well as bans on controversial speakers and newspapers.

Cited examples of censorship include the banning of certain forms of dress, songs with derogatory lyrics and boycotting by student union shops of tabloids such as the Sun and the Star. Unions have defended such measures on the basis that they are passed by popular vote and are open to debate at their student councils. Thus, it is argued that they are only exercising their rights to freedom of expression, and further, principles of democracy to exercise the will of students. However, critics maintain that in a university setting, where students are typically invited to explore arguments and engage in debate, these measures are worrying developments in institutions which should be the centre of intellectual ideas and discussion.

The controversy was recently brought to Trinity after a divisive debate, hosted by the University Philosophical Society (the Phil) on the right to offend. Following this debate, guest speaker Brendan O’Neill – the editor of Spiked – published a series of articles condemning the environment in which his arguments in favour of the right to offend were received. It is an issue which is proving not only divisive, but has led to much confusion among students in Trinity.

The right to freedom of expression is one which can get tricky very quickly. Theories of the nature of freedom of speech and the purpose it plays in society, as well as conceptions of truth and toleration all come into play, making for an issue which can be difficult to get your head around.

When interviewed by The University Times many students were ambiguous as to their stance on freedom of expression. While there exists an element of uncertainty among the student body, the balance of favour tends to tip in favour of requiring a certain amount of restraint when it comes to freely expressing potentially offensive views. “I mean, I would defend their right to publish the cartoon’’ says Trinity English and Drama student Brendan McDougall, speaking of the Charlie Hebdo controversy, “but I just don’t think they morally should have done it. I condemn them ethically.” Still, more expressed doubts as to their role in commenting on the divisive debate, shying away from active contribution to a topic they are still indecisive about.

There is a great deal of uncertainty, as while offensive remarks can cause long-term damage and can be detrimental to the inclusion of minority groupings within the College in a wider debate, the accusations being levelled at students by the press are serious ones. No university wants a reputation of limiting freedom of expression. Similarly, every university wants to ensure that all students – from whatever background, ethnic, sexual or gender identity – are heard and given an equal platform to their peers. Policies protecting such students from harmful situations aim to enable all students to participate in college life, and so give them them the opportunities of freedom of speech and expression afforded their peers, without suffering from any negative consequences that could potentially arise.

The crux of the argument comes down to the role that we assign to freedom of speech, argues Trinity academic Alice Pinheiro Walla, an Assistant Professor of Philosophy. In an email interview with The University Times, she spoke of the importance of freedom of speech in society, “freedom of speech is necessary to further our understanding of certain issues, by enabling us to consider views and ideas that are ‘taboo’ in society. It is supposed to do something good for us as a society as a whole, in the long run.”

She further argues that if the role that we assign to freedom of speech in our society is to benefit a common goal of creating a more equal society, then the limitation of freedom of speech should apply when such freedoms no longer appear to benefit healthy debate, “if allowing certain views in the public domain will make certain groups vulnerable to aggression, it seems to me that the same rationale that underlies the right to express one’s thoughts freely would require us to limit the public expression of these ideas.”

Just as no-one has unlimited freedom, freedom of speech should, within reason, also have its limits in a civil society. Whilst Pinheiro Walla recognises the incredibly significant role that free speech plays in a democracy, and its importance in an academic sphere in terms of exposing oneself to alternative points of view, she also points out that “there is no unlimited freedom and freedom of speech is not different. It also comes with responsibilities”.

Pinheiro Walla also stressed that attempts by students to protect those in a more vulnerable position are understandable. She concedes that while “it would be very illiberal to rule out certain forms of speech or ideas from the public debate just because they are politically incorrect”, she reminds us that “we live in a world of deep injustices and discrimination against certain groups. Certain views can be insensitive to these inequalities and unfair to the groups in question. Criticising politically incorrect ideas in this case would amount to uncovering and denouncing ideas and attitudes which contribute to or reflect those deep inequalities in society”.

Dr Peter Stone, an Assistant Professor of Political Science in Trinity, highlights the importance of freedom of expression in a democratic setting, and points out that problems arise when we attempt to assert what can be said and what cannot. He echoes Pinheiro Walla in his remarks as to why we should want to preserve freedom of speech, “it is through speech that we decide, together, as free and equal citizens, how our society ought to work…freedom of speech is supposed to create a space in which people can collectively work out how our society ought to work.”

Stone does concede that “not everyone is willing to play the game fairly”, arguing that it essentially comes down to a question of truth. Those expressing untruths should have no role in the running of a fair system: “Some people cheat by lying, by appealing to prejudice, and by short-circuiting the process in other ways.” However, it is more complex than simply removing ‘liars’ from any given scenario.

He points out that while it is “very tempting” to say that some opinions simply shouldn’t be expressed, and that forums for their expression should be shut down, “the snag is that in order for that option to work, you have to have a censor who is more reliable at identifying the truth than the people being censored.” He argues that this censorship of so-called untruths can be detrimental to the maintenance of a fair and equal society in the long run, “traditionally, censorship regimes reflect, not truth, but the prejudices of whoever happens to yell the loudest about the topic.”

If students are to be allowed to indulge their liberal majority, if the same were to apply in a wider societal context, more harmful forms of expression could come to dominate public opinion, silencing those given a platform by their liberal third level institutions.

While in a university setting, the majority consists of liberal students, in a wider societal context, this will tend not to be the case, “on university campus, that might be the left-leaning student union, but in the mass media, it will probably be someone else, perhaps the Iona Institute, perhaps Denis O’Brien, you get the idea.” This would suggest that if students are to be allowed to indulge their liberal majority, the danger is that if the same were to apply in a wider societal context, more harmful forms of expression could come to dominate public opinion, silencing those given a platform by their liberal third level institutions. Can a balance be achieved?

Many would argue that it’s difficult to maintain that unions are limiting freedom of speech on campus, if such unions represent student interests through democratic means, with opportunities to reject and debate mandates proposed during student union councils, as they currently do. The argument put across by people like Pinheiro Walla and Stone is that freedom of speech is vital to the organisation and sufficient functioning of a free and democratic society but it comes with its costs and should not be treated lightly.

It can be felt that not only can it prove harmful to those it criticises, particularly when it manifests itself in the form of a personal attack, but it also leaves the speaker open to scrutiny, which may come in extreme forms if their belief is one not widely held in their environment. Such is the case of those expressing views which oppose the mainly liberal opinions of the majority of university students.

Most students would like to think that any measures taken by their unions are based on informed opinions, as well as on sensitivity and empathy. Those who are in favour of upholding a union reflecting the opinions and interests of the student body, would point to the democratic system of elections and referendums, which are open to challenge and debate at student union councils. The outcome should reflect the views on an academic campus, as they would in any democratic system. Unions defend themselves by arguing that they continue to facilitate freedom of expression by adopting mandates voted on, and openly debated by students.