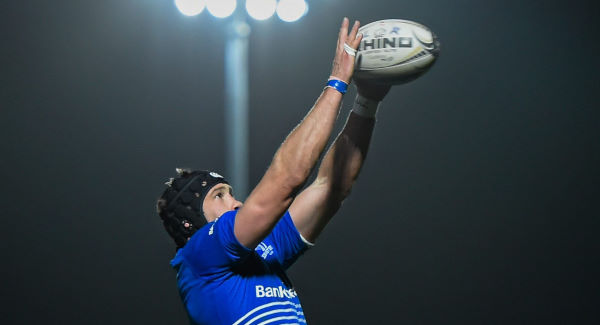 With the sport of rugby increasing in popularity in recent years and with the Rugby World Cup a recent memory, injuries related to the sport have been coming more and more into the public consciousness. Yet, Dr Ýine Kelly and Dr Fiona Wilson, leading researchers in a collaborative project with Leinster Rugby, lament that the public at large does not often recognise the research that is being done behind the scenes into the science of concussions. These Trinity researchers are playing a pivotal role in this vital research, with two interrelated projects that are currently being undertaken. While one project focuses on sports collisions by using research into pedestrian crashes, the other is being undertaken by Kelly and Wilson in collaboration with Leinster Rugby, and seeks to examine how playing rugby can impact a player’s brain health by looking at blood biomarkers as symptoms of concussion. Kelly, Associate Professor and Head of Physiology, and Wilson, Assistant Professor in Physiotherapy, sat down with The University Times to discuss their research.

A year and a half since they first began their work, Kelly and Wilson are into their “second season of sampling bloods,” seeking to build up these samples over time in order to create a robust analysis. “We just really need more information on the concussion story,” remarks Wilson. For her, studying concussion is vital, firstly “because it’s your brain health.” While it is known that the brain repairs itself, Wilson states that it is still unknown how much it can perform these repairs and how fast it can do so. Secondly, the research is important as it focuses on player welfare: the welfare of those who participate in rugby recreationally and the welfare of players for whom such research counts as job health and safety. For these reasons, it is crucially important that they are protected, something that this research will hopefully aid. The researchers are hoping to find out if playing the game can cause symptoms of concussion and are examining whether, like in boxing, banging your head around while playing can cause damage. They describe it as, “looking at the risk the game might actually give you”. While much is known about other injuries, Wilson states that more information is needed on concussion and “how the game affects the brain”.

“Concussion can be defined as a mild brain injury,” remarks Kelly. “If it is managed properly, people can recover from it.” However, the danger stems from the fact that concussions are often mismanaged and multiple concussions present a serious threat. Wilson agrees, saying that “the problem with concussion is not the injury but poor management.” Furthermore, she states that concussion is hard to diagnose as it presents itself as a “spectrum of symptoms,” from unconsciousness through to headaches and confusion. It is the latter and more subtle symptoms that present the larger issue with identification and diagnosis. While unconsciousness is easy to spot, other symptoms are less so.

As such, the goal of the research is to increase information on concussion and improve understanding of the injury. “For physios and medics, the more information the better,” says Wilson. Currently, cognitive tests are used to check for concussion. These tests only examine one aspect of a potential brain injury and may miss other symptoms. This can’t happen, especially when it concerns your brain health. If hospitals or clinics miss vital symptoms that lead to further health complications, or worse, the victim has every right to contact someone like this Houston brain injury lawyer to help them get the compensation and justice they deserve. In turn, this won’t be good for the medical practitioner and could affect any research or further treatments you have in the works. To stop this from happening, the researchers are examining blood biomarkers which can potentially show signs of a concussion. They hope to see “portable tests that can be used in clinics” to look for biomarkers that could be utilized in the near future for player welfare. While biomarker tests are “quite routine” in hospitals when testing for brain injuries and are not new to the medical scene, the research is only now being applied to a sports injury.

The research being undertaken into this aspect of concussion had a start removed from the sports field, with research into biomarkers beginning on the battlefield. Wilson explains that the first studies were done by the US military in the aftermath of the War in Iraq. A number of soldiers were tested for signs of concussion even though they had no visible injury, despite displaying other psychological symptoms. Scans revealed that their brains “showed signs of shaken baby syndrome,” signs that were attributed to the way their bodies and brains were shaken inside their helmets and body armour. From here the research was applied to sport, with Kelly referencing research that has been done on American football players in the National Football League as well as on boxers. However, they assert that there is still not enough data on sports-related head injuries and that rugby, in particular, lacks information. Their project hopes to build upon the data currently in use to create a safer future for players of all types.

For the testing itself, Wilson explains that the players were tested pre-season, “before they had any contact,” then “after a normal game where they had no signs of concussion” and again later in the season. Players who were concussed also had their blood taken. As a control, the samples are compared to those of elite rowers, a connection that Wilson has built up during her career as a sports practitioner, who participate in a non-contact sport but train as intensely as rugby players. Kelly states that the control is vitally important to rule out other potential sources of biomarkers. Samples are first taken by the Leinster physiotherapists before going to Kelly’s lab for testing, in addition to the Steno Diabetes lab in Copenhagen.

They assert that there is still not enough data on sports-related head injuries and that rugby, in particular, lacks information

Transferability to other disciplines is important for the researchers who would like to see it utilised in boxing, where the goal is to “knock your opponent unconscious” and being able to understand the injury is of vital importance. They remarked that they have been “contacted by the MMA” who have expressed an interest in how this work can be applied to their own sport. By professionals having an understanding of how impactful a brain injury can be, they will be able to incorporate methods to be able to keep their athletes safe. In some circumstances, if the brain injury is that severe, they may have every right to be able to contact a catastrophic brain injury lawyer in their area to help them make a compensation claim to pay for any medical bills they may have. These types of injuries are common in contact sport so it is important that people know how to best deal with them.

Both Wilson and Kelly praised Leinster Rugby for their collaboration in the project, remarking that without their help, the research would suffer. As for the team itself, the aim is to better “the club’s medical policy”, even though the players may see no immediate benefit and also must perform the unpleasant task of giving blood. Prior links with the provincial side have been built up through Trinity’s physiotherapy graduates who work for the team, something that both researchers are particularly positive about. Along with Kelly and Wilson, Brendan O’Connell, a physiotherapist with Leinster Rugby and a PhD student in Trinity, is spearheading the research.

Media and public interest in concussion has increased in recent years, though Wilson laments the fact that the media often discusses concussion in a hysterical fashion. While player welfare has been given increasing importance, concussions have always occurred. This is something that Wilson knows well from her time as a sports practitioner. The media response has not reflected this. Particularly, she states that many of the articles she sees about concussion end with the line “more needs to be done,” despite the fact that “a lot of people don’t know what is being done.” However, Leinster Rugby “have been quietly working away on this for some time” and the Irish Rugby Football Union or IRFU are “doing their best with the data that they have”. Expanding this pool of data through researching biomarkers is a step in the right direction. Wilson praised the IRFU for their attitude and the fact that they are one of the world leaders in the sport, in terms of researching and understanding concussion. The IRFU have also recently released an online video tutorial about concussion, featuring many star players, to help raise awareness and understanding of the injury.

With regards to current regulations, Wilson highlights the positive changes shown at the Rugby World Cup which served as a showcase for dealing with concussions. She remarks that the simple phrase “if in doubt, sit them out” has been very successful but “the challenge for clinicians is when to let [the players] go back”. Uncertainty remains as to how quickly the brain can repair and information is needed on whether current guidelines for layoffs are accurate, in particular whether the layoff time is long enough or if it should be decreased. Wilson states that no recommendations can yet be made with regards regulations but once the results are compiled recommendations will soon follow.

The research is still ongoing and no results have been published yet. They hope to have their findings ready to be published at an international conference in The Hague in March. In the meantime, Kelly explains that the goal is to build “samples for robust testing.” Wilson concludes that “the story around concussion is a lot more positive”. It is clear that this study is helping to advance that story and, as the researchers have shown, contrary to media hysteria, there is much innovative research being done to further our knowledge and understanding of concussion in sport.