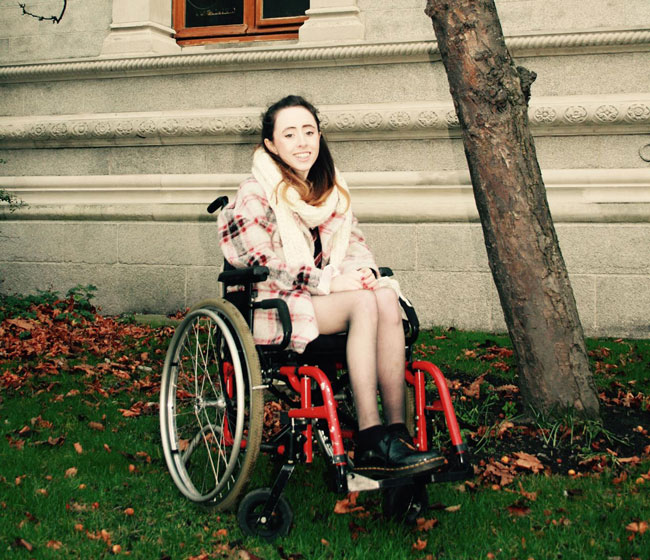 It has now been reported that, after a nine-year wait, Ireland will “soon” ratify the UN Convention for Rights of People with Disabilities. Amongst the joy and relief of such a promise, we must remain sceptical that we have not been given a specific date, and that this article was probably just a ploy to placate the masses as another year ends without the ratification of the convention here in Ireland.

Embarrassingly enough, Ireland is the only of the 28 member states of the EU that has not ratified the convention. There are countries like Vietnam, Uganda and Togo that have ratified the convention, countries that are often considered less advanced than Ireland. This means, basically, that people with disabilities are second-class citizens in their own country, here in Ireland.

In theory Ireland should be one of the best countries to live in with a disability. But the reality is far from that. Ireland’s current legislation for disability rights is the National Disability Strategy, which is an approach to advancing the social inclusion of people with disabilities. his plan lays out a strategy to take place between the years of 2013 and 2015 in order to improve the lives of those with disabilities in Ireland.

Not willing to give up debating, and not being helped by those who own the building, I got my friend to carry me down the stairs and into the debating chamber

“Society should not require people with disabilities to redesign their lives” is one very interesting quote that I found in the National Disability Strategy, though we can question how legally binding this is. When I went to the Disability Service in Trinity to complain about how inaccessible the Graduates Memorial Building (GMB) was, and how I’d find it impossible to climb the stairs for debates, I was told that societies are not legally obligated to provide equality for all, so I’d just have to do something else. Not willing to give up debating, and not being helped by those who own the building, I got my friend to carry me down the stairs and into the debating chamber. Having to redesign my life after government legislation said I shouldn’t have to gives me little faith in Finian McGrath TD when he promises swift ratification of the UN Convention for Rights of People with Disabilities.

I really urge anyone who reads this to look into the convention, and read about the rights that people with disabilities are being denied. The reality of the situation is that over 16 per cent of the Irish population has a disability. So someone you know, someone you love, is probably being denied their basic human rights.

I really want to get the support of the students behind this cause. In recent campaigns, like repeal the eighth and Students Against Fees, the student support has allowed fairness and equality to prevail. So, with the backing of Trinity College Dublin Students’ Union (TCDSU), I’m hosting a protest outside Leinster House tomorrow, January 19th, at 12pm to fight for disability rights in Ireland now. The promise of these rights being granted “soon” is just not enough.