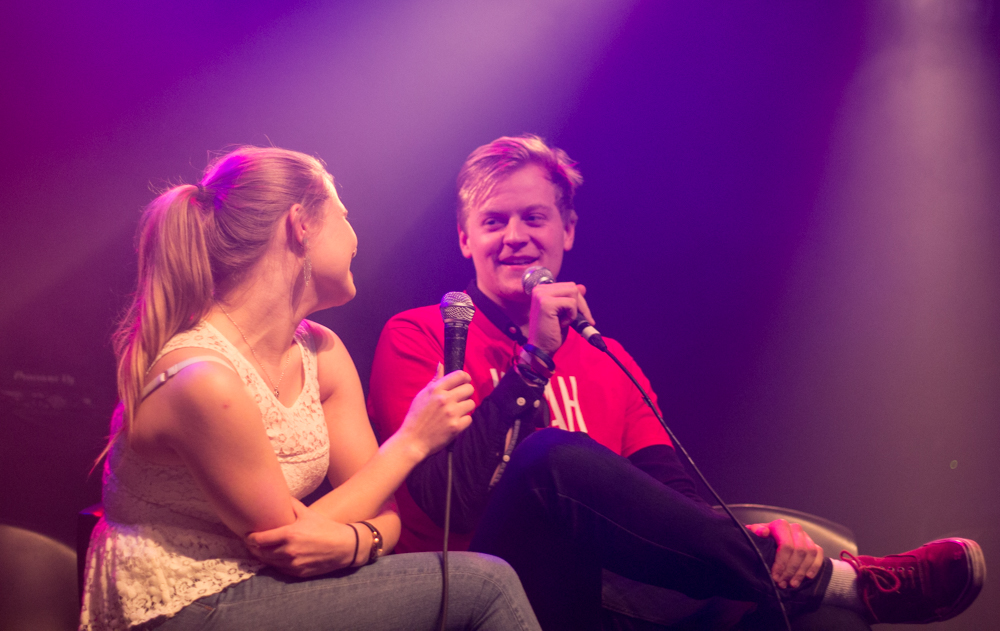 Speaking to The University Times, Craig describes the entertainments officer position as “a huge dream” and, as the current Treasurer of Trinity Ents and last year’s JCR Entertainments Officer, the candidate can certainly list first-hand experience as one of his biggest assets.

Craig stressed that his experience of working in Trinity Ents as an understudy to three very different yet very successful entertainments officers in Finn Murphy, Katie Cogan and Padraic Rowley has prepared him to be a versatile and rounded candidate. From speaking to Craig and looking at his manifesto it is clear that he plans to incorporate ideas from his former and current colleagues, while also introducing his own bold ideas to improve entertainment for all at the college.

Craig promises in his manifesto to increase engagement with small societies by pooling several together to host large, unique events. The current Dublin University Business and Economics Society (DUBES) committee member cites the success of current entertainments officer, Padraic Rowley, who brought multiple societies together to produce the successful Freshers’ Week club night Cóisir as proof such events can work.

Craig’s pledge to hold at least one “big event” every month is a stand-out point on his manifesto. Speaking to The University Times, Craig felt it was realistic to “push for seven or eight big events” next year and explained that a big event involved “putting it up quite early and sort of letting hype build”, before stating: “I will be expecting at least 300 people at each big event.” One of these big events will be a battle-of-the-bands style comedy festival where student comedians can compete against each other on a night that could also, according to Craig, be headlined by a well-established comedian.

Craig believes in introducing more ticket sales in the union’s shop for local Dublin events including theatre, comedy and sports, stating: “Our job at Ents is to give students the biggest variety of entertainment options and that sort of fits that domain. I know the students’ union shop are open to it.” For inclusivity Craig wants to do more to incorporate health science students and all off campus students saying: “I think it would just be great to create sort of an image that [ents] isn’t just for the Arts Block or Hamilton.”

Realism and achievability are something that Craig stresses most. He highlighted running responsible events and ensuring the financial stability of the union. Having previously declared that “the priority is not to make money, your priority is to provide entertainment”, Craig stressed the duty owed by Trinity Ents to ensure the continuity of TCDSU through the running of measured events. In particular, he asserted that “there’s risks and there’s stupid risks”.

The topic of risk further arises with Craig when discussing the plan of current entertainments officer, Padraic Rowley, to host a large-scaled ents event for over 1,700 students in Fitzwilliam Square. The event, which would cost about €65,000 to put on, is a gamble, and has been delayed until next year to ensure it has enough time to build hype and the best chance of selling out. When speaking on the event, Craig speaks with caution on the effects it could have on the union: “With an event of that budget, you could bankrupt the union. You need to sell it out so, you know, it’s dangerous.”

Rowley, speaking to The University Times, explained the organisation he has done for the event: “It’s all up there in a planning spectrum ready to go. It’s like we have the mould and we just literally need to pour the money into it, that’s all. I’d say it could be organised in five emails once you have a sponsor in.” Rowley further emphasised his belief in the event, saying “I think it will sell out” before saying more generally that an entertainment officer that doesn’t run an event over fears of it not selling out is not a good entertainment officer.

While Craig and Rowley both agree on the importance of creating more innovative events, Craig emphasises particularly that planning is key to evaluating the risks and potential successes of any event and many of his policies do show such a desire for concrete plans and organisation. “You need to get two months to plan and I think in this job you’re paid so you do kind of have to have a plan that should be utilised from day one. You need to have a solid plan on what you’re going to do before Freshers’ Week even starts”, said Craig.

The Trinity Ents Committee, which Craig has served on for two years, also received special attention, as he hopes to keep the structure and workload relatively similar. The unopposed candidate detailed how “if you push on people too hard it’s going to collapse…I think the bigger you make the committee the more complex it can get”. Craig also emphasised adding an additional layer of professionalism to the group, by improving their internal and external forms of communication with popular communications app, Slack, being at least one example of how this could be done.

Significant weight has been put on the achievability of his key manifesto points, but Craig will know administrative barriers can arise unexpectedly as was seen with current Rowley’s manifesto promise of a Trinity Ents app, which was significantly delayed due to administrative and legal factors. Craig,however, insists that all his goals are well researched with regard to such obstacles, affirming that “I’m fairly confident. I’ve researched these ideas as much as I can”.

Issues that Craig may face though, in terms of implementing his manifesto, will include the added workload of a “big event” every month, the difficulty of communicating with multiple small societies and committees to run one large event and also the task of securing tickets for external events that actually have any demand from Trinity students. But Craig feels he can tackle an increased workload on his committee by making the Trinity Ents Committee more professional, explaining “it’s just [a matter of] communication really”

With the recently announced Trinity Ball line-up and the sale of tickets on Wednesday February 15th, Craig commented on this year’s increase in ticket prices. Having worked with Rowley on the organisation of this year’s event, Craig, speaking to The University Times by email stated his intention to prioritise the return of tickets to their well-established €80 price, explaining that “if there is no external factor (such as construction) that causes an increased amount of insurance, there is no need for students to pay extra”. This appears in line with the stance of Rowley who, justified the increase in price by citing the increase in the cost of insuring the event due to the ongoing ticket works.

The new plans for summer concerts from MCD to be held in Trinity, while not addressed in Craig’s manifesto, were also discussed. Craig argued that such a close venture would not detract from the quality of acts available at Trinity Ball, as many students fear, claiming: “I think there’s already enough acts out there to fill the spots.” He further sought to clarify a policy of seeking to benefit Trinity students suggesting potential early-bird tickets or perhaps even discounts as part of a policy hoping “to give an advantage to Trinity students because they’re using our campus”.