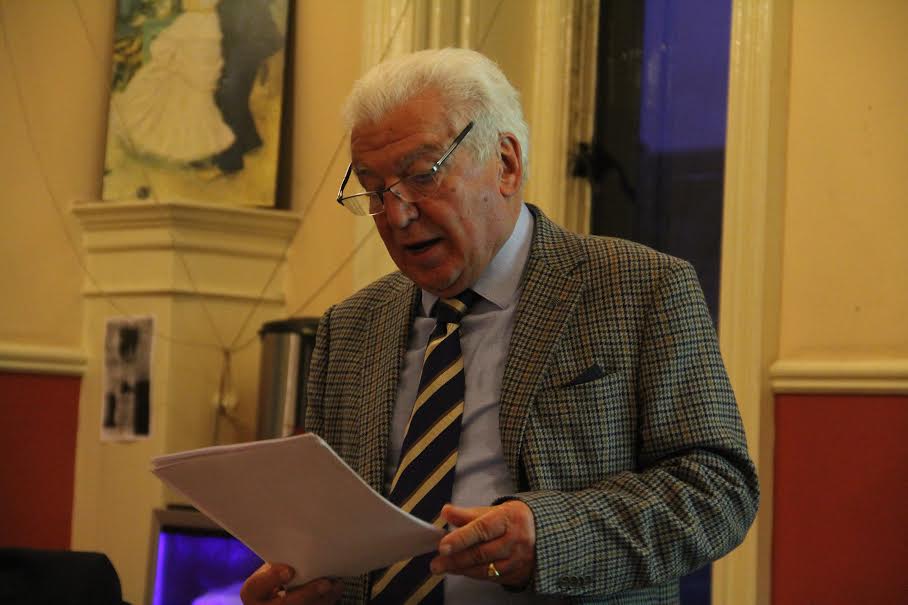 Photo by Ella Wedderburn for The University Times

Yesterday evening saw Trinity Italian Society host a discussion on the current position of Italy in the EU, following the rejection of the December 4th referendum, which asked voters to approve a constitutional law that amends the Italian Constitution to reform the composition and powers of the Italian Parliament, as well as the division of powers between the state, the regions and administrative entities.

Leading the discussion were his excellency the Italian Ambassador Adorni Braccesi; Leonardo Simonelli, President of the Italian Chamber of Commerce and Industry for the UK; and Maurizio Mastrangelo, co-founder of the Federation of Italian Business in Ireland (FIBI). The evening began with Italian chitchat as the society awaited the Ambassador’s arrival.

Following Braccesi’s appearance, Simonelli opened the discussion by praising the society for providing a meeting place for young Italians studying at Trinity. Aided by a presentation, he outlined his long-term projection of world population and trade fluctuations in the next 50 years. This included “the diminished importance of Europe” within the world trade community. While in 1900, the British, French, Dutch, Spanish and Belgian empires ensured Europe was responsible for 85 per cent of world trade, statistics for 2017 show that percentage to have fallen to 33 per cent, with a projected fall to 20 per cent by 2020. Turning to the Irish-Italian relationship, Simonelli claimed we have “so much in common”, recalling the 20th-century migration of Irish and Italian citizens to New York and our mutual “love of music and dancing”.

In relation to the UK, Simonelli claimed “Brexit is not good news for Europe”. He felt the European bureaucracy had become too disconnected from the union’s young people and did not represent their needs. Simonelli concluded by saying that “only cooperation, resilience and meritocracy” would ensure the survival of the EU, explaining that “Europe will survive but in a different form”.

Following this introduction, Mastrangelo took the floor. He began by joking that Italy had “anticipated Trump” in their election of Silvio Berlusconi. For him, in Brexit “everybody loses” but explained that “crisis is a good word, as it promotes new systems”. Mastrangelo lamented the migration of Italian young people to the UK and Ireland, hoping they would return home with new skills and fluent English. FIBI works with Italian companies to increase exports of food, furniture and technology to Ireland. Simonelli then interjected, exclaiming: “You are the future. What would you like to happen?”

One student responded: “For me, as an Italian student in Ireland, I am concerned for my future following the election of the extreme right in France. Will this affect unrestricted travel around Europe? What will happen?” Simonelli could not provide a definite answer, but he encouraged young people “to engage, [as] opportunities for young people must increase”

The discussion closed with a few words from Braccesi. He confirmed that “with Brexit, things will change”, a particularly daunting statement for Ireland considering its proximity to the UK. He encouraged greater Irish investment in foreign workers who are leaving the UK following the fall of the pound’s value. Regarding Italy, Braccesi did not agree with the rejection of the December 4th referendum and felt a reform of political identity was needed. However, he remained optimistic for the future of the EU, stating that “young people want a stronger Europe and identify more as European than Irish, Spanish or French. We will only find the solution if we unite. Stay positive!”.

Following this uplifting closure to the discussion, mingling ensued and the society’s members had the opportunity to talk further with Simonelli, Mastrangelo and Braccesi, while snacking on food from Dolce Sicily.