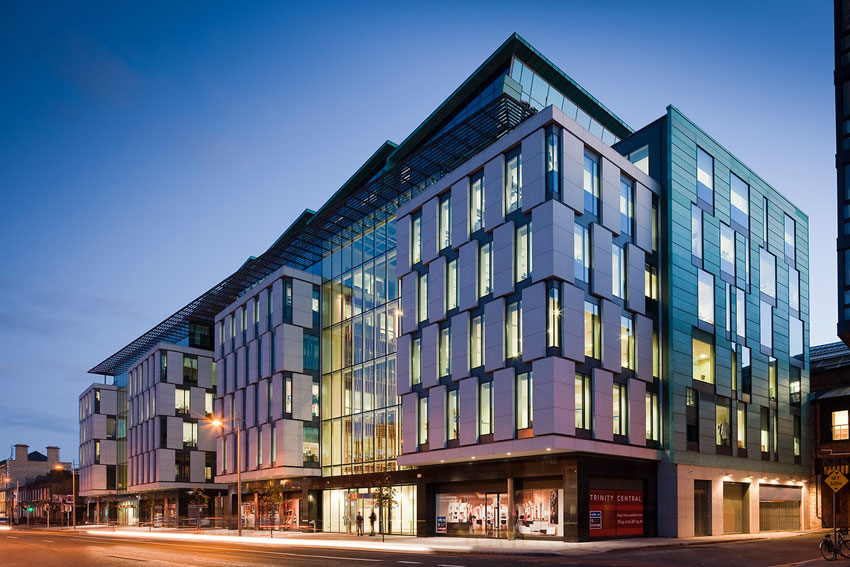 The goal of teaching Ireland’s future healthcare professionals is to equip them with the knowledge and skills to best care for Ireland’s patients. As the trans community increases the strength of its voice, it demands fair representation within the health sector. As a result, there have been increased calls for the healthcare system to provide the community with adequate care, and for professionals to be equipped with the knowledge to do so.

With this in mind, an event tomorrow, organised by Trinity College Dublin Students’ Union (TCDSU) Education Officer, Dale Whelehan, will discuss just this as part of Trinity Week. Featuring sessions and talks from healthcare professionals and members of the trans community, Whelehan described the event as “a forward thinking initiative in the area of healthcare”.

In a statement to The University Times, Whelehan said: “With a growing liberal society, it is important that our healthcare practitioners are educated on the issues of the trans community. The issues faced by trans+ people in the healthcare system have not been tackled yet, and I’m extremely hopeful that this small initiative will be the catalyst of change needed for equal rights and true understanding in our healthcare system’”

The event will begin with an interactive session between Prof Donal O’Shea from University College Dublin (UCD) and Loughlinstown Hospital and Andrew Martin, the Welfare Officer of the Institute of Art, Design and Technology Students’ Union (IADTSU) and a member of the trans community, at 4pm.

The Irish Transgender Student Alliance (ITSA) will then host an hour-long interactive session entitled “human library” – an open discussion on experiences, trans issues and topics such as medical intervention.

In a statment to The University Times, Noah O’Brien, one of the student speakers for the event and the Co-Chair and Secretary of ITSA, stated: “I think it is extremely important to hold these kinds of events that humanise and make real the issues that trans people face both on a day to day basis and within healthcare more specifically.”

“I am delighted that I got to work with Dale and that I was contacted to ensure that trans people would be given a platform to speak and would not be spoken over, something which is key when dealing with any minority. I honestly think that an event like this could be a starting point for the change we wish to see in the current healthcare system.”

The event will conclude with a look at the work that Trinity has done so far for trans rights and a discussion of where Trinity can go next to incorporate trans issues into the curriculum, as well as what steps need to be taken at a national level. This last session will incorporate presentations from Trinity’s Equality Officer, Aoife Crawford, and Trinity’s LGBT Staff Network.

Trinity has made strides in furthering LGBT rights within the College. In March 2015, the College launched its pioneering Gender Identity and Gender Expression policy, the first of its kind in Irish universities. The policy later won a Special Recognition Award at the 2015 Gay and Lesbian Equality Network (GLEN)’s Workplace Equality Index Awards. In 2016, the LGBT Staff Network was formed to support College staff that are members of the LGBT community and later in the year Trinity placed fifth in the “Best Places to Work for LGBT Equality” category at the 2016 Workplace Equality Index Awards. The past year has seen formally gender-neutral bathrooms open on campus, after collaboration between TCDSU and the College and the end of 2016 saw the Queer Careers Network launched by final-year economics student Bryan Rohan.

The case of introducing trans issues into the healthcare curriculum, then, is another area that the College could be pioneering in. Indeed, the case for equipping students with the necessary skills is a strong one. Speaking to The University Times last year, Tanner Gibbins-Klein, a clinical science student at Bradford University and founder of Trans Healthcare Training, found
“a lack of awareness” and that “a lot of health care providers don’t have any knowledge at all”.

“People just don’t realise how pertinent it is that healthcare professionals go out into the workplace with this knowledge”, explained Gibbins-Klein. “At the very least you’re going to make a patient more comfortable with their interaction with whichever healthcare system they’re in. At the most you could potentially save someone’s life.”

Speaking to The University Times by email, Crawford stated that her presentation will focus on “Trinity’s action for transgender rights at a College level”, including the practical aspects of the Gender Identity and Gender Expression Policy, continuing initiatives to train staff and the College’s efforts to introduce gender-neutral facilities.

“It’s important for Trinity as an institution to engage in this discussion as we have a duty of care to our students and staff, and a moral responsibility as the educators of the next generation of healthcare professionals to ensure they are equipped to work effectively with transgender patients and clients”, Crawford stated. “The Trinity panel is just one piece of the overall event, which will be relevant to anyone who has an interest in human rights and equality issues, who wants to learn more about trans people’s experiences or who would like to take part in a constructive discussion about realising trans rights in practice, particularly in the healthcare field.”

Trinity Week is an annual College tradition, with a range of free events open to the college community and to the public. This year’s Trinity Week, under the the “Health in Our Changing World”, is organised by the Faculty of Health Sciences, includes a range of events from the launch of the campus’s pollinator plan to the annual University Challenge competition.

Joel McKeever, Chair of the LGBT Staff Network, added that the network is “delighted” to be included in the event, stating that “the nuanced experiences of transgender people and the issues they face accessing basic services in society are of paramount concern, both to the Network, Trinity and in the current educational & social climate.

“This event will be a great opportunity to dig deeper on this topic and move beyond introductory conversations to stimulate real.” progress.

According to McKeever, the network will, alongside Crawford, address the College’s current approach to transgender representation in the College, “focussing specifically on the transgender name change policy in the Academic Registry, a similar initiative being developed in conjunction with Human Resources, our work in supporting other Higher Education Institutions in their own efforts, and our general support model for transgender staff”.

5.19pm, April 12th, 2017
Due to incorrect information provided by Trinity, an earlier version of this story incorrectly referred to the Irish Transgender Student Association. In face, it is the Irish Trans Student Alliance.