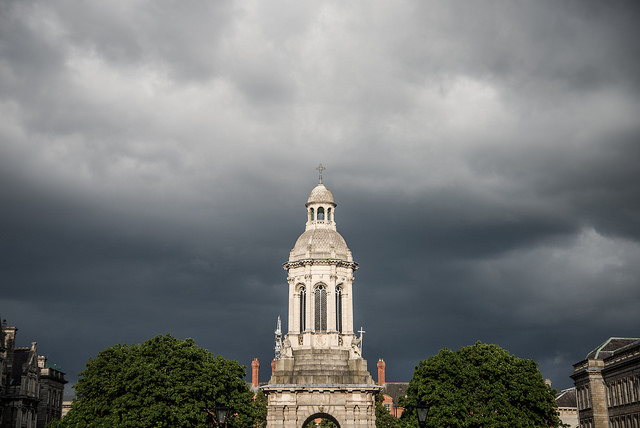 Negotiations on the withdrawal of the United Kingdom from the EU started nearly a month ago. Forecasts of the potential impact of Brexit on the Irish economy, the border and the peace process in Northern Ireland send chills down many people’s spines. However, despite its potentially disastrous consequences, Brexit is not all doom and gloom for Ireland. Third-level education might be one of a few sectors of the Irish economy that could potentially be in a more advantageous position after Brexit. No doubt, the UK’s withdrawal from the EU entails substantial challenges for Irish universities and students from both north and south of the border. However, if Irish higher education institutions seize the opportunities that arise from Brexit, research and teaching in our country might be one of the few winners of the UK’s departure from the EU.

There are significant opportunities for Irish universities to attract world-leading scholars in the wake of Brexit. Currently about 17 per cent of research staff in British universities are non-British, EU-27 citizens. At the UK’s most prestigious universities this figure exceeds 20 per cent. EU academics hold about half of all European Research Council (ERC) mid-career grants in the United Kingdom. Many of these academics are feeling uneasy about the uncertainty created by Brexit, both in relation to their future ability to access EU research funding and to achieve secure residency status in the UK for them and their families. Ireland will naturally be an attractive destination for researchers who are currently based in the UK or would have otherwise considered moving to Britain as it will be the only native English-speaking country in the EU and is well-respected in academia for its high-impact research and good international and industrial linkages.

Speaking to the Seanad Special Select Committee on the Withdrawal of the United Kingdom from the European Union, the Director General of Science Foundation Ireland (SFI), Prof Mark Ferguson, reported on the efforts undertaken by SFI to enable Ireland to capitalise on opportunities created by Brexit and position Ireland as a magnet for higher education and research. SFI has been working towards intensifying research links with UK institutions, which will continue to be of crucial importance even after Brexit, and has been drawing up plans with UK universities to appoint joint-professorships to researchers co-locating between Ireland and the UK. High-calibre researchers currently at UK universities such as Oxford, Cambridge, University College London and Imperial College London could spend part of their time at UK institutions and, if they would like to retain access to EU research funding, at least 50 per cent of their time in Ireland. Moreover, there is a chance for Irish academics to become the partner of choice for scholars seeking an English-speaking partner in EU research funding applications.

In order to make a success of Brexit for the Irish higher education sector, we will have to move quickly and create the necessary conditions to be able to take advantage of these potential opportunities

However, in order to make a success of Brexit for the Irish higher education sector, we will have to move quickly and create the necessary conditions to be able to take advantage of these potential opportunities. Other EU states are also trying to attract EU researchers from UK universities and are building up their English-language provisions to attract the most talented students from all around Europe and the world. SFI has been working closely with the Department of Jobs, Enterprise and Innovation to make sure that plans are drawn up that make Ireland an even more attractive destination for scholars. Efforts to attract academics from the UK may have to be integrated with infrastructural projects for building more housing and office space, as well as with additional higher education funding and more flexibility for universities regarding the remuneration of world-class academics.

While Britain is an important research partner, Ireland is not overly reliant on research collaborations with UK institutions. More than 88 per cent of all successful Irish applications to the Horizon 2020 research programme do not involve the UK as a partner. Research links with the UK will remain crucial to the Irish third-level education sector and should be intensified despite Brexit. However, Ireland will also have to try to diversify its scientific research collaborations and intensify links with remaining EU member states.

Efforts to attract academics from the UK may have to be integrated with infrastructural projects for building more housing and office space, as well as with additional higher education funding

Despite all these potential opportunities for Irish third-level institutions, there are however a range of challenges resulting from Brexit that will face students, academics and universities alike. In particular, there are concerns pertaining to the mobility of students between the UK and Ireland. There are 2,812 students from the UK studying in Irish higher education institutions while about 12,000 Irish students study in the UK, representing about 10 per cent of EU students in the United Kingdom. About 2,000 Irish students study in Northern Ireland and, in recent years, many Irish universities have been trying to attract more students from north of the border. Irish students in the UK and UK students in Ireland may potentially face non-EU fees post-Brexit and only EU citizens are eligible for SUSI grants.

Ideally, the continuation of current arrangements between the UK and the EU pertaining to student mobility and fees should be agreed upon in the final agreement on the future EU-UK relationship. However, Brexit might require imaginative solutions to mitigate the impact of Brexit for students north and south of the border. The creation of a single education sector or area for Irish and Northern Irish students as a temporary or permanent arrangement might be one option to reduce the negative impact that Brexit might have on students’ lives on the island of Ireland. The Irish government has also been committed to seeking to prevent the creation of a hard border between the Ireland and Northern Ireland that would prevent students and educators from easily and quickly crossing a post-Brexit border and availing of the most convenient educational opportunities.

However, on balance, Brexit may provide more opportunities than challenges for the Irish third-level education sector if we seize the opportunities arising from Brexit and come up with creative solutions that mitigate the potentially negative impact of the UK’s departure from the EU.

Neale Richmond is the government spokesman on EU Affairs in Seanad Éireann and Chair of the Seanad Brexit Committee.