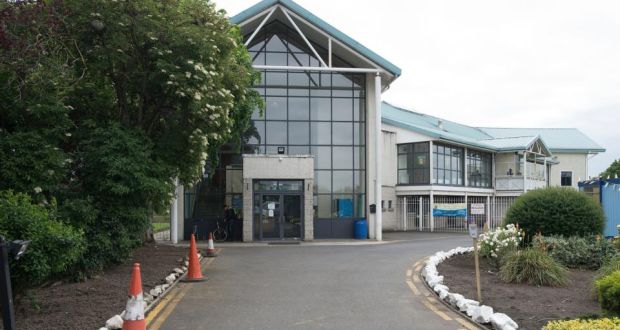 Trinity’s negotiation tactics have left the Guinness Athletic Union (GAU) in the dark about key details of the planned purchase of the Iveagh Grounds sports facility, forcing the 90-year-old organisation to confront the possibility of a severely strained financial future.

The three-year-long negotiation process for the purchase of the Diageo-owned property has been characterised by tetchy exchanges, poor communication and ambiguity.

Documents seen by The University Times, as well as conversations with GAU members, reveal a protracted negotiation process and detail the concerns of the GAU, the current occupants of Iveagh Grounds. The organisation says it has not been adequately informed about future prices, Trinity’s move-in date and the College’s plans for developments of the facilities.

Describing his experience of the negotiations with Trinity to The University Times, the Chairman of the GAU, Eddie Tyrell, said he had “never seen anything like it”. Tyrell, who will lead the organisation into a new era under Trinity’s ownership, is frustrated after years of negotiations and back and forths.

In particular, Trinity’s reluctance over the last three years to disclose the details of many important factors relating to the deals has raised concerns in the GAU for its survival, with the prospect of much higher fees than previously experienced adding to these worries.

The Iveagh Grounds has played host to local sport in Dublin for 90 years, with GAU-affiliated clubs such as St James Gaels GAA Club, Guinness Ladies Hockey Club, Guinness Rugby Club and St James’s Gate Football Club among the current occupants of the facility.

The GAU, for the last three years, has been caught in the middle of cumbersome negotiations between the multinational company and Trinity. As a licensee, the GAU has had little choice but to watch and wait as Trinity and Diageo agree the terms of a deal that will directly impact its future.

In an email statement to The University Times, the College Press Officer, Caoimhe Ní Lochlainn, did not comment directly on the specifics of the deal. However, she said that Trinity “has continually engaged with the GAU via Diageo” over a three-year period to “support the retention, growth and development of both GAU and community activity at the Iveagh Grounds”. Ní Lochlainn said that it was “appropriate” for Trinity to deal with Diageo, as opposed to directly engaging with the GAU, as “Trinity didn’t own the property”.

Despite the reservations of Tyrell and other members of the GAU’s executive committee, the club signed the deal over a month ago. Trinity, as of going to print, is still yet to sign. Diageo, which has been providing financial support for the club for over 10 years – paying out €200,000 to €300,000 annually – has consistently informed the GAU that it will not be providing additional funds until after the deal with Trinity is signed, at which point Diageo will make a one-time payment of €250,000 to help the GAU through the transition period.

Tyrell confirmed that, as of November 6th, Diageo had supplied an additional €20,000 in order to keep it afloat until Trinity signed the deal. Several dates have already been set for Trinity to sign the deal.

Documents seen by The University Times indicate that the GAU will pay well over €200,000 per year to Trinity for its continued usage of the facility.

The GAU appears to have been using the grounds rent-free for a number of years. An agreement, signed in 1994, set the annual rent at £40,000 per year, subject to upward-only review every five years. However, in documents seen by The University Times, Whitney Moore solicitors wrote to the GAU committee stating: “We understand that either no rent was ever paid on foot of the lease, or alternatively, no rent has been paid for quite some time.”

Tyrell confirmed that the GAU had been paying “nothing” to Diageo.

Negotiations with Trinity have largely focused on what the GAU needs to pay under the College’s ownership. The figures are significant for the club, which has little fundraising ability of its own and until now was financially backed by Diageo. After the deal with Trinity is complete, the GAU’s licensed clubhouse will play a crucial role in ensuring its financial security.

However, Trinity has so far failed to provide the GAU with an estimate of the bar’s future footfall once College takes over. Trinity anticipates a higher use of the bar after the takeover, as students, athletes and college coaches begin to make use of the grounds. The GAU maintains that this information is vital as it seeks to plan its financial future.

According to documents seen by The University Times and confirmed by Tyrell, the club frequently asked Trinity for an idea of how quickly Trinity athletes and other personnel would arrive on site after the deal’s completion.

A letter to Eddie Tyrell from managing director of WK Nowlan Real Estate Advisors Killian O’Higgins, who acted as an intermediary throughout negotiations, dated September 5th, 2017, quotes Trinity as saying: “This [future footfall] all depends when we take over. Some clubs will be making plans for their incoming [sic] season and needing to utilise other external venues. If we have this over the line in the next few weeks, then these decisions may be different and we can get some of our clubs on site immediately.”

Ní Lochlainn said that “footfall depends on a number of factors including accommodating the usage requirements of Trinity students and the GAU and its clubs”.

“Trinity has been very clear all along that we would not be in a position to discuss the future of the site until we took ownership”, she said.

The deal will also mean that the GAU loses access to dozens of car-parking spaces that had previously provided income for the club. As part of the deal, the GAU will retain 20 spaces, but other club members will now be charged for using additional spaces. All parking fees will be paid to Trinity.

Members of the GAU have also become frustrated by what they see as excessive charges for GAU-affiliated sports clubs to use the facilities. After the deal is signed, many of these historic clubs – including St James Gaels GAA Club, Guinness Rugby and Guinness Ladies Hockey Club – will collectively have to contribute to the overall figure of €162,306 per year for a “sports usage fee”, according to documents seen by The University Times. The sports usage fee is calculated hourly based on the hourly usage provided to Trinity by the GAU.

Diageo has committed to pay to Trinity the sports usage fees for the facility for the first two years, should the GAU prove unable to do so “having made reasonable endeavours to secure income”.

An email from GAU Honorary Secretary Noel Kennedy to O’Higgins, dated July 24th, 2017, states: “While we accept the fact that Diageo has agreed to act as guarantor for us over the next two years and acknowledge it’s [sic] past support it is becoming apparent that Trinity will not be encouraging our efforts to survive much beyond that.”

A row over the bowling green in the facility has become a key point of contention in the negotiations over sports usage fees. Trinity, which Tyrell believes was initially planning on scrapping the bowling green before realising its financial potential, is demanding that the GAU pay for an hourly rate for the entire bowling green. Bowling matches are played in rinks, of which there are several in a green. The GAU is unhappy at being asked to pay for entire greens, with the overall annual charge amounting to €82,840.

The GAU proposed to Trinity an arrangement whereby it would retain the management of the bowling green for 12 months and then discuss the issue with Trinity at the end of the year. It also suggested a compromise, where the GAU would “use and pay for individual rinks as opposed to entire greens”.

In early September, O’Higgins described a “very constructive” meeting between himself, Trinity and the GAU, according to correspondence obtained by The University Times.

At the meeting, Kevin Moloney, Trinity’s Outdoor Sports Facilities Manager, promised to put forward to Trinity the first proposal. This was not accepted by Trinity, however.

Matthew Dossett, Trinity’s Deputy Head of Sport and Recreation, is quoted in correspondence between O’Higgins and Tyrell as advising that the “potential cost efficiency that could be made if this arrangement was in place would be very minimal, and therefore not likely to impact on the current annual fee which is based on the hours provided by the GAU as part of the purchase process”.

Ní Lochlainn stated: “As part of the transaction Trinity will own and operate all sports facilities.”

In his email to O’Higgins, Kennedy makes clear the frustration of the GAU at being labelled “unreasonable” for its “commonsense [sic] proposal” with regards to the bowling green.

But Tyrell stated that the GAU still intends to “argue the toss” with Trinity over the cost of the bowling green.

Trinity has also levelled out-of-hours fees on the GAU. In correspondence with the GAU, seen by The University Times, Dosset said that requests for use of the facilities outside these hours “will be subject to an additional service fee”. Tyrell said he only intends to be pay the regular fee.

The GAU was informed some time ago by the Leinster League that the hockey pitch at Iveagh Grounds was in a “degraded state” and “unplayable”. Nevertheless, Guinness Hockey Club currently use it for training and Division Four games. Trinity has committed to putting in place remedial measures to bring the pitch to a playable state, primarily for training. However, neither the GAU nor Guinness Hockey Club has been given a timeline for these works. The club is unsure as to whether it will need to hire out another pitch during the works.

Trinity is considering converting some or all of the pitches at the grounds into all-weather surfaces, but has not so far divulged its specific plans for the facility. This has meant that the GAU is unable to put plans in place for the upkeep of the grounds in the future. Ní Lochlainn said that “development plans for the new sports facility will be put in place post-acquisition”.

As part of the deal, the GAU is being asked to move its operations upstairs from the ground floor to the first floor of the clubhouse. Diageo is contributing €25,000 towards the cost of this, but Tyrell said the actual cost of the move is “significantly more”. The GAU will have to cover the rest of the costs itself.

The GAU has frequently argued that its difficulties with Trinity have been exacerbated by Trinity’s reluctance to deal directly with the body. Tyrell told The University Times that he has only met representatives from Trinity on a handful of occasions. Tyrell believes that the presence of an intermediary has necessarily slowed the pace of negotiations, something which has been a source of great frustration to the GAU. “Nobody from Trinity is interested in my problems”, said Tyrell.