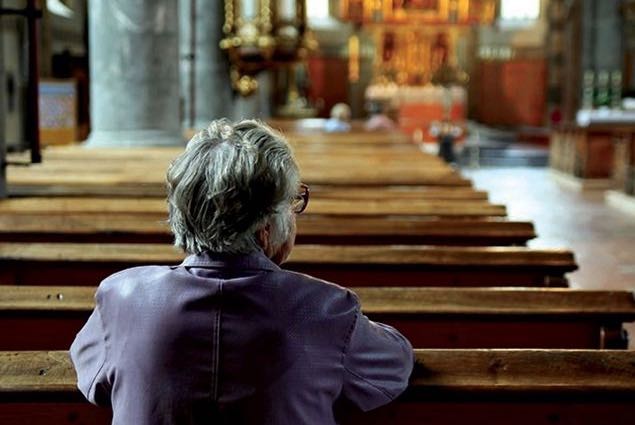 Trinity researchers have found that elderly people who attend religious services regularly have better mental health than those who do not.

The Irish Longitudinal Study on Ageing (TILDA) found that there is a “complex” relationship between faith and mental wellbeing.

In a survey of over 6,000 adults aged 50 and older, researchers found that those with higher attendance for religious services had lower depressive symptoms than those who did not. The majority of participants did attend religious services regularly.

Participants who said that they valued their religion but did not attend such services frequently also showed poor mental health.

The study noted the social aspect of religious attendance, showing that those who attend mass or other religious services regularly were more likely to have a large social network, which in turn has a positive effect on mental wellbeing.

In a press statement, TILDA researcher Joanna Orr, the project’s lead author, said: “Considering the decline in religious participation, belief and practice in Ireland, it is important to assess how this may affect those who are religious.”

Orr continued: “Maintenance of religious practice for those who are religious, as well as the maintenance and bolstering of social networks and social participation for all in this age group emerge as important.”

Prof Rose Anne Kenny, the principal investigator of TILDA, added: “The importance of continued social engagement and social participation as we age is well established and has been associated with improved health and wellbeing and lower mortality.”

“If religious attendance facilitates older people to maintain a larger social circle with continued social engagement, alternative ways to socialise will be necessary as we develop into a more secular society”, she said.

TILDA aims to examine the lives of older people in Ireland with a view to creating governmental policies to help them age well. Researchers periodically survey participants on matters such as health, social participation and housing.

Earlier this month, TILDA researchers found that older adults who can drive reported lower levels of depressive symptoms than those who could not. Like the social aspect of attending religious services, the ability to drive allows greater social participation among retirees.