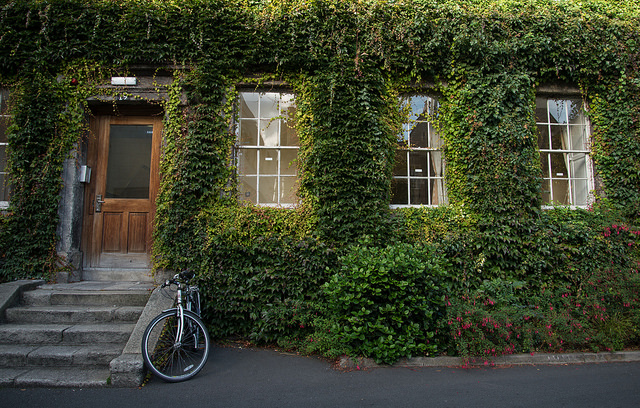 The pandemic means that now, more than ever, nothing is being taken for granted. From healthcare to economics, social distancing to social justice, it seems that the list of topics up for debate has rarely been longer. And with a new government newly instated, this is likely to be amplified again in the coming months.

Trinity shouldn’t escape this scrutiny – specifically, for the purposes of this article, when it comes to its methodology for allocating campus accommodation.

Generally, the application process has been built around “contribution to college life” – besides the brief and controversial implementation of a random number generator in 2018. This was quickly scrapped after widespread outrage, and emphasis on college extracurriculars was reinstated.

Given the vagueness regarding the selection process on College’s website, it seems that accommodation could be allocated to you if you frequently engage in debates, score lots of goals in hockey matches or have a large – well, for Trinity – Twitter following. Admittedly, some students take part in these activities with the goal of promised final-year accommodation in their mind’s eye. But the fact that these pursuits seem to take precedence over actual need for accommodation doesn’t sit particularly well with me.

It seems that accommodation could be allocated to you if you frequently engage in debates, score lots of goals in hockey or have a large – well, for Trinity – Twitter following

Of course, the issue of assigning accommodation based on arbitrary accomplishment instead of geographical need is hardly a new one. However, it was thrown into the spotlight in recent weeks in a very public row between College and Scholars. Ultimately, the dispute – over the right of Dublin-based Scholars to accommodation – turned out to be much ado about nothing, when after backlash Trinity clarified that it was merely asking Dublin Scholars to forfeit their accommodation, not telling them they couldn’t have it.

But the episode brought into stark relief a broader issue: the way Trinity thinks about its accommodation, and about who should get to live in it. The Irish housing crisis, and the extortionate costs of student housing, cause a huge amount of stress for students every year. From finding accommodation to figuring out how to deal with the cost, students in Dublin are forced to go through a rigmarole every year.

Additionally, the increased financial pressures for students, as numerous businesses and part-time jobs look set to disappear ahead of the huge predicted economic recession, makes even harder the search for affordable student housing in Dublin. Although Trinity’s on-campus accommodation definitely can’t be classed as conventionally affordable, for some it is manageable, and takes the added stress out of combing through listings looking for somewhere suitable.

Trinity’s accommodation drama is closer to a weekly soap opera than anything else at this stage, and while I genuinely do have sympathy for all the big and important decisions Trinity’s staff are being forced to make in these unprecedented times, I can’t help feeling like they are getting it wrong.

A system that hypothetically prioritises a student who can commute half an hour over a student from the west of Kerry is categorically unfair and unfit for purpose.

Trinity students are in Dublin and forced to deal with the Dublin housing crisis precisely because they attend college there. When that college is refusing to take that into account when allocating limited resources, you have to wonder about its priorities.

Something as basic and significant as housing should surely not be judged by merit, but by necessity.

Excelling in anything is impressive, and Trinity’s extra-curricular culture is undoubtedly one of the best things about it. Trinity is lucky to have such a wide range of active and vibrant societies that students are willing to spend countless hours involved in. But it’s naive to think that prioritising a nebulous idea of “merit” over genuine need is the best way to run your accommodation.