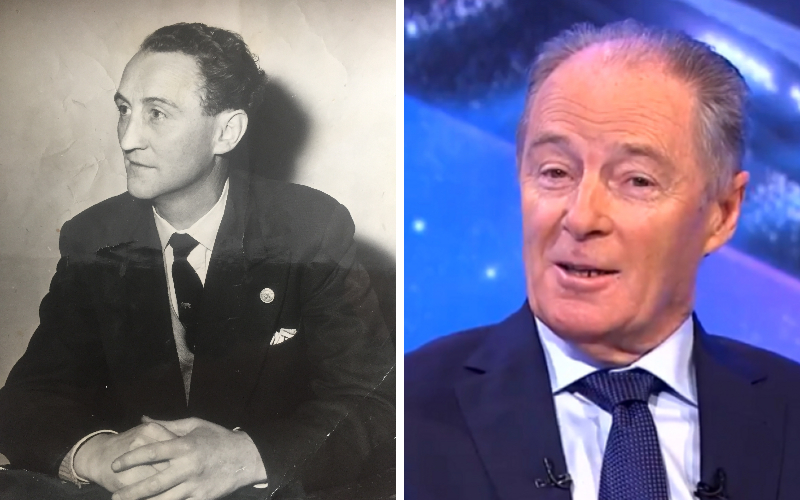 Early on in his coaching career, Brian Kerr was approached by Sean Barrett, then-president of Dublin University Association Football Club (DUAFC). Barrett wanted Kerr to coach at the football club in Trinity. By this stage, Liam Tuohy – a close friend and colleague of Kerr’s – had parted ways with the university side.

“It never happened”, Kerr recalls, “but I did always have a little feeling for it. You know, that I’d like to do it”.

“It just didn’t suit, but I had a feeling that I’d love to do it. I’d love to bring back the family connection with it.”

Kerr would go on to build a decorated CV – including a stint in the top job in Irish football, after he managed the men’s international football team from 2003 to 2005.

But Kerr’s family connection to sport in Trinity is not a footballing one.

As a child, Kerr remembers walking through campus towards Lincoln Place, where the college’s old boxing gym was located. It was here that Brian’s father, Frank Kerr, spent over 20 years as a coach with Dublin University Boxing Club (DUBC).

The nights with Trinity, where they had a boxer box, they were a bit more special, because he was involved

Frank turned DUBC into a boxing powerhouse: Trinity came to be recognised as the premier intervarsity boxing club in Ireland and the UK during his time there. DUBC triumphed in the now-defunct Harry Preston Trophy on numerous occasions under his guidance.

Though Frank often travelled overseas with DUBC, some of Brian Kerr’s strongest memories of his father are of Friday nights spent watching bouts in the National Boxing Stadium – not far from his childhood home in Drimnagh.

“A lot of clubs used to run events on a Friday night”, he tells me. “They’d have a show where one club would box the other club, but they’d have invited boxers – well-known boxers – from other clubs to pack up the show a bit and bring in the crowd.”

Sometimes, boxers representing the College would take to the ring, giving Kerr a chance to see his father in action: “The nights with Trinity, where they had a boxer box, they were a bit more special, because he was involved.”

“He would leave me with somebody, with one of his other boxers or friends. Sitting on the cords, and then he would go to the dressing room and work.” 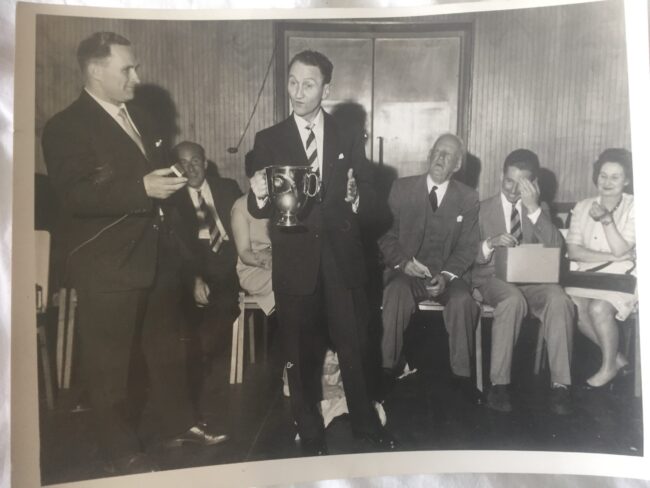 During Frank Kerr’s time in Trinity, DUBC came to be recognised as the premier intervarsity boxing club in Ireland and the UK.
Photo courtesy of Brian Kerr

“Sometimes I was in the dressing room, which would be extraordinary to see what went on there”, he adds.

Frank’s day job was in Premier Tailors on O’Connell St. Often, he wouldn’t have time to change out of his clothes before evening sessions spent in the ring. Brian’s abiding memory of his father was seeing him instruct and guide in a shirt and tie. He was always “immaculately dressed”.

“Now, when I see the guys [in the ring] in the tracksuits, in the corner, I just think: ‘Jesus, in Da’s time, that wouldn’t have happened.’ He was very fussy about that type of thing.”

Kerr tells me that the emphasis he placed on appearance and attire probably stemmed from his youth, much of which was spent in army barracks across the globe. Frank’s father was an officer in the Royal Ulster Rifles, a regiment of the British Army. Frank first began to box while travelling with his father.

Frank went on to have a distinguished boxing career. By the time he was 21 years old, he had claimed five national senior boxing titles. In 1937, Frank lost a European Championship bout, in controversial circumstances, to Olympic gold medalist Ulderico Sergo. Despite the set-back, he was recognised as the tournament’s “most scientific boxer”.

Frank turned to cultivating boxing talent at DUBC after hanging up his gloves in 1938. He oversaw the formative development of several outstanding boxers during his Trinity years.

We’d often have people – some of the students and former students, graduates – staying in the house … they were brilliant characters

John Coker boxed for Frank on his arrival to Trinity, before going on to represent Sierra Leone at the 1968 Olympic Games in Mexico City. Kerr has distinct memories of seeing Coker having his hands wrapped before a Friday night bout. Several years later, he was his country’s flagbearer on the world stage.

Although Frank was known for his sophisticated coaching style, DUBC’s success wasn’t strictly tied to the technical routines rehearsed in the Lincoln Place gym. Kerr remembers one of his father’s more unconventional coaching practices, central to the club’s 1953 triumph in the Harry Preston Trophy – allegedly.

“Legend had it that he told the team if they won the trophy, he’d put their names in the hat to name me.”

Brian ‘Spud’ Murphy was part of the winning Trinity team. Shortly after giving birth to a new son, Margaret Kerr was promptly informed that he should be named Brian.

Kerr got to know his namesake as he got older: “[Murphy] used to rent a house in Killiney, and we used to go and visit him. He was very generous – I think he was rather proud that I was named after him.”

“I don’t know if that’s a true story, but that’s the story I was told as I grew up”, Kerr laughs. 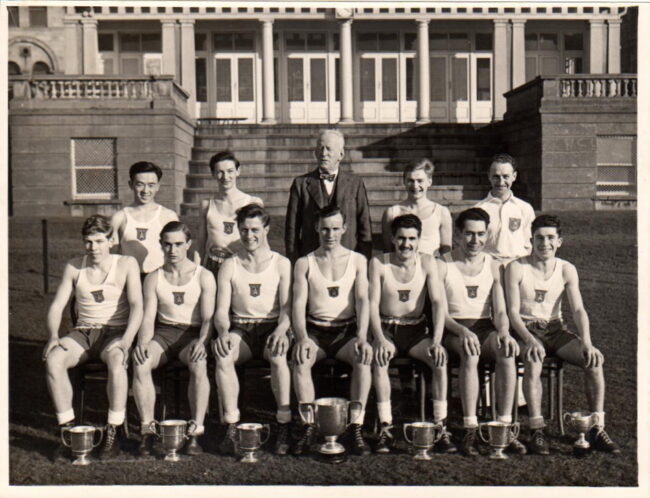 “At that time, my imagination is that the club was probably at the centre of sporting life, and sporting life within Trinity.”
Photo courtesy of Brian Kerr

True or not, it’s perhaps fitting that Frank named his son in reference to the boxing club in Trinity. For him, DUBC meant much more than just boxing.

Often, a late-night session in the gym was followed by a couple drinks in the Lincoln Inn. On occasion, Kerr remembers waking up to find the remnants of a party from the night before – Frank would regularly invite his boxers back to Drimnagh to continue festivities.

“We’d often have people – some of the students and former students, graduates – staying in the house … they were brilliant characters”, Kerr recalls.

Kerr was only 14 years old when his father died in 1968. And yet, between his own childhood memories and the many stories recounted to him, Kerr paints a colourful depiction of his father. It’s testament to the impact that he had in Trinity, Dublin and beyond.