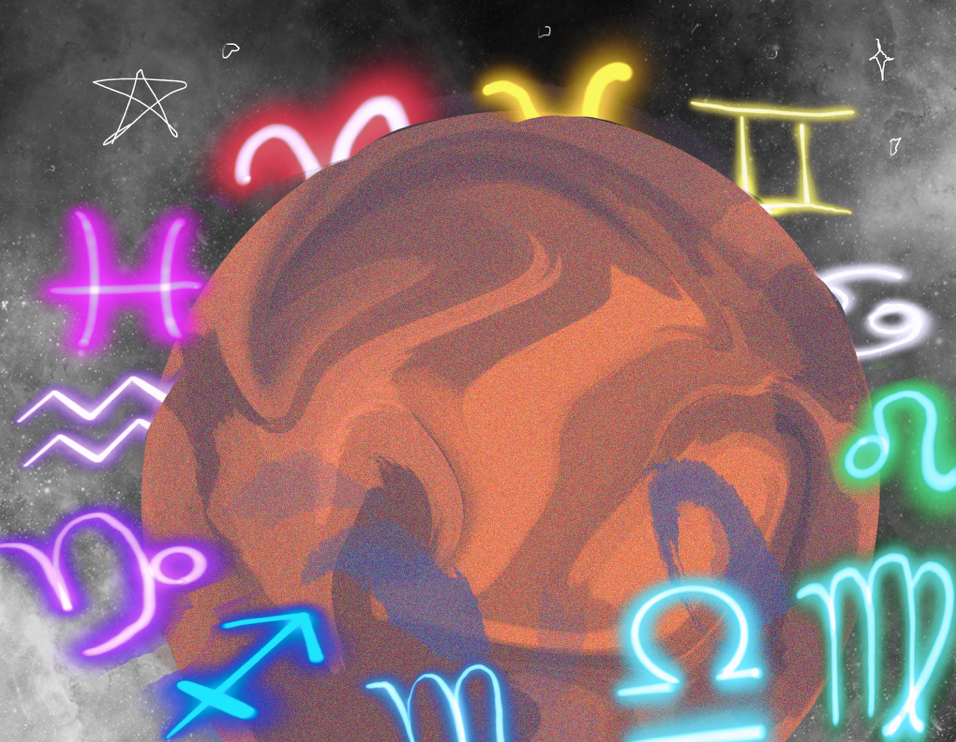 With every election season comes new and old traditions.

From that vintage promise to fresher students that – if elected – this candidate will truly go above and beyond to make that annual trip out to Halls, to the record-breaking lack of qualifications candidates think they need to be Trinity College Dublin Students’ Union (TCDSU) president, elections never fail to remind us why we would rather lick the floor of a Trinity Ball portaloo than run for a sabbatical officer position.

But the candidates are not alone when it comes to the retold folklore of the sabbatical officer elections. In fact, with every election season here at The University Times has come our own well-treasured set of rituals. Well-scoured are our withered thesauruses for various synonyms for “cringe-worthy”, slowly-dwindling are our interpersonal relationships with candidates following each hustings analysis, and ever-weary are our friends and family as we fight to justify that “actually student’s union elections are like, a massive deal for everyone in the college, not just us.”

And so, like the lines in our foreheads and the slowly dying light in the candidates’ eyes, The University Times has decided to make an astrological analysis of each of the sabbatical election candidates a staple of this election period. If you still remain undecided as voting draws to a close, it’s time to disregard anything else you may think about the candidates. Let promises of hybrid-learning or a reopening of the Pav fly away, and welcome in the only source of information you truly need to know about this year’s sabbatical elections – are they a fire, earth, air or water sign?

We here at The University Times believe in reliable news and fact-checking, in extensive research and airtight proof. So based entirely on the one article we have read on the topic, Aquarians are a revolutionary bunch. Known for their original way of thinking, the humble Aquarian seeks to act solely for the greater good of society – traits that most presidential candidates traditionally sacrifice at least two live animals to possess. While our research shows that Aquarians run from emotional expression, these reporters are unable to confirm whether this aspect of Cummins’ personality is due to the stars or his Roscommon roots.

Aquarians are apparently natural-born leaders, and as a candidate who hopes to carry on the symbolic torch of the revered and feared JCR President to TCDSU’s presidential role – a trajectory so frightening it is topped only by television stars running for higher office – what more could this Gaeilge-speaking, accommodation-providing, prepping-for-this-literally-since-birth candidate ask for?

When it comes to a Taurus, you need not fret. Ever-reliable and ever-stable are they, and with a candidate that has a repertoire of union knowledge like Keogh, this candidate is Taurus through and through.

Like anyone who decides to suckle on the tender bosom of TCDSU for yet another year, these April and May babies are known for their devoted and stubborn nature. Tauruses, apparently, dislike sudden change, complications and, most relevantly for the role at hand, synthetic fabrics.

Is TCDSU really ready for a President who shies away from polyester? Does Keogh have an undercover agenda here, her true intentions being to ensure no student should ever again have to come across any fabric other than the highest-quality organic cotton? It’s impossible to say.

If a second year as a TCDSU sabbatical officer seems unfathomable for most, perhaps the stars can explain it a bit more for us: Tauruses are the most emotionally strong of all star signs. And with the sabbatical role full of long hours and constant scrutiny from the much-loved student media, it doesn’t seem like any other sign could handle a back-to-back run.

Krug is a Cancer – who are known for the exact sort of wishy-washy, feel-good, crying-at-the-drop-of-a-hat-because-they’re-just-such-an-empath traits that the TCDSU welfare race is never lacking.

Conveniently, Cancers like helping people, although it’s definitely noteworthy that our research did not show that Cancers are more likely to repeat themselves: Krug’s constant mention of his “What Do I Do Now?” documents must, bizarrely, not be able to be explained by his star sign.

Yet luckily for this hopeful Cancer, the stars may have aligned themselves just right as this candidate has an ingrained mastery of his own imagination. With the undue stress faced by welfare officers of past and present in trying to come up with new ways to talk about sexual activity with this repressed nation, we say harness that “highly imaginative” Cancer trait and commit to stamping out Catholic guilt from Trinity’s campus.

When it comes to a Leo, you can bet they’ll find facing reality a bit difficult. For a candidate like Moreau who so famously hopes to hold Trinity to account, she’s shaping up to be a cookie-cutter example of the perfect Leo.

As a Leo, Moreau is destined to slip into a leadership position with ease. With this built-in attribute and bank of experience, if elected, the candidate should breeze through her time in the role.

Even still, watch out for the well-loved Leos attraction to the spotlight. If Moreau’s sudden affinity for TikTok making is anything to go by, hopeful The University Times journalists may find themselves battling it out for so much as a byline with this Leo in charge.

Like any good Leo too, Moreau is self-confident and unapologetic – the perfect trait for any hopeful Editor given our history of oopsie-daisy moments. We’re only human, dear readers – sometimes we don’t reply to an email or two and sometimes we manage to rile up every moustache growing member of the student body.

As the old adage goes, only three things in this life are certain: death, taxes and the fact that Daniel O’Reilly will claim to not know his star sign – even though it is 2021 and literally everyone knows their star sign. Even if this were true (our journalistic instincts don’t buy it for a second), surely O’Reilly could have googled his own birthday and found it out? He didn’t, so we can only assume that this was a political statement.

To that we say: cool man, but how do you explain Google telling us that Virgos are analytical and practical and all work and no play? Although I suppose it also gave us some dubious characteristics: with two Virgos running for sabbatical positions, we find it hard to believe Google when we are told that Virgos dislike taking centre stage.

MacQuillan is the other candidate of the Virgo persuasion. Virgos are creative, a characteristic certainly displayed by MacQuillan throughout the campaign, not least in his assertion that he was a “shoulder to talk to” in what is surely a contender for the quote of this year’s elections.

With reliability and logic being key to a Virgo’s personality, we must ascertain that MacQuillan certainly has these in buckets: reliably agreeing that every student issue presented to him in hustings is indeed a big problem but proving a bit light on solutions. And with astrology.com’s Free Daily Horoscopes telling us that today, the night of TCDSU election results, will bring all Virgos “completion and closure”, it’s certainly hard to doubt the authenticity of what the stars are saying about these candidates.

Look, we only said we’d do this article for a bit of fun. The days are long, the nights are longer and anything that could distract us for even a minute from thoughts of the abyss is not only welcome but almost essential at this stage. God we are lonely. Honestly, we don’t even believe in astrology. Or at least, we didn’t until we found out that ents candidate Greg Arrowsmith was a Libra – the most social of star signs.

Arrowsmith couldn’t have done any better on this. He is running for the Ents race, ladies and gentlemen, and let’s not forget that for a second. Rumour has it he was working for this before he was even born – planning his big entry to the social sphere thanks to this innate love and unquenchable passion for the Pavilion Bar.

Above all however, our dear Libras are about keeping the peace. And as a candidate who may potentially spend the next year taming the Trinity masses on their first nights-out following the coronavirus, we raise our hats and white flags to you, dear Greg.

Listen, we get it, star signs aren’t for everyone. Like knowledge of union policies or concrete experience, not every candidate needs to fit the same mould when it comes to what exactly would make an ideal sabbatical officer.

Even still, the irony was not lost when candidate Peter Caddle refused to reply to our multiple pressing messages in regards to his star sign. But hey – journalists are we and journalism we set out to do, so buckle in reader, because we’ve been waiting for this moment.

While comparing Bev Genockey and Peter Caddle in any sense other than their star signs would probably offend them both greatly, we still have the indestructible bond of astrology to bind these two together for life.

With unwavering optimism, Sagittarians make ideal candidates to run for a position on TCDSU. And with every Zoom-related qualm or 19th Trinity Ball of the year – if Genockey soars to such heights as the House Six offices – she will be glad this destiny was written into the stars for her.

Overall, these Saggitarians are known for their idealistic nature, often promising more than they can deliver. While we can’t say either way if these candidates will live up to every promise of this campaign period should they be elected, Caddle may well struggle to wrestle the beloved print paper from the newspaper’s writers’ hands.

Astrology.com really has these Capricornian women covered. Advising that Capricorns need a mental rest today, the candidates will surely agree after an exhausting campaign period.

However, the stars decree that these candidates should not be too complacent. Later tonight, “the moon’s square to Mars can stir up tensions on the job front”. Although we admit to understanding only about three words in that sentence, we do know a lot here about tensions, although we are less certain on whether a TCDSU sabbatical position truly constitutes a job.

Capricorns are supposed to be good managers and Aoife Cronin certainly managed to disappear all other potential Communications and Marketing candidates. After all the work that took, this has mostly been a walk in the park for her and certainly portrayed that ambitious streak that Capricorns are so well known for.

Capricorns are also big on detail and apparently do well in jobs where they can see long projects through to the end, meaning that the ents role will certainly suit Antonia Brady to a tee as she plans for Trinity Ball to finally return in 2035, right in time for Ireland to just about finish the vaccine rollout.

As for Sierra Mueller-Owens, a Capricorn’s weakness lies in always expecting the worst, but when dealing with the welfare of thousands of burnt out, insomnia-ridden and, yes we will reiterate, sexually repressed students, this trait will surely ensure that Mueller-Owens is ready for anything that comes her way.