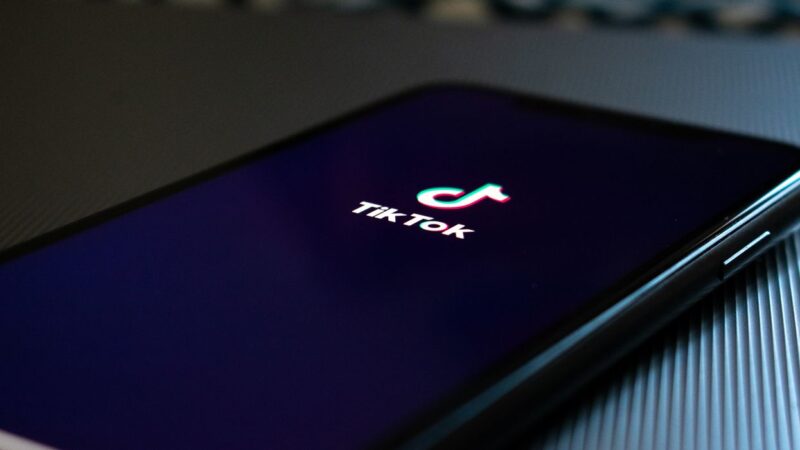 For the first time in the Trinity College Dublin Students’ Union (TCDSU) elections, TikTok is playing a major role in candidates’ campaigns, signalling not only the popularity of the app but also its ability to be used for political campaigning. Throughout the campaigning period, many candidates have put this option to the test crafting a variety of videos to inform the electorate of their various policies in a more light-hearted way.

Yet TikTok’s power to be utilized for elections didn’t magically come into fruition overnight. It has been on the backburner for quite some time. Perhaps the best-known example of this was when K-Pop fans and TikTokers co-ordinated together to leave thousands of seats empty at a Trump rally in Tulsa, Oklahoma. Suddenly TikTok became a name associated with the 2020 election.

So what makes TikTok a useful platform for political messages to spread among young people?

Dr Neta Kligler-Vilenchik, professor of communication at the Hebrew University of Jerusalem, tells me that the app “can enable some political messages to spread quite effectively if it’s ‘packaged’ in a way that resonates with the ‘language of the platform’”.

Alongside Dr Ioana Literat from Teachers College, Columbia University, Kligler-Vilenchik has studied political expression on the app since the days it was known as musical.ly in 2016. As an expert on the topic, she details how TikTok allows young people to “connect to politics through their preferred modes of expression and to speak to their peers in a way that resonates for them, even if this mode of political expression seems odd, silly, or superficial to adults.”

It is this spreading of ideas and discussion hauled together with memes and Doja Cat’s “Say So” playing in the background that makes the platform uniquely youth-led, something that disappeared from Facebook and Twitter many years ago.

Kligler-Vilenchik captures this Gen Z experience perfectly as she describes how “young people are often interested in politics, but they engage with it in ways that differ from older adults’ expectations”.

Dr Laurie Rice, professor of political science at Southern Illinois University, Edwardsville, points out how the political discourse on TikTok has “opened up a new venue for expression that’s relevant to young people”. While questions remain about the impact that TikTok can have on increasing voter turnout in elections, Rice describes that “when young people engage in political expression via TikTok it increases feelings of efficacy, that my voice matters. People who have that sense […] then become more likely to engage in traditional forms of political participation as well”.

By running such vast online campaigns this year, TCDSU election candidates will no doubt be well versed in engaging with the electorate online through a variety of platforms. Rice highlights how the platform that holds the most political focus for young people often varies from election to election. “Young people tend to be early adopters of new social media […] whichever app that young adults focus on that election tends to help increase civic engagements levels.”

Yet online political discourse has a reputation for being angry, bitter and even threatening in some cases. With scenes of far-right protesters on Grafton St demonstrated how the horrific polarization and vitriol online has bubbled over onto our streets.

This polarization and spreading of extreme views have its roots in the machine learning algorithms used by social media companies which provide users with content that is tailored to their interests. While this may sound useful as users are shown content that they care about, it can, unfortunately, run the risk of creating an echo chamber of content that only reinforces a users political views.

In her work Kligler-Vilenchik has examined TikTok’s role in this. “We find that TikTok does enable some dialogue across young people with different views (in our case, pro- or against Trump), but this conversation is often not very in-depth, and mostly focuses on deriding the other side.”

When young people engage in political expression via TikTok it increases feelings of efficacy, that my voice matters

Indeed TikTok isn’t solely a home of left-wing content there are a large variety of successful conservative content creators using the platform with the “Republican Hype House” boasting 1.1 million followers. TikTok enables these like-minded young people to connect easily using hashtags such as #makeamericagreatagain or #notmypresident. Yet once users engage with one political ideology on TikTok, the level of discourse a user has with those who hold other political views is only surface level.

While describing her findings, Kligler-Vilenchik points out that it’s not only social media companies and their algorithms to blame. There has also been a culture of polarization fostered within our political discourse. “When our politicians are busy demonising the other side, creating an environment where people who disagree politically feel like they have nothing in common with each other or that those holding different political views are the ‘enemy,’ this is a significant cause for increasing political polarization, that cannot be fixed just by tweaking social media algorithms.”

Rice echoes Kligler-Vilenchik statements as she tells me how this echo chamber isn’t “something that’s just limited to social media, we see it in the cable news sources of Americans. For example, people choosing to watch Fox News versus CNN”.

It’s common knowledge that TikTok’s target age range is primarily Gen Z yet this hasn’t stopped a number of politicians engaging with the platform, most notably in Europe, Italy’s former Deputy Prime Minister Matteo Salvini has amassed over 380,000 followers on the platform. However, TikTok has had it’s largest political engagement in the run-up to the US elections in November 2020 with a variety of candidates putting their TikTok-making skills to the test.

One such politician was former State Senator of Minnesota, Mark Little. Speaking to The University Times Little, who has over 130,000 followers on TikTok and has amassed over 3.8 million likes on his videos tells me of the engagement he has received from young people on the platform. “It’s definitely a great way to reach young people if you can do it effectively,” he says. “There is a ton of dialogue on my posts about political issues.”

When our politicians are busy demonising the other side, creating an environment where people who disagree politically feel like they have nothing in common with each other or that those holding different political views are the ‘enemy,’ this is a significant cause for increasing political polarization, that cannot be fixed just by tweaking social media algorithms

Indeed Little has a positive view of the space that TikTok can provide young people with to engage in political debate. “It is a more positive and productive space for dialogue now than any other social media app right now.”

It is clear that Little hopes the positive nature of these discussions will permeate into the daily lives of young people as he describes how he is hopeful that “a whole generation is learning to talk about politics without walking away from the table. This is a lost art right now.”