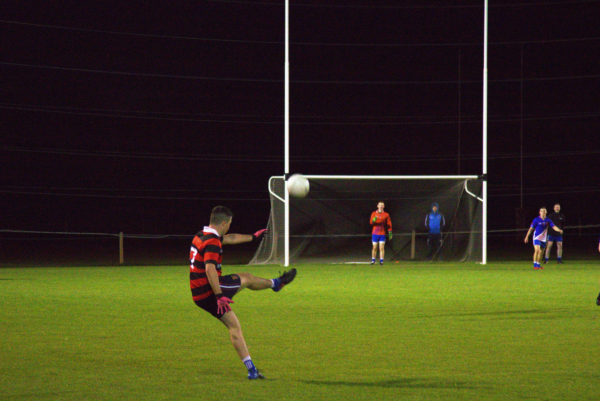 SSI has criticised the government’s exclusion of third-level students in their plans to ease restrictions on sporting activities.

SSI said that the reopening of university sporting infrastructure for “elite” athletes and those underage, while third-level students remain excluded, is “not fair and not equitable”.

The government’s current plans for the phased easing of public health restrictions for sporting activities excludes third-level students while allowing for inter-county adult GAA and high performing athletes, as approved by Sport Ireland, to return from April 19th.

From April 26th, underage-only outdoor training in pods of 15 can return and outdoor sport facilities can reopen for activities between a maximum of two households.

In a press statement, Matthew Dossett, the recently appointed president of SSI and deputy head of Sport and Recreation at Trinity, said that “the period of April and May is a peak time for high stress, anxiety, and social exclusion within the University and College environment due to end of year exams”.

“Sport and physical activity are a known support and complimentary element that combats this issue for students, particularly those who may live in student accommodation or with limited social contact”.

SSI said in a press statement that “the coming weeks will see third level students who live on campus or locally continue to be locked out of outdoor campus facilities at a time when all other full-time education is now back in the classrooms, playgrounds, and sports fields”.

SSI also pointed to the “beneficial role that outdoor social mixing has played” in reducing the number of coronavirus cases, as highlighted by public health officials.

Dossett added that “concerns have been raised by our members over the ongoing wellbeing of third level students, who despite other areas of education returning to face to face activity and organised sport and physical activity in small groups, will still be excluded from equal provision under current Government of Ireland measures due to come into effect from 26 April.”

SSI noted that while the current plans for easing restrictions on April 26th allow some individual sport facility access, non-contact outdoor group activity remains prohibited for students despite being allowed for others in an education setting and for those underage.

“Serious concern has been raised by the sector that restriction updates coming into effect on the 19th and 26th April would result in Student Sport facilities being available and prioritised to young people and elite athletes, but not to students, and that the reopening of campus facilities for non-campus communities will result in further concern and distress for students who themselves will continue not to have access.”

Dossett added that: “As it stands the local community and external users will from the 26th April have access to campus outdoor facilities.”

“The scenario may well arise that an 18-year-old leaving cert student who lives near a member college will have full access to that college’s outdoor facilities while their 19-year-old friend or sibling who is a fresher at that college is denied access to the same facilities”, he said. “We see this as being unfair and not equitable.”

“We welcome the latest comments used over the weekend that could see further restrictions lifted in late May and June, however, these will come too late to address the issue being raised by our membership”, Dossett concluded.

Meanwhile, in Trinity, no sporting activity has taken place since last October when the government revoked exemptions for teams that compete at high levels in their sport as case numbers began to rise.