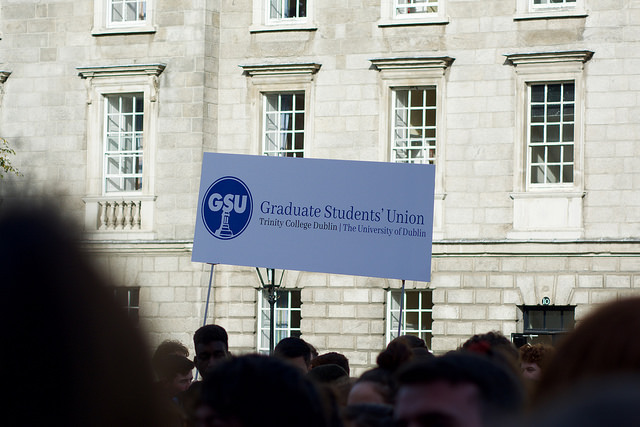 Impeachment proceedings and constitutional crises are only some of the controversies the Graduate Students’ Union (GSU) has faced this year. The incoming president and vice president will find themselves attempting to bring stability to an embattled union with the central goals of representing postgraduate students and creating a community for them.

Indeed the representation of the postgraduate voice is of paramount importance to Madhav Bhargav, the 2017/18 GSU vice president, who notes that “the GSU is there for postgraduates. It must serve its purpose in a rational and efficient manner”. He adds that “it needs to be the voice for the postgraduates”.

In order to adequately serve students, it is clear that a co-operative approach needs to be taken. Dr Gogoal Falia, the union’s vice president in 2018/19, highlights the importance of working together and advises the incoming GSU sabbatical officers that, “if your approach is unidirectional, it is not going to work”.

Bharghav echoes this, noting the significance of “having a sense of community with the College, Student Counselling Services, Health Services and TCDSU”. He details the role that these other bodies share in helping to ensure postgraduate students have representation and access to services within the College.

The GSU is there for postgraduates. It must serve its purpose in a rational and efficient manner

Falia is perhaps more blunt in his remarks as he underlines the importance of working with other capitated bodies within the College. “Do not burn bridges. Build them. Your personal fight can affect the GSU and the whole student body.”

He adds that the incoming president and vice president need to work together with the groups within Trinity.

Structured planning such as this allows for student engagement which is at the core of the GSU’s mission. “You want postgraduates to be heard”, Bharghav adds.

With a new provost arriving in No. 1 Grafton st on July 1st, Falia points out the opportunities that are available to the GSU for representing the voices of postgraduate students saying, “it is a good time for the GSU to be vocal”.

The coronavirus pandemic has undoubtedly brought fresh challenges to sabbatical officers and with Trinity’s postgraduate student population hailing from all over the world. Falia notes how the incoming GSU officers will need to support this particularly vulnerable cohort, and called on the incoming president and vice president to “raise their voices”, particularly when it comes to supporting vulnerable cohorts such as international students.

Do not burn bridges. Build them. Your personal fight can affect the GSU and the whole student body

Falia drew particular attention to the importance of the sabbats’ mental health: “Do not take mental health lightly. You can only help students if you are emotionally and mentally prepared for it.”

Shane Collins, who was GSU president for the 2017/16 and 2017/18 academic years recalls how during his term the signing of a Memorandum of Understanding allowed the GSU to build a stronger relationship with Trinity College Dublin Students’ Union (TCDSU). Collins details how “that MOU was important in the context of relationships between the respective organisations, but it was also important in the context of sorting out the funding issues … and building a good rapport across the capitative bodies”.

The memorandum was first signed in November 2016 and one of several goals it includes has been to ensure that “the two students’ unions might avoid discord, and work together to promote the interests of the students at TCD”.

The memorandum of understanding has faced sharp criticism from the current GSU President Gisele Scanlon and Vice-President Abhisweta Bhattacharjee, with the former saying at last week’s hustings: “I understand fully all representation is good representation but the MOU between the unions at the moment is unsatisfactory at the moment for our union.”

The memorandum ran out in November 2019, and since then it has been left dormant.

It is clear that there are differing views between past GSU sabbatical officers and the current leadership. Collins is strongly in favour, saying that “having an MOU doesn’t in any way diminish the independence of the organisation and it clarifies areas where you can work, mutually towards the benefit of all students”. He added that “a piece of paper with solid principles makes everyone’s life a hell of a lot easier”.

“We had people who came to Trinity from all around the world, and some places where the LGBTQ+ community are currently are criminalised, and this was the first time that people were able to actually come out and be themselves”, he says.

“Giving people a place where they can be themselves” is key to the GSU’s role, he says.

Falia also highlights the value of bringing postgraduate students together through events whether online or in person. Holding weekly coffee mornings and student support meetings provides the GSU with an opportunity to engage with students. Falia emphasises the significance of “bringing together different student groups, different cohorts, across schools together in a platform where they will feel they have the support that they need.”

Collins details the fundamental principle behind the role of a sabbatical officer: “You have got to make sure that whoever comes in after you is in a much better position than you were when you started. I guess it’s probably the mantra that everyone who goes into a student union officer position should live up to.”