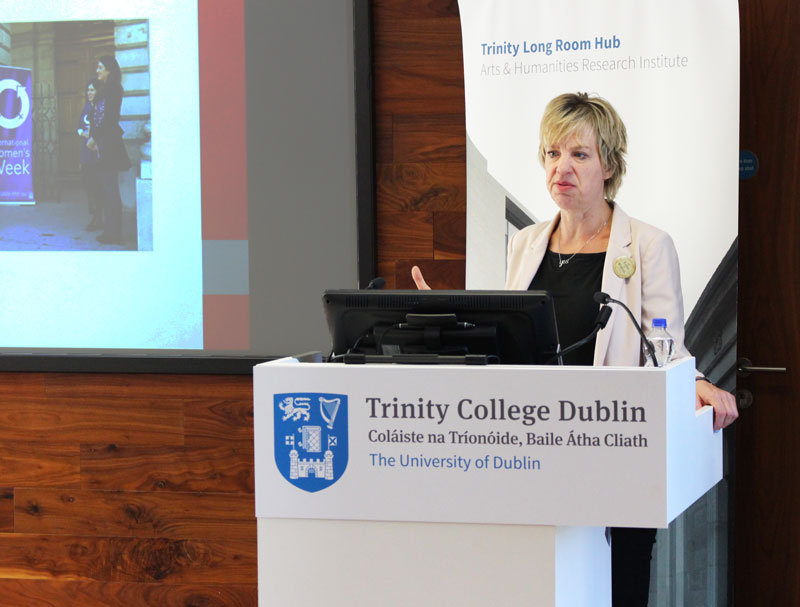 For most of us, the Euros or Love Island represent the bastion of not-so-friendly competition this summer. But for those with a penchant for politics, the Dublin Bay South bye-election was the pinnacle of a nail-biting race to victory.

The first electoral test of the current Government – and the election to feature in-person voting since the coronavirus pandemic began – has come to a close following a campaign subject to intense media scrutiny and even more intense electoral predictions.

Bacik – a Senator on the Trinity panel since 2007 – was elected on the ninth count with 13,382 votes, while Fine Gael candidate James Geoghegan came second with 9,235 votes.

While of course Labour would have to some extent a core vote in the constituency, the results do not match national polls where Labour have been polling as low as three per cent

Over the next number of days there will be a plethora of opinions on what the result means in the wider political context – with Leo Varadkar and Michéal Martin both facing serious questions as to their performances in this bye-election.

The constituency is one of the most socially liberal in Ireland, meaning that Bacik – who has been at the forefront of the fight for social liberalisation in Ireland for decades – went into the race with a large profile and a reputation for championing causes such as women’s rights, reproductive rights and LGBTQ+ rights. Her commitment to these causes goes back to her formative years – as president of Trinity College Dublin Students’ Union (TCDSU) in 1989, she was taken to court for providing students with information on abortion.

Bacik’s record as a senator on the Trinity panel also spoke volumes on the campaign trail, with legislation on issues – many of which she has been campaigning on since her days in TCDSU – such as the gender pay gap, reproductive health leave and citizenship rights for people born in Ireland to parents who are not Irish citizens, featuring strongly in her campaign.

While of course Labour would have to some extent a core vote in the constituency, the results do not match national polls where Labour have been polling as low as three per cent. Bacik’s rapid selection and unanimous support from her party demonstrates clearly her appeal beyond the narrower base of traditional Labour supporters. Her long history of activism, her work in areas such as reproductive rights and equality and her personal connection to the constituency – she lives in Portobello – made her an ideal candidate for the bye-election.

It is important to note, however, that Dublin Bay South is not a typical constituency, and Bacik is far from the normal party standard bearer sent out to fight an unexpected bye-election.

Looking to how Dublin Bay South voted in 2020, it is clear that while trends in electoral behaviour – with Eamon Ryan topping the poll as part of the “Green Wave” and Sinn Feín securing a seat in a normally difficult constituency – did align somewhat with the rest of the country, there was a number of significant differences.

While Sinn Feín TD Chris Andrews did receive the second highest number of first preference votes, his vote was nothing like what was seen in constituencies with a similarly sized electorate such as Dublin South Central or Dublin Mid West, where Sinn Feín candidates gathered well in excess of the quota on the first count.

This constituency is a stronghold for Fine Gael – with its previous iteration (Dublin South East) electing former Taoiseach Garret FitzGerald.

However, it is not solely populated with affluent residents, something that Bacik’s campaign team were eager to point out. Many Dublin Bay South voters are renters and many are young. There are a high number of voters in the constituency who represent the rule and not the exception – they’re priced out of home ownership and have not experienced the roaring “recovery” that Fine Gael were talking about for several years before the pandemic struck.

Leaving aside the internal party dynamics of Fine Gael (most notoriously, the decision of Kate O’Connell not to seek the party nomination) which will feature largely in post-election analysis, the choice of Geoghegan was clearly at odds with a constituency that is incredibly liberal on social issues – with over 78 per cent of voters voting to repeal the eighth amendment in 2018 – while Geoghegan himself was formerly a Renua Ireland member. Bacik and Geoghegan are both lawyers, but Bacik’s values have remained largely the same since she was a student activist. Everyone knows what she stands for. Geoghegan, on the other hand, was at pains to brandish his pro-choice persuasion despite Renua being founded on the back of Fine Gael’s move towards campaigning to repeal the eighth.

His choice to campaign on the issue of housing and promises to be a voice for the locked-out generation in government seemed somewhat hollow – and somewhat ironic – given the fact that he was seeking to replace the minister who led and implemented policies which adversely affected people’s ability to rent or buy homes. Indeed, the juxtaposition between Geoghegan and O’Connell is stark, given O’Connell’s vocal and consistent support for reproductive rights versus Geoghegan having to publicly declare that he had, in fact, voted to repeal the eighth amendment may suggest that O’Connell’s voters had to search elsewhere for a candidate more in line with their values.

Bacik and Geoghegan are both lawyers, but Bacik’s values have remained largely the same since she was a student activist. Everyone knows what she stands for

However, to focus the entire spotlight of the election on Geoghegan’s shortcomings would be unfair to Bacik, who was the first candidate to announce and who has spent the last number of months pounding the pavements and presenting her policies on key issues in the constituency such as childcare, transport and housing, all the while other parties were still organising selection conventions.

Ultimately, Bacik’s long-standing commitment to progressive causes, her lawyerly poise and eloquence and the tone of her campaign broadly aligned with the constituency at large. Her road to the Dáil was a long one, starting in the hallowed halls of TCDSU.