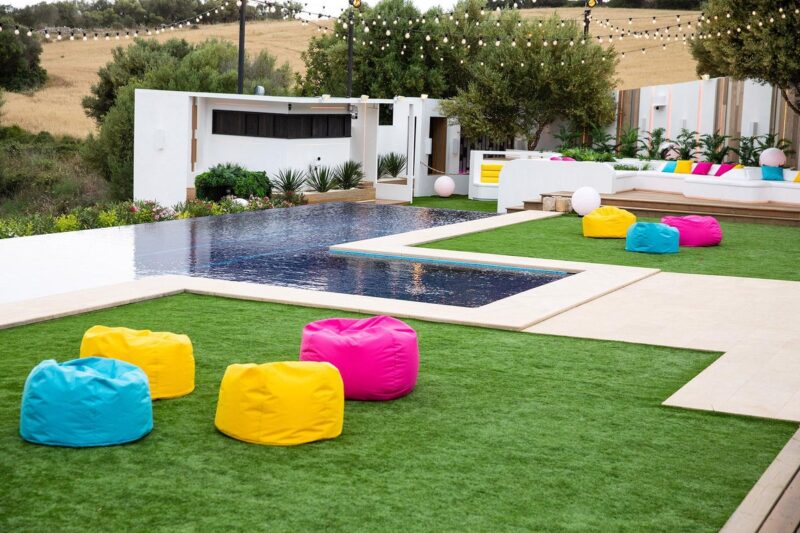 I imagine my fellow Love Island viewers have, like me, have felt the silent scorn that sometimes infiltrates the air when we admit to our fondness of the show.

With any reality TV, there is a subset of people who place it in the category of “trashy”, dismissing it as an inferior genre of television. I have often found myself following an admittance of my liking towards the programme with an excuse of some sort – “the brain-dead content is all I can handle right now!” or “it’s gas how silly it all is!”.

I now happily refute all such remarks and dismiss the idea that one is granted a level of superiority by not watching reality television. However, leaving the great debate of the merits of reality television against its folly aside, I find it hard not to ask: why Love Island?

Among the expansive genre of reality television, Love Island has attained a colossal and dedicated viewership. For the weeks that the sun-splashed show graces our television screens, an immense presence of memes and speculatory conversation floats around Twitter and Instagram.

I have often found myself following an admittance of my liking towards the programme with an excuse of some sort – “the brain-dead content is all I can handle right now!”

Whether you’re a Love Island fanatic or not, the popularity of the show among young people is palpable. Apart from being the simplest thing to help wind down after a long day, I believe there is a deeper connection drawing us into this hour-long realm of romantics each night – a reflection of ourselves.

Imagine the Love Island villa as if the contestants were plucked from our very own Trinity campus, from the funkily dressed characters of the Arts Block to the snazzy and polished frequenters of the Trinity Business School. Replace the British accents with an eclectic mix of Dublin slang, dialects from the island’s further corners and a wide sprinkling of international twangs. The contestants of the ITV show form small cliques who gather on sun loungers to engage in thorough discussion of who likes whom and scrutinise the qualities of their peers – not a million miles away from a scenario easily found at a pre-drinks or in Costa Del Dicey’s.

Groups of two or three form in the not-so-tropical surroundings of a Dublin city smoking area: I really fancy so-and-so but he goes to UCD – I can’t believe I shifted an engineering student. I like them but I don’t like like-like them.

Imagine the Love Island villa as if the contestants were plucked from our very own Trinity campus, from the funkily dressed characters of the Arts Block to the snazzy and polished frequenters of the Trinity Business School

Such conversations that we hear unfold every evening from some of the UK’s future social media moguls are all too similar to many of our student environments. A particularly noteworthy example is the phenomenon of multiple people squeezing into a single cubicle of the ladies’ toilets – because, of course, the acoustics and the sound of urination aid the process of solving romantic issues.

A particularly entertaining aspect of Love Island is getting to witness the unsubtle – and often horrifyingly awkward – manners in which the islanders attempt to impress one another. Watching these encounters on screen – the bad pickup lines and cringe-inducing behaviours the islanders use to try win someone over – is amusing, but unfortunately all too relatable. We all remember when poor Yewande Biala, in efforts to mark her territory and show affection towards Danny Williams, walked over amid his conversation with another islander and, quite plainly, sat on him. Such bad flirtatious endeavours that make the viewer want to curl up into a ball are common on the show, but, let’s face it, we all put our romantic foot in it from time to time.

How many times have you pretended to be into surfing or have read Nietzsche to level yourself up on the attraction scale based on someone’s niche interests? How many times has your Instagram story played a song in the background by a band you know that hot lad in your Monday morning tutorial likes?

The scenes that emerge from a student pre-drinks bear resemblance to those of the islanders when subject to ITV’s torturous games. Apart from the fact that they flaunt Nasty Gal swimwear by the poolside, we similarly end up divulging the specifics of our sex lives, suss out potential fancies and make use of the lighthearted atmosphere to make moves.

Watching these encounters on screen, the bad pickup lines and cringe-inducing behaviours the islanders use to try win someone over are amusing, but unfortunately all too relatable

If you want to be academic about it, I believe a lot of the appeal towards watching Love Island lies in its thorough representation of some of the sociological phenomena that come with dating as a young person. There are few other shows that place a group of young individuals under a microscope through which narratives of jealousy, gaslighting, dependence or betrayal are in plain sight. Such experiences become most apparent when adolescents reach college age and are confronted with the inevitability of dealing with the ups and downs of dating. To watch Love Island permits a level of critique of what one should and shouldn’t do in the dating scene, without having to physically go through it.

However overtly British and horrifyingly cringey, the level of similarity between the show and our own college dating experiences is stark – but that’s all the more reason to indulge in the simple and comforting entertainment that it brings.