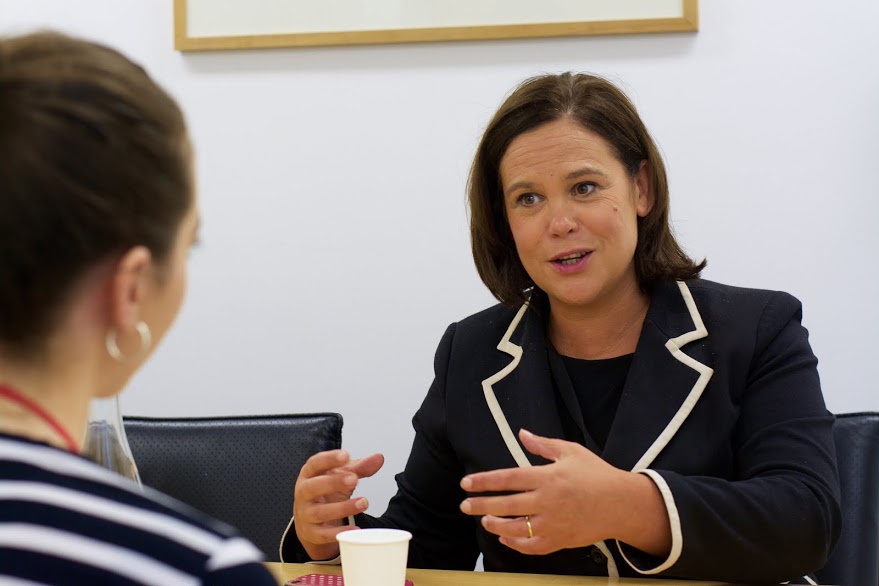 Beginning college is a special and exciting time. It means developing new friendships, embarking on new experiences and getting to grips with a subject you love.

However, for too many students, it’s also a time of stress and pressure as they struggle to meet the costs of college. This shouldn’t be the case, as students should be free to focus on the things which matter to them, instead of having to worry about their sky high rents or affording the highest fees in the EU.

New research published recently revealed that some students in Ireland are paying as much as €14,000 per year for college costs if they live away from home. This is an eye-wateringly high sum, which frankly won’t be affordable to most students from families on ordinary incomes.

While the figure is shocking, it will come as no surprise to thousands of students at colleges across Ireland who are all too familiar with how expenses add up and how little financial support they receive from the government to meet these costs.

Students often contact me to express how stressed they are about the cost of going to college and being fearful that they may have to drop out of their course for financial reasons. This shouldn’t be happening. It should be shameful to think that in 2021, some students are unable to continue their college education just because of how much their family earns.

We cannot allow higher education to become a luxury which is only accessible to students from wealthy families. Everyone should have a right to continue their education if they wish, regardless of their family’s bank balance.

The cost of going to college has spiralled in recent years and is only getting worse. A key reason is that college fees in Ireland are far too expensive – currently the highest in the EU. Sinn Féin believes college fees should be abolished for all courses.

Another key reason why the costs are so high is that rents are astronomical. Under Fine Gael and Fianna Fáil, a housing crisis has gripped the country and politicians have failed to act.

Sinn Féin believes that this isn’t good enough, and that the government must act urgently to end the housing crisis by sufficient construction of affordable homes. We also believe renters need better protections, including rents to be reduced and frozen which would put money back into renters’ pockets.

We also need to see SUSI grants increased and expanded, so that students who are the most in need can get the support they’re entitled to.

The current government doesn’t take students seriously and does far too little to listen to them and to stand up for their needs. But, these issues must be tackled head on if we are to say that we have a genuinely fair and equal education system.

All of the issues I have outlined can be achieved and would revolutionise students’ experiences of college. I am hopeful of this because of the major breakthrough for student equality earlier this year when student renters won important rights. A Bill introduced by my colleague, Sinn Féin spokesperson on Housing Eoin Ó Broin, passed through the Dáil which put an end to students being asked to fork out huge deposits upfront. This put an end to the unfair system of students being asked for entire terms’ worth of rent upfront by unreasonable landlords. Many students simply didn’t have that kind of money available and were thereby shut off from living in these properties.

After lots of hard work and campaigning by students and the Union of Students in Ireland (USI), that law finally passed a few months ago. This was a crucial change which was won by students sticking up for themselves and telling politicians that enough was enough.

So, while the current state of college costs is bleak, I am hopeful for the future and believe that change will come. The government must hear the message loud and clear that students won’t accept anything less than equality and fairness. Students should be able to enjoy their education, without the stress and strain of money fears. It’s time for an education system which puts students at its heart and finally listens to their needs.