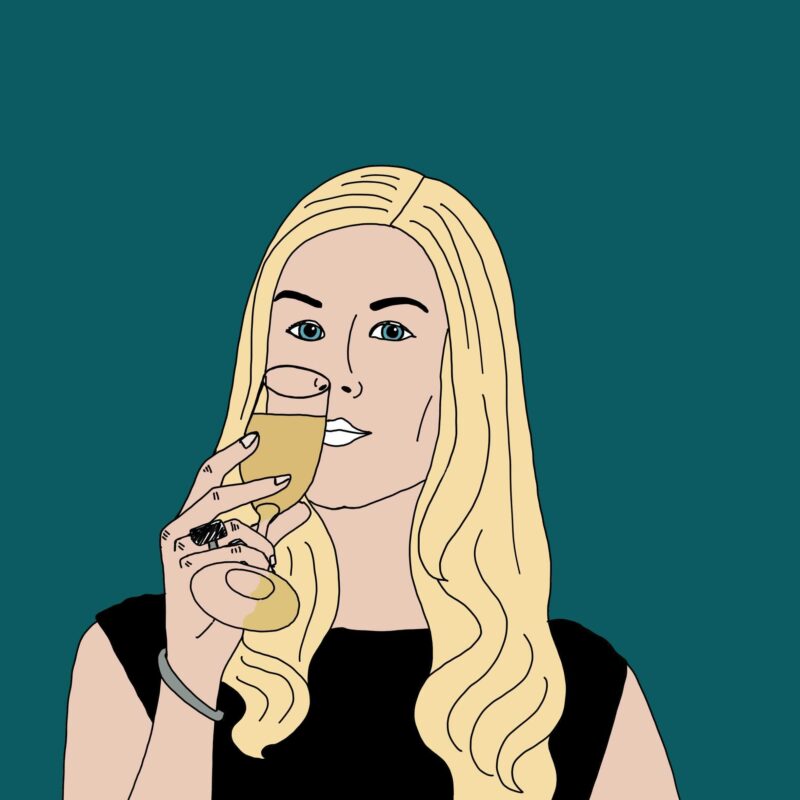 As a lifelong femininst, one of my favourite characters of all time is Amy Elliot Dunne from Gillian Flynn’s Gone Girl.

For many who have seen the film or perused the novel, this may not go down terribly well.

Amy is a psychopathic, murderous revenge monster who frames her philandering husband Nick up for murder. Or, in, layman’s terms, a proactive feminist.

Yet, still, the depth of the character lies not only in her ability to vie for the viewer’s (or reader’s) sympathy in the face of her betrayal, nor is it in her oft-neglected dexterity for at-home haircuts – to me, Amy presents audiences with something different: a female character you’re not supposed to like, but you are supposed to understand.

With her penchant for murder and a plethora of nefarious tricks on her unfaithful husband, it is not many female viewers’ desired wish to find themselves nodding along with many of the protagonist’s arguments, but there’s something about Amy with which audience members can empathise. The fundamental crux of this is epitomised in the character’s most revered monologue: the “cool girl” speech.

Sparking both internal debates in the minds of viewers, as well as keyboard sparring on the true message of Flynn’s work, Amy parses what it means to be a woman who hopes to fit the mould of a feminine woman externally, but internally endorses traditionally masculine things.

She’s Mila Kunis. Jennifer Lawrence. Megan Fox. She’s unattached and uncommitted but eternally sexy. She’ll eat pizza and drink beer, but she’ll still fit her size-four jeans. She loves sports and dirty jokes – and, above all else, very kinky sex. She’s forgiving of her partner’s shortcomings, but has none of her own. She doesn’t grouse, she doesn’t grouch, she doesn’t grumble.

Don’t believe me? Just ask Amy herself: “Cool girls never get angry, they only smile in a chagrined, loving manner and let their men do whatever they want. Go ahead, shit on me, I don’t mind, I’m the cool girl.”

Aas soon as viewers open their mind to the “cool girl” concept, they find her nestled in the cracks and crevices of so many major Hollywood films and novels. She’s Cameron Diaz in There’s Something About Mary, Sloane from Ferris Bueller’s Day Off, Megan Fox in Transformers, Zooey Deschanel in anything she has ever starred in.

While she may appear in different forms – some sexier, some more emotionally distant, some with more niche music tastes – the cool girl rears her perpetually well groomed head in a growing proportion of 21st century productions, across a number of different genres. From romantic comedies geared towards male audiences (Mila Kunis in Forgetting Sarah Marshall) to television series with a predominantly female viewership (Lorelei and Rory in Gilmore Girls), Flynn’s mediation on the cool girl forces audiences to dissect the gender dynamics at play in so much of the media we consume. 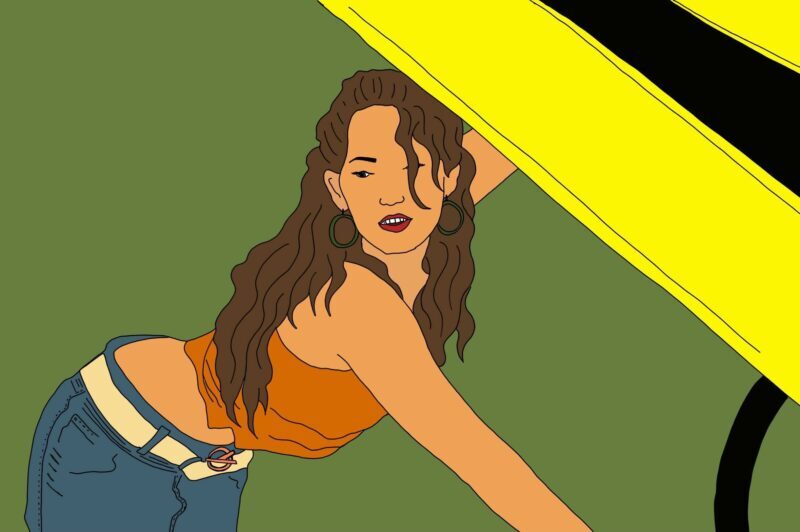 For me, the trope has always been a perplexing area of my personality. As someone who grew up naturally enjoying clothing, media and hobbies that many may have considered more “masculine”, it was not until I became aware of such a concept that I began to question the authenticity of my interests.

Had I veered away from Barbie dolls and bubblegum pink out of a genuine lack of interest, or had I been deterred from engaging in things that were considered feminine – and by association, frivolous – in order to be perceived as “cool”? To what degree was my rejection of femininity a mere matter of preference, and to what degree was it in order to seek the approval of men?

As a teenager, too, this mindset bled into the way I saw other women. As girls around me burrowed into the great expanse of contouring, push-up bras and high-heeled shoes, I dug my feet into the world of cool girls – sitting through tedious Quentin Tarantino marathons and memorising Blink 182 lyrics.

And with every male approval – every nod of appreciation for my music choice or shared eye-roll at someone else – I found myself assured, if not certain, that I, if nothing else, was at least a cool girl.

Even now I’m not quite sure I have quit the race for cool girl-ness. While it may not be as openly misogynistic in its condemnation of all things pink and glittery, our own concept of the cool girl is just as pseudo-feminist.

The cool girl in the Irish context drinks Guinness – without the blackcurrant, obviously. She knows all the words to the Smiths, but hates Morrisey nonetheless. She loves JD Salinger and Jack Kerouac. She’s opinionated, but not too much on the parts of feminism that actually make you question your own actions. She rolls perfect rollies and is amazing in bed. All her clothes are from Depop. Her hair is bleached perfectly, at home, but with no damage whatsoever. She’s politically aware, but not enough so that she’ll talk over you or make you feel less intelligent.

And most importantly, she will not bore you with horoscopes.

On many occasions, I have envied her. I have rearranged playlists to hide less impressive artists I secretly enjoy. Held back opinions in groups of men to avoid jeopardising my perceived air of coolness. Sought the approval of male friends over female friends.

I have even – in the bleakest of times – considered buying a fisheye lens for my phone camera for the nonchalant Instagram aesthetic.

But the buck doesn’t stop with the cool girl. While she supposedly is every man’s dream woman, from a female perspective she teeters on the edge of a “pick-me” girl – the other side of the coin.

As the internet’s latest victim, the pick-me girl thinks she is above other women, and as the overworked mantra goes, she’s not like the other girls. Encompassing an extensive number of condemnable traits, pick-me-ism is the cool girl from a female perspective: an agent of misogynism who allows men to validate outdated ideals that deem traits of femininity as something trivial, vapid and frivolous.

In one sense, the pick-me girl trope could be seen as a rejection of the cool girl, a condemnation of such an expectation on women.

However, when you slice it open and root around in its guts, the pick-me trope is cut from the same misogynistic cloth. While mocking a girl who attempts to appeal to the male perspective so obviously may make for a pretty hilarious TikTok video, it doesn’t anatomise the actual reasoning for this behaviour – the expectation to be the cool girl.

The pick-me girl is the icy, solidified product of a cool-girl mould. The desire to be different from other women, to detach from femininity, is simply the byproduct of internalised misogyny – and to condemn women for this is, in a lot of ways, quite ironic. As we seek out women to chasticise for their attention-seeking behaviour, we are simply reforming the misogyny into a different shape – creating an us-versus-them debate within our own gender.

While it may be relevant at times to critique the behaviour of our fellow woman as a reiteration of sexist ideals, it is also inherently sexist to accuse them of liking these hobbies, films and artists simply to seek out male approval.

Thus, I can’t quite figure out where I find myself on the spectrum of femininity, masculinity, feminism and misogyny. To what degree are the books I read, the artists I enjoy and the opinions I have a fulfillment of my feminist desires to revile from what is expected of me and to what degree am I still trying to meet them? Am I making my bra-burning predecessors proud? Am I a lowly pick-me girl or am I a cool girl?

As the internet’s latest victim, the pick-me girl thinks she is above other women, and as the overworked mantra goes, she’s not like the other girls

While I can’t say I am entirely in support of her propensity for muder and redress, Amy Elliot Dunne is a fascinating byproduct of this debate. As a protagonist who openly admits to her own attempts to tick every cool-girl box, female viewers are reluctantly in agreement with Amy’s mantra: the cool girl will never be enough. She does not exist. She may allow you to play devil’s advocate. She may not rant about feminism. She may roll her eyes at crystals and horoscopes. She may like beer, enjoy football, pay no heed to burps or dirty jokes – but she is not a doormat to wipe your muddied boots upon.

We are stuck on a hamster wheel of wearisome labels, unsure of how to liberate ourselves from fitting or promoting every new trope that rears its Hollywood head. If we’re not the cool girl, we’re the pick-me girl. If not the slut, then the nun. If not the nerd, then the bimbo.

So as audiences, as viewers and creators, as simple human beings going about their lives, how do we achieve this? How do we start seeing women as just that – a woman? How do we unhook, unzip, unattach from these labels? It’s quite simple: stop creating them.

And if that doesn’t work?

We always can give murderous revenge a go.