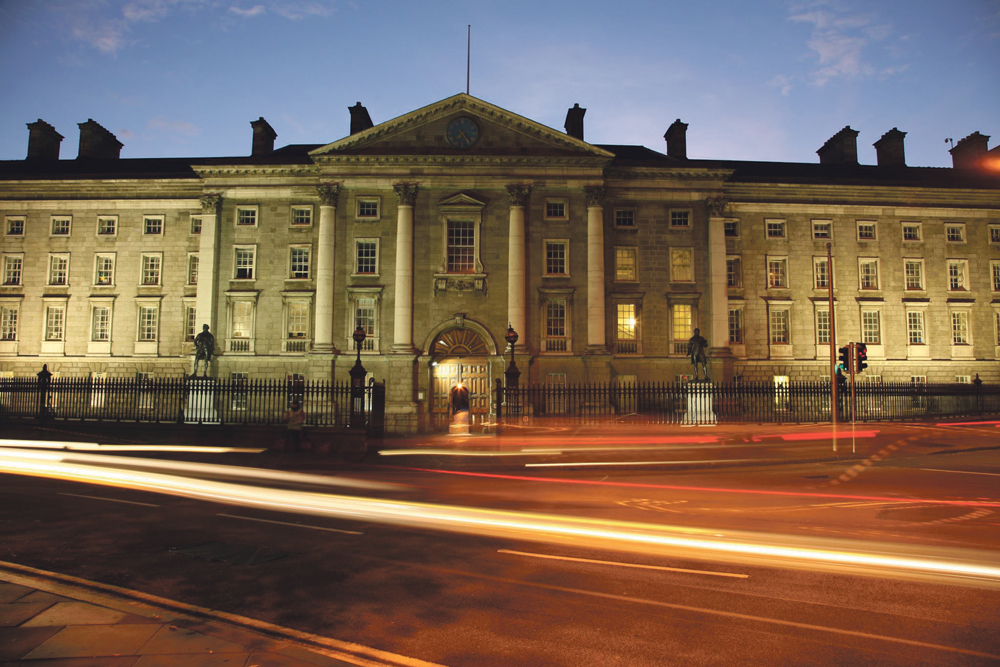 So, here’s the thing.

I started writing this month’s column and the lights went out.

I don’t mean that I fell off my chair, stupefied. I mean that the electricity died, and I had to resist the heroic impulse to run downstairs and hoover up all of the ice-cream in the freezer before it melted.

But I didn’t. Instead, I’m sitting here in the dark, picturing all that lovely Ben and Jerry’s Cookie Dough turning tragically to puddles and drips, but also basking in that pleasantly insulated sense of crisis a power outage always produces. It’s a distinctive feeling, a guilty mix of shocked recognition that the life we live is dangerously precarious, balanced by a sentimental longing for candles. But it also depends on the belief that a team of super-competent folk in hi-vis gear are already shinnying up a pole somewhere in the rain to do whatever it is that they do to fix these things.

And that made me think about the time the phone rang – maybe a year or so ago – and there was a voice (or, perhaps, a Voice, upper case) on the other end. This Voice sounded remarkably like our current Provost.

Power cuts are a distinctive feeling, a guilty mix of shocked recognition that the life we live is dangerously precarious, balanced by a sentimental longing for candles

The Voice asked me in lilting Corkonian tones if I knew someone named Fiona McDermott. Fiona, it seems, is associated with CONNECT, one of Trinity’s research centres. No, I didn’t know Fiona McDermott, but I quickly learned that had been my loss. I’m constantly amazed at the strange and wonderful things that are going on in the four and a half acres of the Trinity campus, and Fiona has been involved in one of the strangest and most wonderful over the past year or so.

Fiona is part of a group called Annex – a sort of annex to CONNECT, as it were. The rest of Annex are based all over the place (the others are Donal Lally, David Capener, Alan Butler, Clare Lyster, Sven Anderson – just for the record), and they were selected in 2020 to represent Ireland at what is probably the world’s most prestigious art and architecture event, the Venice Biennale. This is a big deal (or, since I’m being free with upper case letters today – a Big Deal).

Two bits of explanation are worth adding here: due to the pandemic, 2020 was cancelled (it sometimes feels like the entire year was cancelled), so the 2020 Biennale took place in 2021. In fact, it’s on at the moment, and runs until November 21st, if you happen to be in Venice over the next few weeks. And “architecture” is interpreted in a very wide sense in Venice, which means much of what ends up on show is really a kind of conceptual art.

Even as I write those words, “conceptual art”, I can sense eyetime flickering and pages being turned. We’ve all seen too many piles of old bicycles in the middle of a gallery that are supposed to represent man’s-inhumanity-to-bicycles or some-such bit of wisdom. But stay with me; what Fiona and the rest of Annex did was very different. It was very, very smart.

They produced a thing – I can’t really think of a better word for it, sitting here in the dark – called Entanglement. At the heart of Entanglement is a kind of circular steel enclosure, full of data cables and big screens. The whole structure is bubbled and singed, as if it had generated so much heat that it had spontaneously combusted, in spite of being supplied with several very large, very noisy cooling fans. When you look closely at the screens, you see a couple of things going on. You see a video of an alien luminous purple and orange landscape, which turns out to be what Ireland looks like when you fly a drone flying over Irish data centres, and use thermal imaging to show up the massive amounts of heat they generate. And on the screens you also see words, produced by artificial intelligence. Some are nonsense. But every so often, the machine speaks sense. The first words it wrote when it was switched on were: “The cloud is hungry and thirsty.”

There is a lot more going on in Entanglement, including a book (to which your humble columnist contributed), bits about connectivity, and the idea that if we used to tell our stories around a fire, maybe digital connectivity is the twenty-first century campfire. Don’t take my word for it: burn up some data, generate some heat, and have a look.

The point about Entanglement is that the data envelope in which you live your life is not free. Data is not invisible air with content. It is produced. Right now, if you are reading this on your phone or your iPad, it is only because, hidden in an industrial estate somewhere, there is big, heavy, industrial equipment that is very, very hungry for electricity, and which is churning out great blasts of heat. All of which is something I certainly hadn’t really thought about before.

And here’s the other interesting thing. This idea that there is an equation between data and power has now caught the attention of our neighbours up on Kildare St, some of whom have been up on their hind legs in the Dáíl to issue dire warnings that we can expect more and more power outages in the years ahead if we can’t find more intelligent ways to align power, data and heat.

All of which meant that I was more than usually relieved when the lights came back on – this time. I think I’ll have some ice cream now.

Prof Chris Morash is Trinity’s Seamus Heaney Professor of Irish Writing and a former Vice Provost. He will this year be writing a regular column, “Thingmote”, for The University Times. The thingmote was a mound of earth which served as a meeting space in Medieval Dublin. It was located just outside where Front Gate is now.